MOSCOW — Nicolas Maduro has been reelected as Venezuela's president for a new six-year term. Alexei Kolesnikov in the Moscow-based independent magazine The New Times looks at international reaction to the election, specifically as it relates to Russia:

"Last month's election of Maduro was clearly flawed and not recognized as legitimate by neither the country's opposition nor the vast majority of the global democratic community. Several authoritarian regimes, however, including Iran, North Korea, Syria and Russia, have recognized the election result, since these states have the same tyrannical, undemocratic nature and strive to sustain themselves as long as possible by creating the impression of "normality" of their illegal practices.

"It is especially interesting to compare Venezuela and Russia, which has long backed the Latin American country. What unites these two states? To begin with, they both have authoritarian regimes headed by dictators who hold on to power by resorting to electoral fraud. 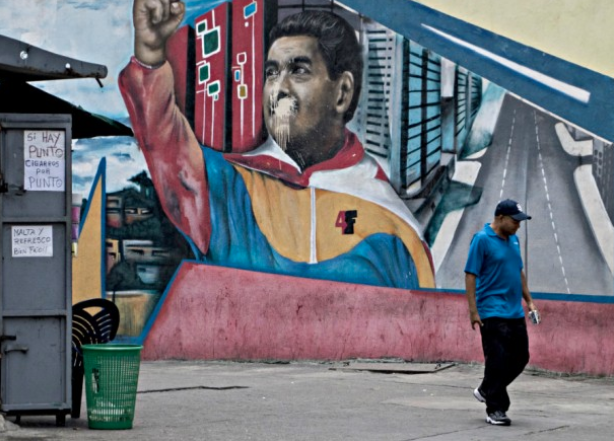 "Russia and Venezuela are also both rich in oil resources that are actively exploited by the ruling class for its own benefit, not for the people's good. Furthermore, both regimes are built on propaganda: They convince people of the rightness of their harmful and unlawful policies by means of constant lies and perversion of reality.

"However, it is still incorrect to say that Venezuela and Russia are the same. Russia has not yet reached such a state of collapse as Venezuela. But it is similar to the Latin American country in respect to recklessness and shamelessness with which state and social structures are being destroyed. If nothing changes in Russia, it may some day catch up with Venezuela. But now Russia is still capable of providing economic support for its ally, which is absolutely irrational and unprofitable from the economic point of view. This support pursues solely geopolitical and propagandist goals. For Venezuela's regime this economic help is extremely important as without it (and without China's support, too) it would have already crashed.

"Today the example of Venezuela is a real source of inspiration for the world's autocrats, including the Russian one. It demonstrates that such inhumane regimes can survive for quite a long time and even conserve the appearance of popular support and legitimacy."

Read the full article in Russian.