Fariba Adelkhah, a French-Iranian expert on Shia society, has critics on all sides. Since June, she's been jailed in Tehran's notorious Evin prison. She and her companion have been on a hunger strike since last month.

PARIS — For years, Fariba Adelkhah has been working and living on the edge, watched over by Iranian security services but still tolerated. This 60-year-old French-Iranian specialist of the Shia world at the Center for International Studies (CIS) at Paris' prestigious Sciences Po university is studying, from an anthropological standpoint, the mutations of the Iranian society under the Islamic Republic. This has always been a highly perilous exercise and is currently an impossible one for a foreign researcher. Women's rights, underprivileged people and cross-border traffic are indeed very sensitive subjects that Iranian authorities don't want investigated.

"Despite the current general opinion, a researcher is not an agent from foreign secret services. Results from their studies varies and the researcher does their work in the light of day," wrote Adelkhah, back in 2009, in an open letter following the arrest of Clotilde Reiss, a French student at the University of Isfahan, accused of taking part in demonstrations against the regime and detained for 10 months in Iran before being sent back to France after the payment of a 230,000 euro fine.

Adelkhah's research has been a reference in her field for more than 30 years. Yet it did not prevent her arrest on June 5 alongside her companion Roland Marchal, a French specialist of West Africa at the CIS who was visiting her. On December 24, she and Marchal went on a hunger strike alongside her Australian academic cellmate Kylie Moore-Gilbert.

Adelkhah has convictions, even though she's not an activist.

The initial charge of spying held against her is punishable by death, but was dropped on January 6, which was seen as a hopeful sign. Yet she remains accused of "threatening national security" and "propaganda against the Islamic Republic". She can now be visited by her family and her lawyer, but the authorities do not acknowledge her double-citizenship, so she couldn't benefit from any help from the French consulate, unlike Roland Marchal.

Working on Iran is not easy, and not only because of the regime's paranoia. Adelkhah has convictions, even though she's not an activist. She never claimed to be an opponent of the regime. "I've always stood for the independence of my profession regarding politics. For that, I've been under attack from all sides, whether it's inside or outside Iran, by men of power and intellectuals. All of this because my work is considered as not very Islamic by some fundamentalists or not secular enough by so-called defenders of the democracy," she wrote in an open letter announcing she gave up studying Iran back in 2009. She resumed it after Hassan Rouhani's election to the presidency in 2013. 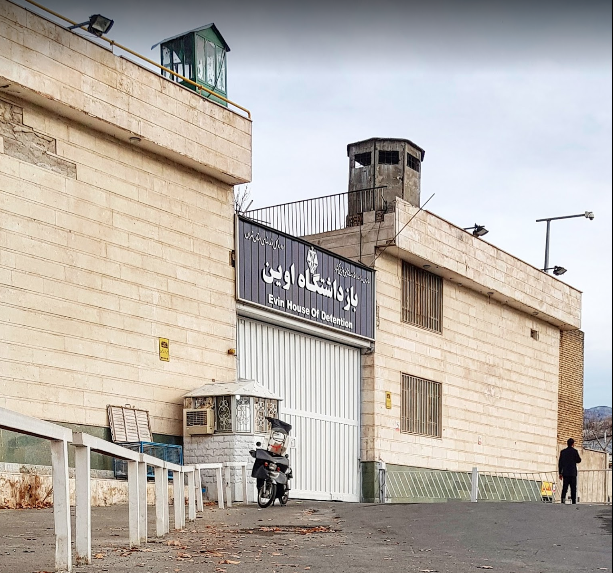 Unlike many intellectuals from the Iranian Diaspora, Adelkhah knows from the inside this very conservative and pious world of the Iranian lower middle class. Her very religious father nevertheless believed in education and did not hesitate to give up his hard-earned money for a Mecca pilgrimage to be able to give to his most motivated daughter so that she could study in France.

Adelkhah's intellectual journey is atypical in many regards. She's been influenced by the imperatives of truth and justice from a Shia philosopher, Ali Shariati (1933-1977), but also by the reading of Simone de Beauvoir's The Second Sex which she discovered translated in Farsi in university. "I've always liked to think of myself as being a bridge between my motherland and my adopted home," she once said. After four years of studying sociology in Strasbourg, she started her research in anthropology at the School for Advanced Studies in the Social Sciences (SASSS).

She did not make a whole lot of friends.

"She doesn't care about thinking like everyone else" says her former thesis supervisor Jean-Pierre Digard, who wrote the preface of her publication: Revolution under the Veil: Islamic Women of Iran (Karthala, 1991).

Based on numerous interviews with revolutionary Islamic women, she showed that the veil was also a way to invest the public space "in a religiously legal and moral way."

"She went out there, she stayed for a long time in those associations of pious women and understood how, back in the past, the chador was both a prison and a passport to get out in the streets, to study, to play a political role," explains Bernard Hourcade, former head of research at the National Centre for Scientific Research, another leading French specialist on Iran.

With her unconventional analysis among several of international refugees opposing the regime, her book did not receive a warm welcome. Always willing to be scathing and even provocative, she did not make a whole lot of friends at the time.

"How would you react if someone told you that numerous Iranian women have never been so free, self-sufficient and dynamic as they have since the Revolution in 1979? (…) Most likely by accusing your interlocutor of being a defender of the regime," she wrote back in 2007 in a long article of the newspaper Politix entitled "Islamophobia and uneasiness in Anthropology. ''

The French-Iranian researcher never hesitated to put her safety on the line by going to study Shia people living in the heart of Afghanistan, despite the Taliban. Her friends point out her determined character. In Evin jail near Teheran, she carries on with her hunger strike to demand her liberation, but also in the name "of all academics and researchers unfairly imprisoned in Iran and Middle-East."

After the U.S. assassination of General Soleimani and Tehran's accidental shooting down of a Ukra...

With a battered economy and recent anti-government street protests, can Iran fulfill its promise ...