Election banner of Hildegard Bentele, a candidate of the CDU for the 2019 European Parliament Election - Omer Messinger

Democratic systems offer little incentive for long-term thinking. But unless we can implement true, forward-looking policies, problems like climate change will only multiply.

BERLIN — The Christian Democratic Union (CDU) and Social Democratic Party (SPD) share much of the blame for waning confidence in their future leadership abilities.

The big coalition steers by sight, seeing itself only as a transitional government until a hoped-for new majority is obtained. As such, it keeps seeking short-term wins to boost its popularity numbers, but at the expense of self-imposed climate goals or tackling long-term reforms for pensions, infrastructure, education or for the EU.

At the same time — and this is not only the responsibility of the CDU and SPD — democracy as a whole suffers from notorious shortsightedness and ignorance of the future: Parties are hostage to the election cycles. And as a watchdog, the media is so fixated on personalities that it's rarely ahead of the game.

Public confidence with regards to future leadership abilities is highest for the Green party, but if they were to govern soon, they would first have to come to terms with the pressure of short-termism. Would they stick to their "radical realism" if the poll numbers go down again, or would they, like the CDU and SPD, only give small answers to the big questions of our time?

A promising option would be to institutionalize farsightedness in democracy.

A not unrealistic negative scenario is that governments change regularly and the big challenges remain permanently unsolved. In fact, the problems multiply.

These days we're talking mainly about climate change, and understandably so. But what about the increase of the world population by one third heading into 2100? But then, there could be about 2 billion people willing to migrate. How can democracies master such challenges and other mammoth ones in the long run, given their inability to demonstrate long-term thinking?

The fact is, there's no escaping any of this. According to the United Nations, at least 6.75 trillion people will be born over the next 50,000 years, completely outweighing the current population of 7.6 billion and all those 100 billion who have died so far. But the unborn have no interest group, no party, no parliamentary seat. 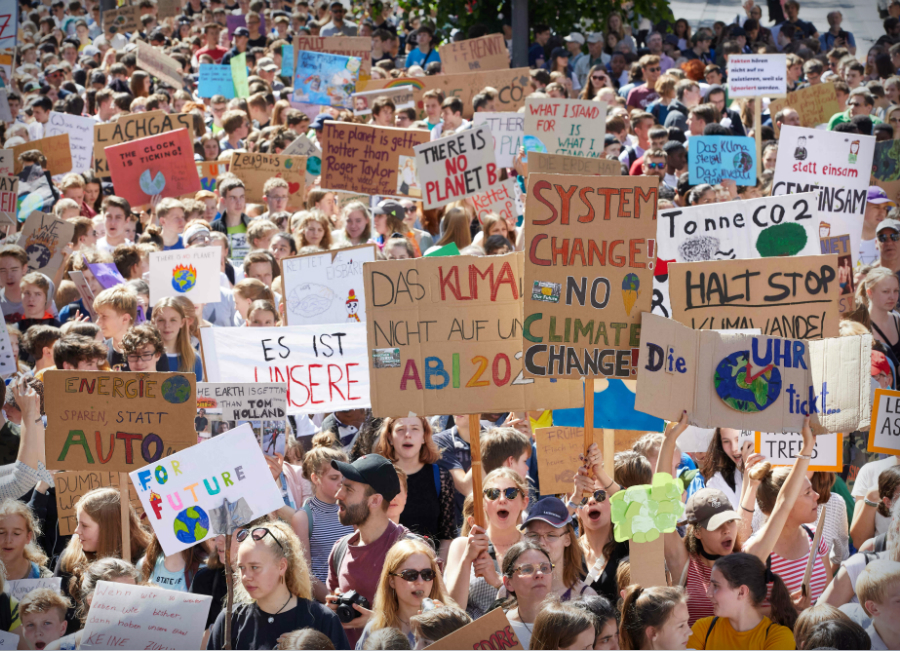 There is little point in increasing the time gap between elections in order to reduce the pressure of maintaining power. Longer terms would stretch governments' legitimacy like chewing gum, thus thinning it and, in the worst case, tearing it. Nor does the solution to this problem speak for a greater involvement of citizens. This could perhaps increase satisfaction with democratic processes, but not the sustainability of their results.

A promising option would be to institutionalize farsightedness in democracy. There are already some examples: The Finnish parliament has a permanent committee for the future that controls and evaluates the long-term planning of the government. Between 2014 and 2016, Sweden even had Kristina Persson as its first minister for the future. She was responsible for the long-term consequences of government policy.

In Wales, Sophie Howe was named future generations commissioner in 2016. She cannot prevent laws, but she can force her cabinet colleagues to justify decisions vis-à-vis the unborn citizens of Wales. In addition, Howe actively participates in public discourse. She is the voice of future generations.

Parties are hostage to the election cycles.

This role in political decision-making may contain an important key: giving a future commissioner a veto right in the legislation would be an undemocratic decision-making authority. But lending the future a voice in public debates makes long-term consequences a permanent benchmark for politics that neither politicians nor the media and citizens can escape.

Of course, there could still be democratic majorities for politics that is blind to the future. In view of the current dissatisfaction with the future abilities of the German parties, however, this seems unlikely.

The rendezvous with the future could be more constructive, because politics and the future would be in constant dialogue with each other. It would be a step forward to give long-term thinking a firm place in politics. That alone could initiate a cultural change in democracy.