On a recent trip to Sicily, Israeli novelist A. B. Yehoshua was reminded of the Mediterranean's still powerful role as a meeting place of peoples and cultures.

PALERMO — Once more the Italians have spoiled me, and after the Mantua literary festival in September I made my way to Sicily to receive an honorary political science degree bestowed upon me by the University of Palermo.

It has been some time now that I have called upon Sicilians, and the authorities of Palermo in particular, to take up the initiative of turning the island capital into a Brussels of the Mediterranean. I've written many articles and held many conferences on the subject, and in these last few years, as I rapidly approach the end of my life, the idea of forging a Mediterranean identity has become fundamental, and of great importance to me.

After all, we Israelis and Palestinians, unable to do otherwise, are heading toward a single state, and thus have an urgent need to find a common identity that can help cement our coexistence. The Palestinians are undeniably a Mediterranean people, and fully half of the Jewish population in Israel comes from the banks of the Mare Nostrum. If we could accept this historical and geographical identity as a common denominator — our other differences notwithstanding — this would considerably contribute to a future possible coexistence.

The idea naturally pleases Sicilians, though for the moment no way to bring it to life can be seen on the horizon. Yet there is no more ideal location for an administrative, political, cultural and economic center than Sicily, which is positioned at the very heart of the Mediterranean.

If the Italian government were open to concretely supporting this project, the Arab countries of North Africa, Spanish Andalusia, Egypt, Lebanon, and naturally Israel would all greatly benefit.

If we could accept this as a common denominator, this would contribute to a future possible coexistence.

The ceremony at which I was awarded the honorary degree, attended by the dynamic mayor of Palermo, Leoluca Orlando, was beautiful and touching. The mayor's speech moved me, and the other speeches also proved beautiful and full of goodwill.

Despite having accumulated considerable experience in Italy, I was nonetheless taken aback when, upon entering the office of the dean of the university, I discovered on the wall facing his desk a large, ancient, classical painting depicting a nude woman. Anything of the kind would be unthinkable in the office of a university dean in Israel, England or America.

The weaving in of classical beauty to the fabric of everyday life in Italy is a surprising phenomenon. With a smile I wondered to myself whether the dean, when penning the promotion letter of some or other professor, ever sought counsel or advice from the nude woman calmly reclining before his eyes. 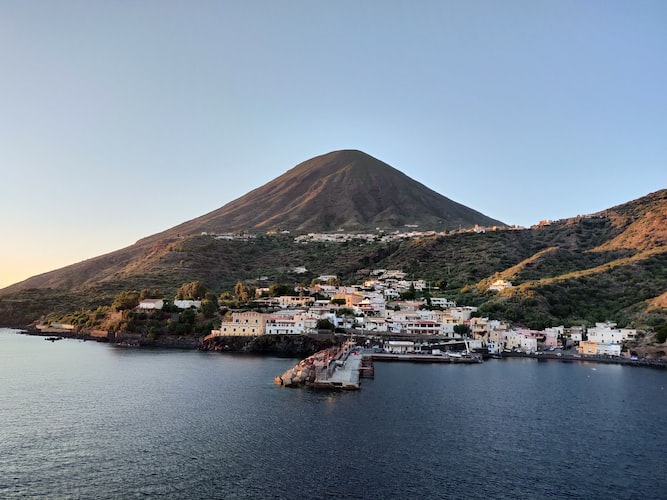 After the speeches and the congratulations we moved on to the banquet, and it was here that a man, perhaps in his 40s, who had not been able to attend the ceremony, approached me.

Addressing me in an excellent Hebrew, he introduced himself as Adham Darawsha, a Palestinian from Galilee whose father, or uncle, had once been a member of the Knesset. Adham has lived in Palermo for many years, is the city's cultural councilor, speaks fluent Italian, and gave the impression of being very sure of himself, conversing as an equal with the mayor seated next to us.

I discovered in him an agreeable personality with a delicious sense of humor, who knew my novels and particularly admired my Palestinian romance, The Liberated Bride, whose subtleties he understood.

We got along right away. I asked him how many Palestinians like him were in Palermo. "There are only seven of us," he replied, "and we do nothing but quarrel." His typically Israeli frankness won me over, and I became interested in his story, the different stages of his life, and how he succeeded in adapting so well to a foreign culture so different from his own.

The next morning he came to my hotel to take me to his office and introduce me to his colleagues. Naturally he knows my position regarding a single state for Arabs and Jews, and he agrees with me that, seeing and considering that the possibility of having two states has now vanished, there is no other solution. He speaks freely and critically of the Israelis, but also of the Palestinians. In short, he is a free-thinking man.

City officials and employees came to greet me in his beautiful office, and I had the impression that they had welcomed this Palestinian councilor, that they appreciated and trusted him.

I bid farewell to Adham with a warm handshake, and said to him as a joke, "I'd like to steal you away from here and take you back to Israel-Palestine, our shared homeland. If you do so well administrating the cultural life of Palermo, you could do the same in Haifa or Tel Aviv. But who would let you? Now that the distance between the Palestinians and the Israelis is growing, where in Israel would we find a mayor convinced that an Israeli Arab could manage his city's cultural life?"

The next day, falling prey to melancholic thoughts, I made my way to a film festival on the island of Salina, just facing Stromboli, where I was assured that by night one could see the volcanic eruptions. The island, the inn, and the hospitality were all perfect. It seemed like I had arrived in paradise to rest and regain strength before the elections in Israel, whose results I greatly feared, like all those who oppose Benjamin Netanyahu.

But here the Palestinians surprised us. They increased their voter turnout, and the result obtained is clearly better than that of the election five months ago. Faced with Netanyahu's hate campaign, the Israeli Arabs clearly expressed their desire to be part of the public and political reality of Israel, and the party that represents them is now the third-strongest power in the Knesset.

Now, I told myself, it's true that I didn't succeed in tearing Adham Darawsha away from Palermo, but something of his spirit has arrived with me in Israel. We can't lose hope.

*The author is an award-winning Israeli novelist, essayist and playwright.