How Russia Returned To Center Stage In The Middle East

As Trump leads a U.S. retreat from the region, Russia has methodically moved back into a position of influence that it had in Soviet times.

MOSCOW — After the collapse of the USSR, Moscow's influence in the Middle East was suddenly stuck at zero. On paper, Russia remained a co-sponsor of a Middle East diplomatic framework, alongside the United States, but nothing tangible remained of that status. Russia's absence at the summit on the settlement in Egypt's Sharm el-Sheikh in October 2000, at the height of the Palestinian intifada, was a symbolic bottom.

Nineteen years later, the U.S. called on a resurgent Russia to take part in the Middle East Summit in February 2019 in Warsaw, aimed at building a new system of relations in the region: from the economy to security. From a position of power, Russia chose to not attend the summit, along with representatives from Iran, Lebanon and Palestine.

And now, the current upheavals in the Syria war gives further insight into Russia's growing influence in the region. As Turkey launches a military invasion of Kurdish-controlled lands in northern Syria, the operations were discussed beforehand in a phone call between the Turkish President Recep Tayyip Erdoğan and Russian President Vladimir Putin, according to the Hürriyet Daily News. This happens as the U.S. military is withdrawing from the area.

The roots of the restoration of influence of Russia in the Middle East trace all the way back to 2000 with the visit of former Russian Foreign Minister Igor Ivanov to Algeria. In 2001, Algerian President Abdel Aziz Bouteflika arrived in Moscow on his first visit in 15 years; the parties signed the Declaration on Strategic Partnership, and renegotiated Algerian debt to Moscow. Between 2005 and 2008, Russia wrote off significant amounts of debt to Algeria, Syria, Libya and Iraq in exchange for guarantees to future contracts.

In 2000, almost all of the business projects of Russian companies in the Middle East revolved around Iraq.

The year 2001 was marked by the first visit of the Foreign Minister to Libya in the history of bilateral relations. During the negotiations, intensification of trade and economic cooperation was discussed, including the work of Russian oil companies in Libya. Yet, mutual visits at the highest level followed only eight years after. Russian President Vladimir Putin visited Tripoli in April 2008, and six months later, Libyan leader Muammar Gaddafi flew to Moscow. Just two years later, Colonel Gaddafi's country would disintegrate after his death.

In 2000, almost all of the business projects of Russian companies in the Middle East revolved around Iraq. Russia actively participated in the Oil-for-Food program, established by the United Nations in 1995, to assist the population under sanctions. The share of Russian companies in the purchase of Iraqi oil was 30-40% of the total volume of Iraqi exports. In 2000 alone, taking into account the directive adopted by the Iraqi leadership on the priority of Russian companies, the number of contracts signed with Russia amounted to $ 1.2 billion. Moscow was also one of the leaders in the supply of humanitarian goods to Iraq.

However, the sanctions during Saddam Hussein's reign did not allow implementing serious projects, for example, the development of the West Qurna oil field by the Russian company Lukoil. Millions were earned but also lost in Iraq. Therefore, Russian business became the leading lobbyist for lifting the UN sanctions on Baghdad. 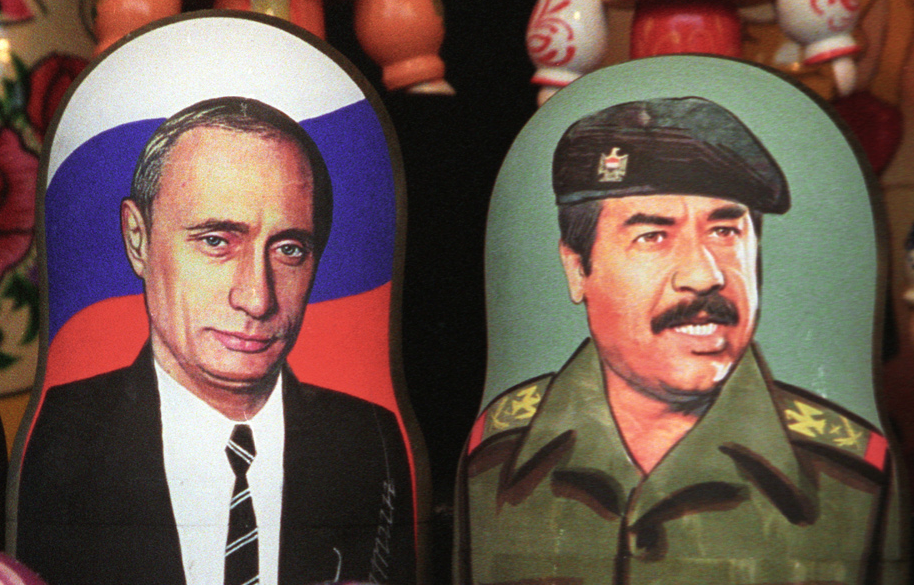 Moscow strongly opposed a forceful scenario of interaction with Baghdad, but no one could stop the war in Iraq. Russia tried to adapt to new circumstances and maintain at least part of the contracts concluded under the previous regime. In December 2010, a consortium of Lukoil and the Norwegian company Statoil won a tender for the development of the West Qurna-2 oil field, an agreement on which Moscow had with the previous Iraqi authorities. Almost simultaneously, Gazprom Neft, together with foreign companies, won a tender for the development of the Badra field.

The new Iraqi authorities quickly established economic contacts and military-technical cooperation with Moscow, despite their dependence on the United States. By 2014, Iraq was the second-largest importer of Russian weapons, following India.

To this day, Baghdad remains one of Moscow's most reliable partners in the Middle East, despite Iraqi's close ties with the United States. Even though it was the military campaign in Iraq that played a significant role in the breakdown of Moscow's relations with Washington and London.

At the same time, Russia formed a diplomatic union in the Middle East with France and Germany. And this union is still preserved, both in the Syrian conflict and in the situation around Iran.

With the "Arab spring," the regimes with which Moscow had maintained links from the Soviet era, also vanished, leaving no contacts either with the opposition or with civil society in the Arab countries.

Baghdad remains one of Moscow's most reliable partners in the Middle East.

In 2011, Russia abstained from voting in the UN Security Council, hoping that there would be no intervention of external forces in the Libyan conflict, which turned out to be a mistake. If Damascus was lost, the ambitions in the Middle East could be forgotten forever. It was in the Syrian conflict that Moscow took a different approach, starting a veto war in the UN Security Council. But the most unexpected move was the start of the military campaign in Syria in 2015.

Russia's attempts to maintain the regime in Syria, however, had a negative impact on its newly-established relations with the monarchies of the Persian Gulf. After President Putin visited Saudi Arabia and Qatar in 2007, Russian cooperation with these countries, which have always been in the sphere of American influence, intensified. The conflict in Syria again separated Moscow and Riyadh with Doha, but the military campaign of the Russian Aerospace Forces has changed the alignment of forces.

The two countries were also brought closer by a sharp drop in oil prices that began in late 2014. Moscow and Riyadh have faced similar challenges in diversifying their respective economies. Personal contacts between Putin and the Emir of Qatar Tamim bin Hamad Al Thani influenced the alignment of the dialogue with Doha. But the most active cooperation came in 2017 after Qatar found itself in an economic blockade by Egypt, Saudi Arabia, the UAE and Bahrain.

The competition is very high both on the economic and political fronts. Over the 15 years since the beginning of the Iraq war, Russia's trade with Arab countries has grown by about ten times and reached almost $22 billion in 2018. Washington's trade with Arab countries exceeds $100 billion, mainly due to the countries of the Persian Gulf region. But Egypt's current annual trade with Russia and the United States, for example, is approximately at the same level: $7.6 billion.

As always, the Middle East remains as complicated as it is strategic in both political and economic affairs. And Moscow is again a pivotal part of everyone's calculations.

A sudden rash of constitutional changes, and the government's subsequent resignation, looks to be...

Enemies Past And Present? How The NATO Summit Looked In Russia

-OpEd- MOSCOW — Despite the predictions before this past week's NATO summit of a major ...