How Colombian Crime Networks Cash In On Venezuela's Misery

Venezuelans are sloshing their way across the Táchira River to seek jobs in Colombia, or smuggle food and fuel. Out of sight, but very much in control, are a pair of powerful criminal gangs.

CÚCUTA — Colombian immigration authorities track how many people enter the country legally. On a recent weekend, some 60,000 came in via the Simón Bolívar bridge, the principal entry point between Colombia and Venezuela. What they don't know is how many Venezuelans cross the porous, 2,219-kilometer border illegally.

There are even breaches in the border right near the Simón Bolívar bridge, illegal crossing points, El Espectador recently observed, that Venezuelans use on a daily basis to escape their country's poverty, spiraling crime and increasingly restrictive political conditions. And like with every humanitarian crisis, there are also the vultures — in this case criminal gangs and perhaps members of the Venezuelan National Guard — who are eager to cash in on other people's misery. Crossing the border has become a business, an open secret that no one mentions but everyone is aware of.

Two of Colombia's bandas criminales (criminal gangs) — the Rastrojos and the Gulf Clan, essentially rebranded paramilitaries — control these illegal crossings. They decide how many pass, who passes and what they can take with them.

Many of the people coming in hope to find work in Colombia. But others are food or fuel traffickers who must pay the gangs duties on the contraband they smuggle. There's big money involved. Police believe the gangs charge as much as 20,000 pesos (about 5.5 euros) for each person crossing on foot, 30,000 (8 euros) for anyone on a motorbike, and up to 100,000 pesos (nearly 28 euros) for people driving a car.

Traffickers fork over what is asked knowing that even with the payout, they stand to turn a profit. That's especially true for fuel smugglers, who buy diesel in Venezuela for the equivalent of 0.04 euros per gallon and sell in Colombia for 33 times the price. 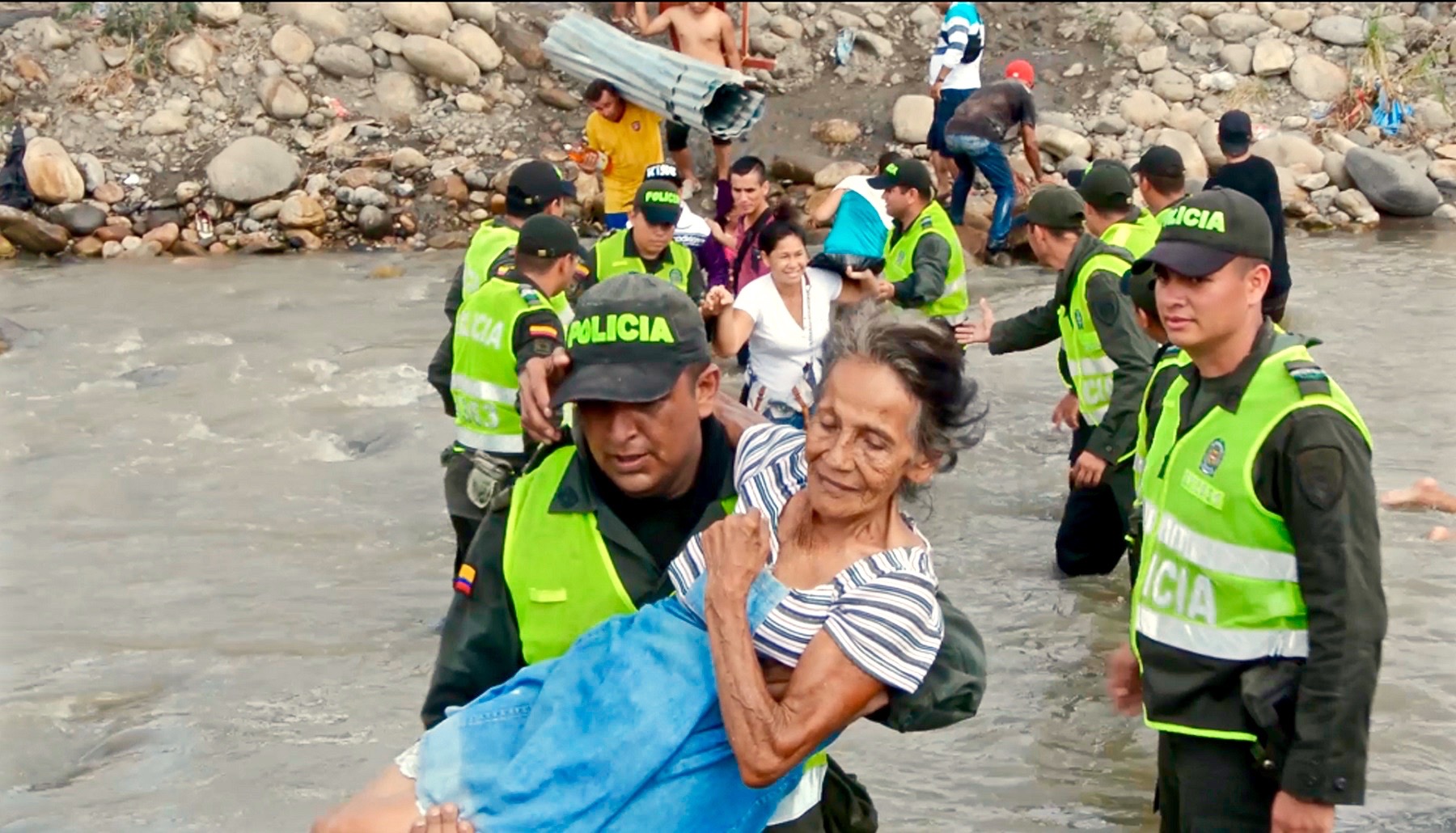 In 2017, authorities confiscated 400,000 gallons of smuggled gasoline. But it's the paramilitaries who seem to have the upper hand in this cat-and-mouse game. Smugglers are usually poor and have few work prospects, so the smuggling workforce is plentiful and cheap. The Colombian public statistics agency DANE estimates that in Cúcuta, a large city located about 10 kilometers northwest of the Simón Bolívar bridge, 70% of the eligible labor force works informally.

I dropped out of engineering in the first year, and look at me now. Crossing the border illegally so I don't die of hunger.

Cúcuta is in the department of Norte de Santander, which has a nearly 200-kilometer border with Venezuela. Beside paramilitaries, the department also hosts the ELN, Colombia's largest remaining Marxist militia group now that the FARC has disbanded. Needless to say, it's an explosive region.

'This is what happens when you don't study'

Less than 200 meters from the Simón Bolívar bridge we spotted a group of Venezuelans trying to enter Colombia illegally. Their expressions spoke of fear and hope. Fear, because if they're caught, they'll be deported and have all their belongings confiscated; hope, because they're tired of being hungry and penniless, and believe something better awaits them in Cúcuta, Medellín, Bogotá or wherever they can settle.

They group moved quickly, thinking of several things simultaneously and watching for Venezuelan or Colombian agents. Around there were lookouts who whistled to let them know the coast is clear. As they made their way into the river, one man swayed under the weight of a large white box, perhaps a small fridge. He tried to keep his balance but stumbled, the box crashing into the water. The man froze until someone further back whistled.

Behind him came a younger man with a suitcase on his shoulder. "This is what happens when you don't study," he said when he realized we're reporters. "I dropped out of engineering in the first year, and look at me now. Crossing the border illegally so I don't die of hunger."

On the Colombian side, police periodically patrol along the riverbank. There is a security presence on the Venezuelan side too — members of the National Guard — but according to one migrant we saw crossing, they don't interfere. A National Guard official who asked not to be named said only that none of his men are collaborating with the bandas criminales.

A Colombian officer posted here, Lt. Col. Carlos Darío González Villamil, told El Espectador that the army has identified 57 illegal entry points along the border passes. But that could easily turn into 157, he added.

"The border is very porous, and since the river doesn't have much water, any place can become an illegal crossing," the officer explained. "In some places there are no natural features to tell you where one country ends and the next one begins. It's impossible to cover the entire border."