Disarmament To Rearmament: The Quiet Return Of Nuclear Risk

PARIS — "Kolossal'naya opasnost." In a recent BBC interview, Soviet leader Mikhail Gorbachev used those two words - "colossal danger" - to sound the alarm of the risk the world faces as tensions rise between Russia and the West. What prompted such strong language to describe the geopolitical standoff? Two more words: nuclear weapons.

Indeed, Gorbachev himself was a key player in unprecedented atomic disarmament a generation ago, signing the landmark 1987 accord with U.S. President Ronald Reagan to reduce arsenals of the then two superpowers with the Intermediate-Range Nuclear Forces Treaty (INF Treaty). Over the past year, both the U.S. and Russia announced their withdrawal from the INF.

But the current state of disarmament (or rearmament) goes beyond Russia and the West, with simmering tensions from Pyongyang to Tehran to Islamabad. But just how likely is a nuclear war? And would it be possible to wage such a war in a limited format?

In May 2018, the United States withdrew from the 2015 nuclear agreement with Iran. This week when Tehran announced that it would renew its nuclear program and increase enriched uranium production, even if its stated that it was "entirely for civil purposes," the region and the world got a little bit more dangerous. 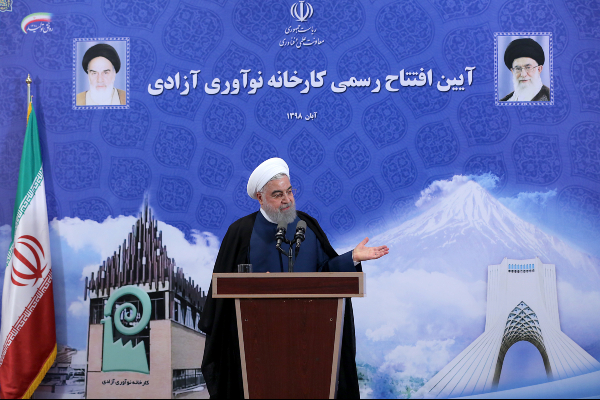 In an interview last month with the Russian newspaper Kommersant, UN Under-Secretary-General for Disarmament Affairs Izumi Nakamitsu explained that disarmament as we've commonly understood it is no longer observed in the world.

"If the parties allow [START III] to terminate in 2021, then for the first time since the 1970s, the two largest nuclear powers in the world will have no restrictions on strategic nuclear stocks," Izumi Nakamitsu

Moscow blames Washington for violating international anti-nuclear accords. Washington blames Beijing. Beijing blames everyone else. And the list of nuclear-countries also includes North Korea, Pakistan, India, Israel and the United Kingdom. It's also worth noting that the third country in terms of the number of nuclear weapons, after Russia and the U.S., is not China at all, but France.

Earlier this year, announcing the U.S. withdrawal from the INF Treaty, U.S. Secretary of State Michael Pompeo said that the arms control regime could be reanimated. "The United States stands ready to engage with Russia on arms control negotiations that advance U.S. and allied and partners' security, and are verifiable and enforceable," he said. "It must also include all the partners that must all responsibly comply with their obligations. As we remain hopeful of a fundamental shift in Russia's posture, the United States will continue to do what is best for our people and those of our allies."

Nuclear-weapon countries are often involved in regional conflicts and competitions.

According to the chairman of the Russian Council on Foreign and Defense Policy, Fedor Lukyanov, this call will not be heard. "In an ideal world, of course, everyone should have sat down at the negotiating table and worked out a new arms control regime that would suit everyone. But in our real world, no one will conduct these negotiations. The United States is in tense relations with Russia, China generally refuses to even discuss such an opportunity, citing the incomparability of its arsenal with the American or Russian," he said.

China also reacted publicly to the decision. "The U.S. unilateral withdrawal from the INF Treaty may trigger a series of adverse consequences. China will closely follow relevant developments," said Geng Shuang, spokesperson for the Chinese Foreign Affairs Ministry. "What is imperative at the moment is to uphold and implement the existing treaty instead of creating a new one."

Nuclear-weapon countries are often involved in regional conflicts and competitions. Such is the case in Kashmir, in the Middle East, and the Korean peninsula. If previously, there were only two superpowers, today the so-called "bipolar world" is a luxury that longer exists. Disarmament is all the more complicated because of it.

Izumi Nakamitsu notes the importance of another factor: the rapid development of science and new technologies. Arms control and disarmament have always focused on the quantitative characteristics of arsenals. From 70,000 warheads as a result of disarmament after the Caribbean crisis, "only" 13,000 are left. But in terms of the qualitative characteristics, we again become witnesses to the arms race.

"We don't know what the consequences of malicious activity in cyberspace can be, the potential consequences of using weapons on artificial intelligence, hypersonic weapons," says Nakamitsu.

In 2018 the Trump administration announced the developing of a new "low-yield" nuclear warhead design. But Nakamitsu says the concept of "nuclear weapons of ground power" is absurd. 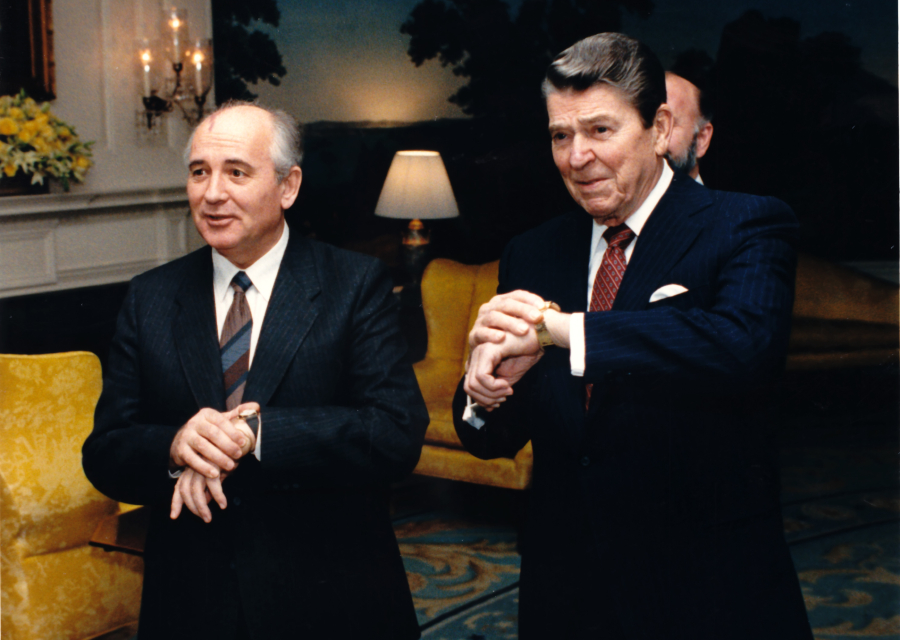 So who owns what? The nuclear-weapon states are China, France, Russia, the United Kingdom, and the United States. These countries are officially recognized as possessing nuclear weapons by the Nuclear Nonproliferation Treaty (NPT), which currently none of them have signed. According to the Arms Control Association (USA), the following figures are at best estimates of each nuclear-weapon state's nuclear holdings, including both strategic warheads and lower-yield devices referred to as tactical weapons.

Non-NPT Nuclear Weapons Possessors are India, Israel, and Pakistan, countries that never joined the NPT but are known to possess nuclear weapons.

India first tested a nuclear explosive device in 1974, thus prompting Pakistan to start arming itself as well. The nuclear abilities of both countries were demonstrated in 1998 with a round of tit-for-tat nuclear tests.

Israel is universally believed to possess nuclear arms, although it is unclear exactly how many, as the country has not publicly conducted a nuclear test, and does not admit or deny having nuclear weapons.

The following arsenal estimates are based on the amount of fissile material (highly enriched uranium and plutonium).

States of Immediate Proliferation Concern (which means nobody knows what to expect from them) are Iran, North Korea and Syria. Iran pursued a uranium-enrichment program and other projects that provided it with the capability to produce bomb-grade fissile material and develop nuclear weapons. North Korea announced its withdrawal from the NPT in 2003 and tested nuclear devices and nuclear-capable ballistic missiles. Yet, it is unclear how many nuclear devices North Korea can possibly have. And Syria has refused to cooperate with the International Atomic Energy Agency after Israel accused it of building a nuclear reactor.

As the tension between the nuclear countries grows, countries that have nothing to answer in response to the nuclear threat have even more reason to worry. And experts and politicians are again having to rely again on what was known during the Cold War as "mutually assured destruction," (M.A.D.) — in other words: countries won't use nuclear weapons because they know it would prompt a nuclear counterattack that would lead to its destruction.

Perhaps the most worrying nuclear-equipped corner of the planet is South Asia. The recent tensions over the disputed region of Kashmir pits two nuclear-armed neighbors, Pakistan and India. Writing in the Indian news outlet The Wire, Aditya Ramanathan noted that Pakistan has sought in the past to offset India's superior power with threats of nuclear attacks. Back in 2002, Pakistani Lt General Khalid Kidwai, laid out four conditions under which the country would use nuclear weapons against India:

"These were: the conquest of a large portion of Pakistan, the destruction of a large part of its armed forces, "economic strangling", and "large-scale internal subversion," writes Ramanathan. "If you don't state your redlines clearly, your adversary will stop short of them. If these conditions seem ambiguous, it's because they're meant to be. Like M.A.D., it's an approach that works, until that grim day that it doesn't.