Can India And Iran Rekindle Their 1990s-Era Romance?

After a difficult 15 years, relations between New Delhi and Tehran are in need of improvement. The recent visit in India by Iranian President Hassan Rouhani was key first step.

NEW DELHI — Prime Minister Narendra Modi has, in the last two months, visited Palestine, the United Arab Emirates and Oman, in that order. He has also hosted Israeli Prime Minister Benjamin Netanyahu and, last week, Iranian President Hassan Rouhani. In between he squeezed in a rushed hug to Jordanian King Abdullah.

On the surface, this appears like a masterly balancing of relations with both sides of the Shia-Sunni divide so manifest since the Arab Spring in 2011. The rise of ISIS from various Sunni groups fighting the Syrian defense forces and their sudden capture of vast swathes of northern Iraq after the sudden fall of Mosul in June 2014 rang alarm bells in Washington and other capitals aligned to it.

The old method of the United States leading from behind, with cash-rich Gulf ruling families bankrolling U.S. military equipment for their favorite anti-Assad groups, had clearly failed. Former President Barack Obama rewrote U.S. strategic approach to the region by surmising that ISIS could not be rolled back unless Iran was unshackled from the sanctions imposed after the discovery of its clandestine nuclear enrichment program in 2003.

The 2015 nuclear deal between Iran and P5+1 heralded this switch, which naturally had the Saudis and Emiratis cursing under their breath in public and quite vehemently in private. Leaked conversations involving the late Saudi King Abdullah had him seeking decapitation of Iran like that of a snake. Russia joined the party in 2015 by extending direct air support to the beleaguered Syrian army. The United States had, in any case, stepped in after Mosul's fall to help reconstruct a collapsed Iraqi military hierarchy and begin air attacks on ISIS targets. Iran unleashed its military assets in aid of Assad and against ISIS in combination with their ally, Hezbollah, from Lebanon, thus altering the balance in favor of Assad.

The decline set in once the clandestine Iranian nuclear enrichment program was discovered.

U.S. President Donald Trump assumed office in 2017 berating the Iran nuclear deal and promptly reversing the Obama pivot by endorsing a Saudi-convened conclave of Sunni powers. The anti-Iran forces thus found U.S. support to contain Iranian influence across a Shia crescent stretching from Iran to the Mediterranean, reminiscent of the Achaemenid Iranian empire two-and-a-half millennia ago. Crown princes in Saudi Arabia and the UAE, both called Mohammed, committed their untested but equipment-heavy military against Iranian surrogates, the Houthis, in Yemen.

Iranian President Hassan Rouhani's visit to India took place against this background. Relations between India and Iran were at their closest after the Soviet withdrawal from Afghanistan, when Pakistan-aligned forces, mutating later into Taliban, captured power in Afghanistan. This lasted until 2003, the high point being when Iran's then president, Mohammad Khatami, was the guest of honor at the Indian Republic Day parade.

The decline set in once the clandestine Iranian nuclear enrichment program was discovered, leading to threatened sanctions, dialogue and then, with Mahmoud Ahmadinejad assuming the presidency in 2005, confrontation. Concomitantly, India was negotiating a nuclear deal with the United States, led at the time by George Bush, who saw India as potential market and a balance to rising China and determined, therefore, that it should be liberated from the technology-denial restrictions that had constrained it since its 1974 nuclear test. Thus, India-Iran relations became a litmus test for the United States to determine whether India was willing to stand firm in opposing nuclear proliferation. As a result, no Iranian president was received in India on an official visit for 15 years despite surface bonhomie.

Therefore, it is not surprising that many of the themes in the joint statement issued at the end of Rouhani's visit hark back to a decade and a half ago, when meaningful engagement ceased. India needs Iran as an oil and gas resource and to provide access to Afghanistan and Central Asia. Iran is also a large potential market with a sophisticated albeit resource-constrained populace. For 15 years, India, Japan and the European Union vacated market space in the 15 years — to the benefit of China. 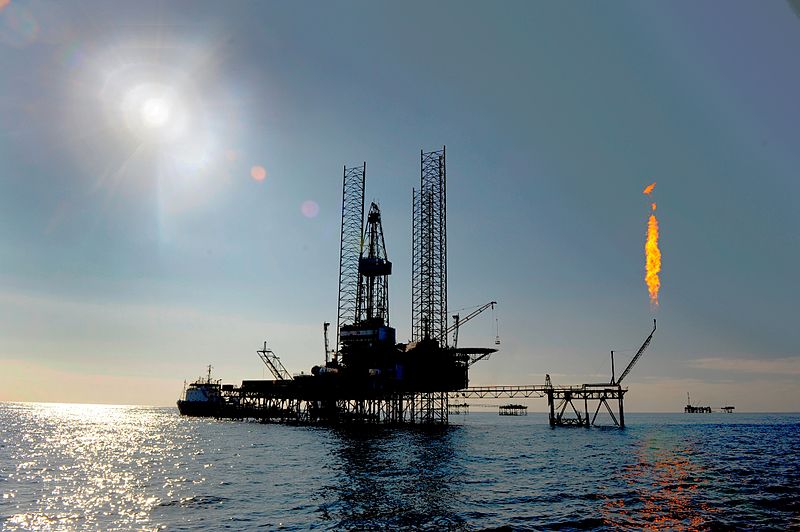 Despite sanctions getting lifted after the 2015 nuclear deal, foreign investment in Iran did not gush, in part because of Iran's propensity to over-negotiate, but also because of the continued presence of the Islamic Revolutionary Guards Corps (IRGC) in the oil and gas sector and the continuation of many U.S. banking sanctions pertaining to Iranian human rights violations and their support of terror groups.

In the case of India, there's an additional issue: a lingering sense, in the Iranian mind, of betrayal; a sense that India got special treatment by securing a nuclear deal despite being a non-signatory to the Nuclear Non-Proliferation Treaty. Naturally, Iran would ignore that they, despite having been signatories, breached it by their dalliance with the clandestine nuclear supermarket of Pakistan's A.Q. Khan.

Rouhani's visit has attempted to bridge the psychological and strategic divide. It is unlikely that Iran's president will be able to immediately deliver on giving India control of oil and gas fields with discovered assets — even when discoveries were made by Indian companies. No doubt the more radical elements around the supreme leader want Indian conduct to be watched for some time. The connectivity issue is complicated as well. India will gain short-term control over some berths at Chabahar Port, on the Gulf of Oman. But the free-zone is controlled by Iran and is wrought with difficulties as Iranian regulations and oversight will be cumbersome. China also lurks in the background and may want collaboration with Iran rather than competition for its port at Gwadar.

It would be unrealistic to imagine that a firm handshake alone will rekindle the 1990s romance between India and Iran.

Arguably the most important element at play is the growing chasm between Iran and the United States, Israel and their camp followers in the Gulf, as Iran is unlikely to reel back its huge strategic footprint voluntarily. A new great game has begun. In the case of Afghanistan, Iranian interests lie in the United States being pinned down as it was in Iraq, from 2005-06, by Shia militias. And in Yemen, the battle of attrition will continue with Iranian surrogates pitting themselves against Saudi and Emirati forces and their allies.

It would therefore be unrealistic to imagine that a firm handshake alone will rekindle the 1990s romance between India and Iran. In that sense, the hug that Modi did not give Rouhani underscores his discomfort in properly engaging with the Islamic world. Combined with the Muslim-baiting at home that Modi allows his fringe, his outreach to the Islamic world is more theater than genuine balancing. The danger lies in the fact that the Iranian mind excels in exactly this kind of dissimulation. Modi may have finally met his match in Iranian clerics and the IRGC. As they say, the game is on, and for India's geopolitical scenario, expect some unforeseen twists and turns.

*K.C. Singh is a retired Indian civil servant and was the Indian ambassador to Iran.