'The People v. Elites': An Existential Threat To Democracy

Failure to address spreading anger with economic inequalities, and to check its attendant demagoguery, may undermine the very functioning of liberal democracies.

BUENOS AIRES — The Bulgarian political analyst and intellectual Ivan Krastev states that in times when populism is gaining strength, the main political fight has ceased to be between Left and Right, or reformers and conservatives. The emerging, central and structural conflict is between elites increasingly distrustful of democracy, and discontented majorities espousing ever-more illiberal views, in the political sense of the term. To this he adds the presence of populist leaders of Right and Left who are riding the confrontation with moral attacks on a corrupt elite and an ostensible defense of the 'real' people and its purity.

In similar terms, the Princeton University politics professor Jan-Werner Müller says these leaders have two common characteristics: anti-elitism and anti-pluralism, with the former being a necessary but insufficient precondition for any populist leader. The Colombian sociologist and expert in human rights law, César Rodríguez-Garavito, agrees with both and says opportunistic and self-interested populist leaders have been exploiting liberal democracies' evident weakness.

That weakness consists in part in professional, business and political elites winning a disproportionate amount of decision-making power, which has become detrimental to the interests of large or even majority sectors of the population. Increasing socio-economic inequality, and a growing sense among citizens that their representatives are distant and uninterested in their problems and concerns, have created the conditions favoring the rise of leaders who, keen to attach themselves to the discontented majority, point at the elites as those responsible for its unease. 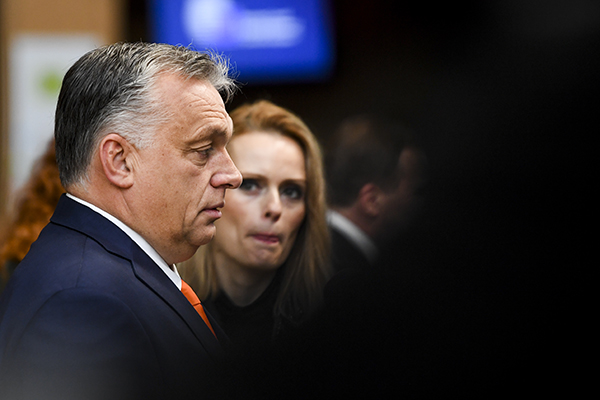 Orban at the European Council in December — Photo: IsopixIsopix via ZUMA

Yet there is no uniform understanding of the notion of elite, or which groups constitute it. It varies depending on the national context. In the United States, President Donald J. Trump was provocative when he said he loved those who had not received a good education, taking a jab at the intellectuals and academics who criticize him from the liberal universities. He has also associated Wall Street bosses with the traditional political class, from which he seeks to differentiate himself and on whom he launches repeated verbal attacks.

There is no uniform understanding of the notion of elite, or which groups constitute it.

Britain's last prime minister, Theresa May, while campaigning for Brexit, blamed EU bureaucrats and their local allies, the elite, for the poverty and unemployment affecting so many Britons. Her comments of 2018 that "if you believe you are a citizen of the world, you are a citizen of nowhere," associate anti-popular elites with defenders of globalization, integration, international law and cosmopolitanism.

In Hungary, Prime Minister Victor Orban attacks and harasses academics who criticize him in classrooms, media and on networking sites. In that context he effectively expelled the liberal-leaning University of Central Europe, which moved its seat from Budapest to Vienna. Leaders like Vladimir Putin, Hugo Chávez, Nicolás Maduro and Orban himself have pointed at rights activists and especially those involved in areas like civil and reproductive rights, gender equality, the environment, or those financed by foreign donors and aid agencies as part of a global elite hostile to the national 'majority.' This tension was seen again with the former Brazilian president Dilma Rousseff in the case of the Belo Monte dam project in northern Brazil, and more recently in the conflict between current President Jair Bolsonaro and environmentalists abroad over deforestation. He too has voiced hostility to intellectuals.

Problems associated with economic inequality are part of the urgent agenda of modern democracies, and if the issue is not overcome, the system itself is threatened. Yet the panorama is complicated by the anti-elitist idea combined with anti-pluralism and xenophobic nationalism, which together forge a grave threat to democracy's survival.

*Roberto P. Saba is Professor of Human Rights at the universities of Buenos Aires and Palermo in Argentina.