He's the mastermind behind has most famous deepfakes of the web. Donald Trump, Bruce Lee or even Elon Musk have been integrated into his videos, which are as fascinating and problematic as they are funny.

"Don't believe everything you see on the Internet, okay?" Coming from Ctrl Shift Face, the remark isn't a warning, but a verbal slap in the face. It's a sarcastic poke at the fear generated by fake news, coming from someone who traffics videos for the simple pleasure of entertaining net surfers. What if Jim Carrey starred in The Shining? And if Elon Musk appeared in 2001, renamed SpaceX's Odyssey? What if Donald Trump played Better Call Saul's crooked lawyer?

These fan fantasies, usually confined to bar talk or forum discussions, have become reality in recent months thanks to deepfake software: Videos in which one face is replaced by another. In this small world of hackers, the digital artist Ctrl Shift Face has the upper hand. The videos of this thirty-something Slovak, who prefers to stay anonymous, have accumulated hundreds of thousands of views — sometimes several million.

Patience, but above all, skills

Few deepfakes are done well. "It's easy to make bad ones, but very difficult to make ones that are truly successful," he told Le Monde. Although there are several free tools available online, making this technology accessible to as many people as possible depends on several factors: "You need a very powerful machine, time, patience, but, above all, skills. "

He's not missing any of these elements; His videos speak for themselves. Like the one borrowed from the American talk show Conan, in which comedian Bill Hader repeatedly imitates Arnold Schwarzenegger. Ctrl Shift Face had fun replacing his face each frame with that of the former Californian governor, before returning it to normal. The video is so fascinating, it has accumulated over 11 million views.

If this internet user, now based in the Czech Republic, succeeds in such feats, it is not entirely by chance: he has been working for a long time as a freelancer in the field of special effects. His job is to "scan people" and integrate their "digital doubles" into movies or video games. Passionate about technology and attracted to artificial neural networks — the basis of deepfakes — he was naturally drawn to this new way of manipulating videos.

The Matrix: A Nightmare

His first attempt was in April. "I turned myself into Jim from the American series The Office," he explains. "It was just for laughs." Although he keeps the video for himself, it's still a source of pride: "It was better than all the deepfakes I had seen on the internet." He continued the experience and has published his successes online, racking up over thirty videos since May.

His favorite? He hesitates. Perhaps his very last, where he exchanged characters from the series X-Files. Or his clip of the song Never Gonna Give You Up, in which David Bowie replaces Rick Astley. A nod to his community, this 1987 song has been brought out of oblivion in recent years by internet users and is now one of the most cult songs on the web.

Each video takes about a week to create, he estimates. And not all of them finish online, as the result is not always up to his expectations. Some of his videos were "a nightmare" to make, such as an excerpt from The Matrix where Bruce Lee plays Neo instead of Keanu Reeves. "It's an extremely dynamic scene, where the face is often obstructed and the angles are difficult. I had to direct Neo's face image by image. Thousands of images."

Deepfakes for film and television

While he loves to hijack major American films like The Matrix, Terminator 2, Fight Club and Full Metal Jacket, there is a genre, constantly requested by his fans, that is missing: superhero films. "I do not particularly like these films," he says. "I only do things that interest me; I don't take suggestions." No hard feelings though, because not only does he have 276,000 subscribers on YouTube, he's managed to convince 143 internet users to make monthly donations on the platform Patreon, earning him 873 dollars each month plus the money that his most popular videos earn through advertising.

Deepfakes' are just a sub-problem, the real problem is Facebook.

Even though it's not enough to live off of, deepfakes continue to take up more and more space in his professional life. "I did a few for TV and film," he says, without giving any more details due to confidentiality agreements. "Deepfakes will take up a lot of space in the entertainment industry," he predicts.

"In some cases, you get better results than conventional special effects and it takes a lot less time and money. A good example would be to put the face of an actor on his double."

The press loves to fan fear

Ctrl Shift Face's deepfakes are far removed from those that have gained media attention in recent months. This technology has, for example, been used to replace the faces of actresses in pornographic films. The big fear is that it may be used to exploit political campaigns and misinform the public by making it seem like a politician said something they did not. 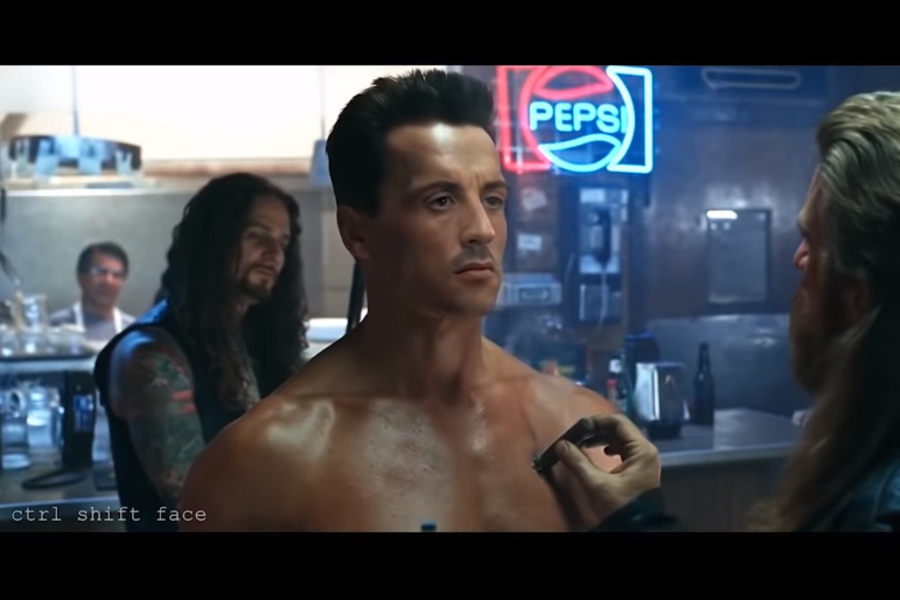 "The press loves to write articles that fans fear to sell or generate clicks," he laments. "And fanning fear is more dangerous than deepfakes themselves." While he cannot deny the malicious use that can be made of deepfakes, he wants to put them into perspective:

"It's false information in general, broadcast on social networks, which represents the real problem. ‘Deepfakes' are just a sub-problem, which depends on a much broader question. The real problem is Facebook."

"And then," he asks, "if you can fool thousands of people with a simple deceptive article, why bother with easily detectable deepfakes?" It's just the world of entertainment asking him to make deepfakes, as he assures that he has never been contacted by people with less than good intentions. "And if that ever happened, I would block them."