Overfishing: Italy And Croatia Reel In To Preserve Adriatic

"There's just too many of us." - antonio

Experts are pushing for expansion of the Fossa di Pomo project, which limits fishing to two days a week across a 1,500-km stretch of sea.

TRIESTE — The Adriatic Sea is becoming depleted, and could turn into a kind of underwater "eco-desert." There is one solution, however, that both Italian fishermen and scientists agree on. It lies in the ‘Fossa di Pomo' project (named after the expanse of sea it protects), an international experiment which could help the fish fauna repopulate the basin.

But time is running out. Especially for anchovies and sardines, which together account for 30% of all Italian catch and 80% of the Croatian haul. "It's a terrible situation, more dramatic than we've seen in decades," affirms Simone Libralato, a doctoral researcher at the National Institute of Oceanography and Geophysics (OGS) in Trieste.

The population of bluefish has nearly collapsed, according to the European Union's Scientific, Technical and Economic Committee for Fisheries (STECF). Mackerel, tuna and other species are also being fished at unsustainable levels. Only six out of 47 economically significant species are not overfished.

Sasa Raicevich, a researcher at the Institute for Environmental Protection and Research in Chioggia, just south of Venice, says an opportunity risks being squandered by overfishing. "The Adriatic could be a hot spot for fishing, [but] now Croatia and Italy are competing for resources," he explains "There nevertheless remains a desire to not completely lose this resource."

In point of fact, it is Italian fishermen who bring home between 70-80% of all the fish being caught in the Adriatic — most of which are pulled out of the Croatian side of the basin. For Italy, a market estimated at 263 million euros is at stake.

"The former Yugoslavia used to practically be a protected area. Fishing was an artisanal activity practiced near the coastline," explains Raicevich. "Since entering the EU, Croatia has dedicated itself to industrial fishing, equipping itself with a fishing fleet and going beyond the 12 nautical miles that fall under its legal jurisdiction."

And now, as Italy has begun limiting its fishing in the Adriatic, Croatia has ramped up its activity. 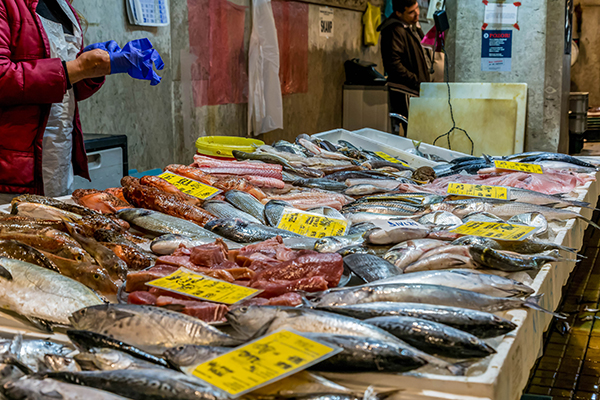 Despite the rapidly diminishing fish fauna, new technologies and ever-more more advanced ships mean fishing capacity is on the rise, threatening the future survival of both fish and fishermen.

The fishermen themselves acknowledge the situation. "Up until 10 years ago I had never seen a Croatian fishing vessel," notes Renzo Zennaro, a retired fishermen in Chioggia. "Today you cross them even in international waters. The problem is that there's just too many of us."

Guido De Grassi, a Trieste fisherman, concurs: "Before you were like Moses: you walked on water, from how many fish there were...We used to measure fish in tons, not kilos!"

How can two countries cooperate to protect their joint resources?

Now there is a new strategy, proposed by Libralato and his Croatian and Slovenian colleagues, enacted jointly by the countries ringing the Adriatic: the European FAIRSEA Project. The idea is to take advantage of the natural mobility of the fish. Protected areas are established, allowing the fish to breed, repopulate, then move out into the rest of the basin.

For now, only one percent of the Adriatic is a protected area: the "Fossa di Pomo," known in English as the Mid-Adriatic Pit (MAD), but the experiment could become a new model. "The creation of this restricted-fishing zone in the center of the basin is a bilateral initiative between Italy and Croatia," explains Nedo Vrgoc, a researcher at the Institute of Oceanography and Fishing in the Croatian city of Split. "It is the biggest protected area in the Mediterranean: a 1,500 kilometer-stretch of sea where fishing is forbidden, or only allowed in buffer zones two times per week. It's an example of how two countries can cooperate to protect their joint resources."

According to Libralato, since the Fossa di Pomo began to be safeguarded in 2016, signs of improvement have already been seen. For example, the hake population is recovering. "That's the point of the protected area: species repopulate, then migrate to areas where fishing is allowed," adds the Italian researcher.

The proposed solution, then, is a mix of measures, regulating fishing intensity and periodically closing some areas in order to allow fish to repopulate. The fishermen, however, must also be taken care of. Simply maintaining vessels has a cost, and each fishing ban is a serious blow to their incomes, explains Libralato. But the payoff will eventually be reaped in more fish, healthier fish, larger fish.

*Report with the support of the n-ost program, Robert-Bosch Stiftung.

Will Croatia's Quest For Energy Independence Cost It Krk?

A popular tourist destination in the Adriatic sea is bracing for the construction of a floating, ...

Collective To Connective: Does The Internet Undermine Human Institutions?

Patients versus doctors, electors versus parties and disappointed refugee aid response. The Inter...