In Germany, New Doubts About Digital Learning For Kids

A recent study shows overwhelming agreement that it's unnecessary to offer pre-school children digital training. And nearly all parents agree on strict limits to screen time as kids get older.

MUNICH — Her hands run over the high-gloss magazine cover, and as she turns pages she gets a few paper cuts on her tiny fingers. In a 90-second YouTube clip, a father and professed Apple fan lets his then 1-year-old daughter play with an iPad and various magazines, but the latter evidently just frustrate her. The video shows how digital media are present in the daily lives of even very small children.

The Allensbach Institute for Public Opinion Research recently conducted a survey of where digital training stands in German preschools and elementary schools. Researchers included 1,500 parents of young children all across Germany, along with preschool and elementary school teachers. What emerged was that neither parents nor teachers see preschool as the place to teach children about computers, tablets and smartphones. On the contrary, they fear that doing so would overwhelm the children.

Almost to the one, parents indicated that TV still plays a more important role for their children than digital devices. Among parents of elementary school children, 94% said that their children watched TV in their spare time. The figure was 86% for preschool kids. Books and audio media (cassettes, CDs, MP3) came in second and third place with both groups, with computers, tablets and smartphones coming in fourth. Among parents of elementary school children, 67% said their children regularly watched films and videos, but only 25% of preschool kids did.

Age is the decisive factor in using digital media: More than half of elementary school kids play computer games in their free time while only one-in-four preschool children do. The picture is similar with cell phones, smartphones and Internet use: The older the child, the more present digital media in their leisure activities.

According to moms and dads, about 70% of children under the age of five have no daily contact with digital media, but that figure falls to 34% for children over five. Nearly one in five children of elementary school age spends more than an hour a day with a computer, tablet or smartphone. Over 82% of children over eight years of age use the Internet. 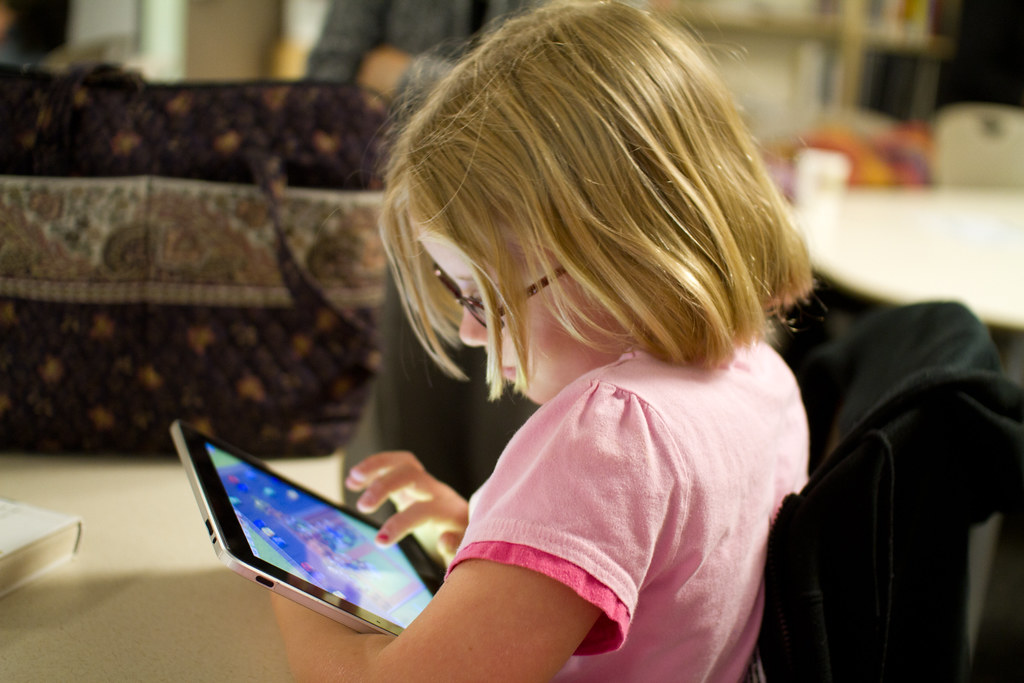 But most parents believe how much time their children spend watching TV or with digital media is important, regardless of age. All but 10% of parents said they controlled how much time their kids spend with screens of any kind. About 65% of parents said they tried to impose limits on computer time and specifically Internet time, and nearly as many said that it was important to them to know what computer games their kids were playing and what Internet pages they were visiting.

At least 62% of parents said they tried to influence their children's use of cell phones or smartphones. Fourteen percent of children under eight have their own mobiles, though smartphones in this age group are a rarity (3%). Virtually every German household has at least one smartphone, which means that Internet access is widely available.

Digital media are a part of the daily lives of even very young children, but not all parents feel competent when it comes to computers, tablets and smartphones. One in five parents said their familiarity with digital media wasn't very good. Not even half the parents were well informed about learning software or apps for kids. Nevertheless, participants unanimously saw the digital training of kids to be a parental responsibility.

Respondents saw the role of schools in digital training as progressively important the higher the grade. But less than 10% expected children to be taught about digital media in preschool. Priorities for preschoolers lay elsewhere, with the main focus on preparation for entering school.

Participants took a critical stance toward digital media. They were convinced that children already come into contact early enough with computers, tablets and smartphones, and they therefore rejected the idea of early digital training. Parents also said they feared too much information on the Internet could overwhelm children. More than a third of teachers and 26% of parents feared that using digital media could cause a child's native talent to atrophy.

One in three teachers actually said their knowledge of digital media wasn't very good, and more than half were unfamiliar with the possibilities that digital media offer to preschoolers. But the more familiar teachers said they were with digital media, the more they were inclined to use it in the classroom.

What was abundantly clear from the survey was an overall awareness of the growing importance of digital media, with 37% expressing an interest in improving their digital knowledge.