China, Russia and the U.S. see potential and risks. And for now, there's still no form of governance to oversee AI development — technology moves faster than diplomacy.

PARIS — Artificial Intelligence is now an open topic of geopolitical debate. Russian President Vladimir Putin recently said that "whoever becomes the leader in this sphere will become the ruler of the world." Back in March, France's then President François Hollande expressed the same idea: "The nations that master AI will be the powers of tomorrow." Elevated to a strategic priority by Silicon Valley and Industry 4.0, AI is about to shake up international politics.

One of the reasons for this lies in the dual nature of Artificial Intelligence. Like other advanced technologies, the applications of AI can be civilian, but also security-oriented or even military. Machine learning — a technique that makes it possible to predict trends, results or behaviors with the use of algorithms — is already applied in the prediction of deforestation in Africa or changes in stock exchange prices. AI has also brought progress in medicine, for instance in the diagnosis and treatment of malaria, and it is widely used in fields such as agriculture, meteorology or insurance.

Meanwhile, in recent years, China and the United States have spent billions of dollars in the development of autonomous weapon systems (drones, missiles, etc.).

The nations that master AI will be the powers of tomorrow.

This considerably expands the scope of traditional warfare, to the point that American intelligence services now believe that AI could transform the nature of armed conflicts in the same way that nuclear weapons once did. In an open letter to the United Nations, co-written with 115 AI and robotics experts, Elon Musk, CEO of Tesla and SpaceX, warned of the potential risk of AI leading to a third World War.

The art of war is also evolving in its cognitive aspect, as the rivalry to impose one's own narrative plays an increasingly crucial part in geopolitical strategy. Some countries, such as Russia, have been quick to understand the potential of this, and are applying a sophisticated algorithmic approach to its latest propaganda campaigns, often outsourced to private contractors. 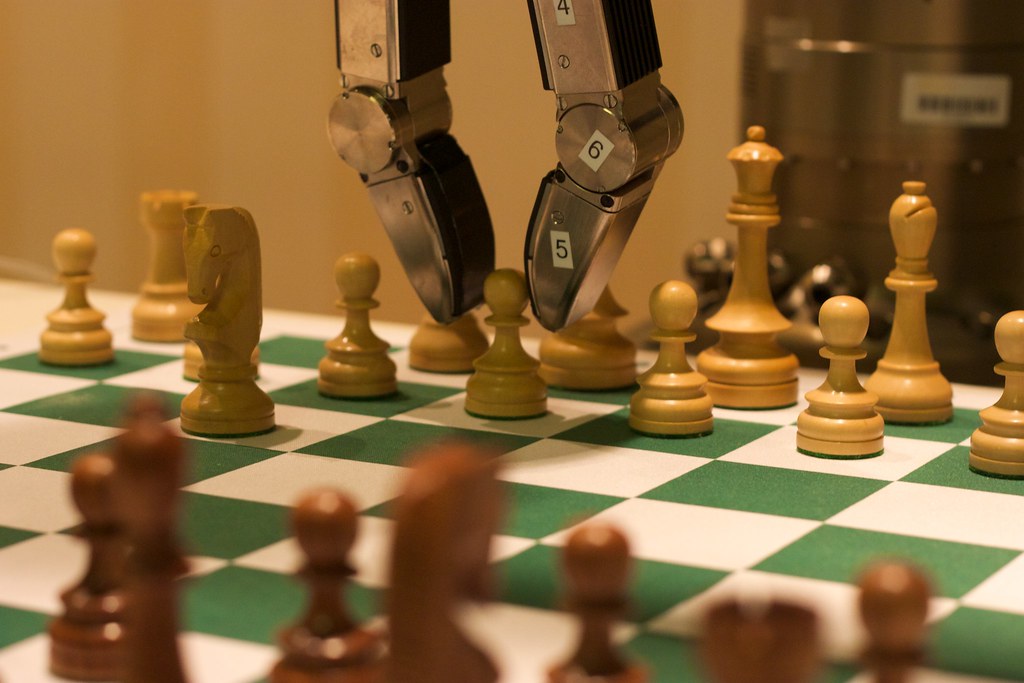 It goes without saying that AI stirs existing rivalries among powerful nations. In the showdown between the two countries leading in this field, China is currently gaining the upper hand over the U.S., given how Donald Trump has decided to make cuts in the federal budget for scientific research. Meanwhile, the Chinese authorities have launched a massive plan to become the world leader in AI by 2030, and have bound together the commercial and military development of AI through a close collaboration between the government, the Communist Party and national digital giants such as Baidu. On the contrary, Silicon Valley companies such as Google are reluctant to invest in military application, essentially to preserve their image and reputation.

The domestic consequences of AI also carry potential global repercussions. A U.S. report from 2016 claimed that the growing role of AI in national economies risked putting half of the workers aged 25 to 54 out of a job by 2050. Replaced in the wider — and more complex — context of the transformation of work, this fact should lead us to ponder the underlying causes of the rise of populism.

Negotiating the "rules of the game" is a pressing issue.

As far as China is concerned, AI represents a true challenge in terms of social stability with the question of the Communist Party's — and therefore the regime's — legitimacy as a counterpoint. The Chinese government is nonetheless planning to use it to prevent cyber attacks, demonstrations and local labor strikes (there were 90,000 strikes in China in 2016 alone), and to reinforce the already sophisticated system of Internet censorship.

For the time being, however, there is no form of governance to oversee the development of AI — technology moves much faster than diplomacy. The multilateral institutions that have looked into this issue have, so far, only done so when pressured by the civil society and the private sector. What's more, these initiatives emanate largely from either the U.S. or United Kingdom. And yet, it would be good if U.S. tech giants, whose Promethean stance is disarming many of our political leaders, doesn't solely dominate the debates about AI.

Negotiating the "rules of the game" is a pressing issue. Europe has remained silent despite the emergence of public debates, whereas the U.S. is retreating from its multilateral commitments. The fact that more and more players — including from the private sector — are gaining access to the possibilities opened up by AI requires the establishment of a multilateral governance that brings together governments, civil societies and the private sector, similarly to what has been done for the Internet. The difference is that, in all likelihood, the West won't be the only captain in charge.

*Julien Nocetti is a research fellow at IFRI (l'Institut français des relations internationales) with a focus on Russia and the Middle East.