National Tragedy In The Age Of Trump

In August, a vigil (in Las Vegas) for the victims of Charlottesville - Joel Angel Juarez via ZUMA

A young American in Paris watches Trump in Las Vegas, in the shadow of Obama and Orlando — and Bush at Ground Zero.

PARIS — When I awoke Monday morning to news of the shooting in Las Vegas, the toll stood at two people killed and 20 more wounded. By the time I arrived at the Worldcrunch offices, the casualty count had risen to several dozen dead — and would continue climbing throughout the day.

Since moving to Paris last year, I've become a serious "virtual rubberneck" whenever there's unfolding news back home in the United States, following the live feeds on the major news sites and scouring through blogs and chatrooms to consume as much information as possible. And in cases like Las Vegas, eventually, the moment comes to tune in into the President as he addresses the nation.

By late Monday afternoon (Paris local time) we learned that the death count in Las Vegas had surpassed that of the Pulse nightclub shooting in Orlando: it was officially the deadliest mass shooting in modern American history. At about that same time, President Trump appeared on my computer screen, to speak to the nation from the Diplomatic Room in the White House. I braced for an unconvincing and lackluster response. On CNN, the hosts began reminding viewers not to pass judgment on the President before he took the podium. But it was hard not to.

It goes without saying that Donald Trump has a hard time navigating national tragedy. Not only does he fumble with his words, but he has created a persona that is so proudly abrasive and egocentric that it actually becomes difficult to imagine him caring about anyone but himself (and maybe Ivanka). He has of course, as he did in August after the Charlottesville attack, also used trying moments to enflame tensions and sow racial and social discord. He did it again this week when he blamed Puerto Rico for its own devastation and misfortune in the face of Hurricane Maria, and seemed unmoved with the death toll compared to Hurricane Katrina.

Following the Las Vegas shooting, nothing in the President's carefully worded statement on the attack engendered any sort of resentment in me. Yet I didn't find his remarks particularly comforting either. I truly hope that the bereaved did.

It's the unfortunate job of the President to comfort the nation in trying times. As an American reaching adulthood during the Obama presidency, I had seen the President carry out his duty many times over: after Fort Hood, Aurora, Sandy Hook, the Boston Marathon bombing, Charleston, San Bernardino, and Pulse (not to mention the many high-profile terrorist attacks abroad).

Affirmation I needed from my President

The sheer number of these attacks reinforced the belief that we've become seemingly incapable of responding to any massacre with proactive, thoughtful policy changes. So we find comfort in our family, friends, and words of our religious and political leaders.

When a gunman stormed Pulse nightclub in Orlando in 2016, I was one week out from an excursion to Chicago Pride with a couple of friends. The tragedy was unnerving and angering, particularly because it targeted a young and already maligned community. As always, the President addressed the nation. But he didn't just offer his thoughts and prayers; he reiterated 'the fundamental values of equality and dignity' that defined the United States. It was the affirmation I needed to hear from my President.

Of course America has changed between Pulse and Las Vegas. Beyond even politics or policy, Barack Obama had both an ease and a depth in the way he responded to the nation's most trying moments. His tears after Sandy Hook underscored the need for stricter gun control. His impromptu rendition of "Amazing Grace," at the televised funeral of Clementa Pinckney, a victim of the Charleston shooting, redefined the very act of presidential pastoring — a sentimental response unmatched by any Commander-in-Chief before or since. 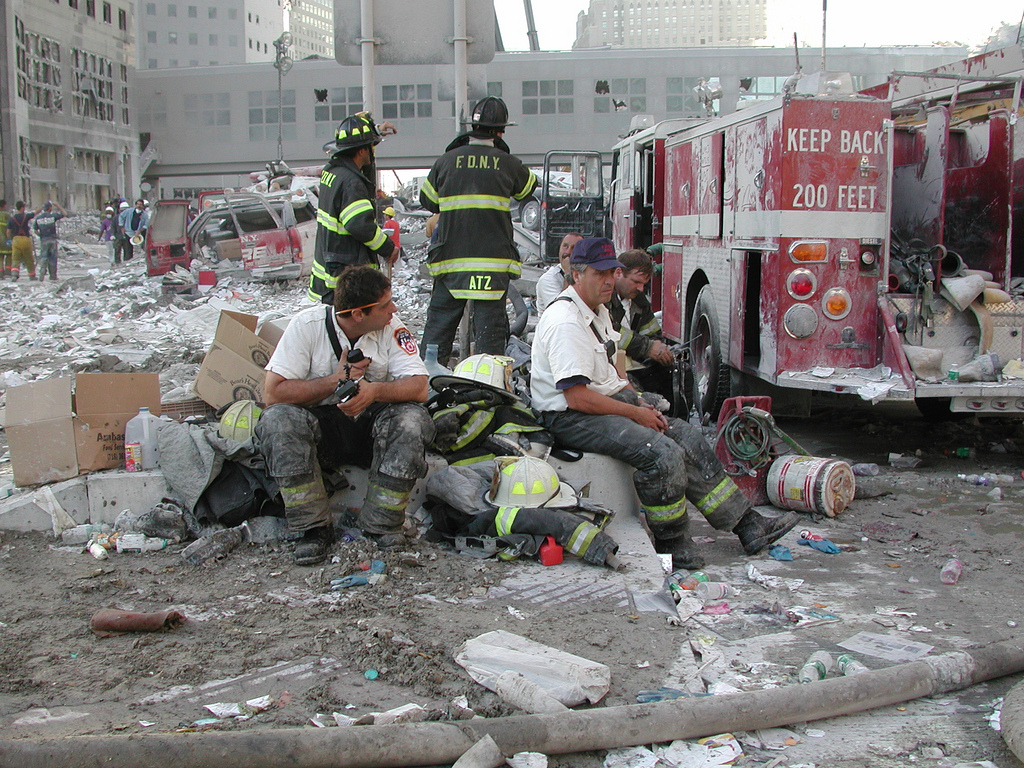 I have a clear memory of my eighth birthday, standing on the front steps of my house in Paw Paw, Michigan, waving goodbye to my father. He and his fellow local firemen were headed to New York City to aid in the recovery effort at Ground Zero. It was September 12, 2001. The memories of the images broadcast in the days and weeks that followed are a bit more vague. But I have since seen video clips of a nation uniting in its determination to rise from the tragedy. George W. Bush certainly played his role well, most famously standing where the Twin Towers once did surrounded by firemen, reassuring the nation (without a teleprompter) that we would overcome the attacks.

I shudder to imagine Donald Trump in his shoes. Long before he became President, the New York real estate baron had branded himself as a narcissistic, unsympathetic type. And now as President, he carries on like normal. Today, we have a President who is emotional but not empathetic, self-assured but never reassuring, reactive but incredibly bleak. Whenever the nation finds itself suffering, I no longer look to the White House for comfort. It's another loss in these troubled times.