Facebook Limits, When A Sharing American Lands In Germany

"Germans are coconuts, Americans peaches..." In the German Studies department at the University of Michigan, this saying bounced around as a shorthand way for us to describe the supposed social differences between the two nationalities: Germans come with tough shells, but inside lies the sweetness of coconut milk. Americans, instead, are soft on the surface with a hard pit hidden at the core.

Of course, it's a generalization, but as another saying goes: There's a little truth to every stereotype. During the summer of 2014 I lived in Heidelberg, where I would sometimes go to bars and parties with my two German roommates. I quickly stood out amid the local crowd as a social butterfly, as even brief interactions would often end with my sending on-the-spot Facebook "friend" requests. For my two flatmates, this ever-American openness was peinlich, embarrassing.

"Why do you do that?" I remember one asking. "You don't know these people."

It's a fair question. And it's true, now that I think about it, that I've never seen any of those people again. Some of them, no doubt, deleted my friend request right away. After all, Germans — some of whom have lived under totalitarianism reigns of both the Nazis and the Communist GDR — have led the fight against Google and other Internet giants over protection of their online privacy.

Hamburg-based psychotherapist Michael Schellberg explained to Die Welt newspaper that most people can only count three Facebook friends as true friends. By this he means that the relationship is "exclusive" and built on "love with understanding."

A scant regard for the well-being of users.

But the longstanding German doubts about social media have been spreading across the Atlantic, as Facebook, in particular, has come under fire for failing to filter out propaganda during U.S. elections. One recent poll found that 78% of Americans believe that Facebook should do more to prevent the spread of "fake news" online.

More generally, people increasingly blame social networks for showing scant regard for the well-being of users and seeming to feed many of the worst human instincts. French daily Les Echos reports of concern that social media is actually bad for your health. "What researchers are beginning to find is that social networks affect the brain in the same kind of way as certain addictive substances, like cigarettes," writes Anais Moutot. 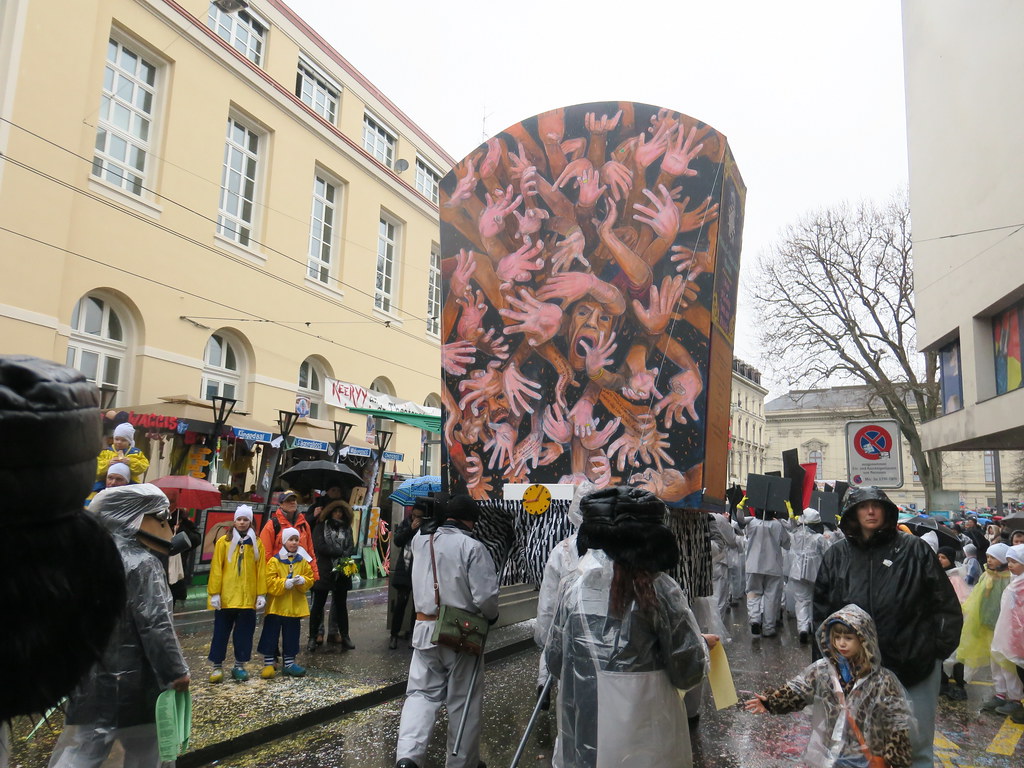 In a recent public interview, Chamath Palihapitiya, who worked for Facebook in its early years, denounced the destructive "dopamine" effect the very site he helped to create has on humans. "We have created tools that are ripping apart the social fabric of how society works," he told the audience, comprised of mostly Stanford business students. "No civil discourse, no cooperation, misinformation, mistruth."

Palihapitiya, who has become a venture capitalist since leaving Facebook, cites a recent lynching of seven people in India as evidence of this. A hoax that was disseminated on Snapchat had sparked the violence.

With every technological advancement, there is always a puritanical reaction.

Of course, there are innumerable examples of social media's dark side: conspiracy theories, terrorist recruitment, election meddling — the list goes on. But Palihapitiya's claim that all of these were suddenly born (or at least worsened) in the digital age is flawed. Long before Facebook, anti-Semitic treatises and pamphlets incited deadly pogroms against Jews across Europe. In 1994, Hutu génocidaires in Rwanda used radio to disclose the whereabouts of Tutsis who had gone into hiding.

With every technological advancement, there is always a puritanical reaction that perpetuates this false belief: What's newly imagined could lead to society's demise. These apocalyptic harbingers often leave out innovation's positive qualities, which regularly outnumber the negative ones.

It's a truth that even Palihapitiya can't ignore. "I think that [Facebook] does overwhelmingly good in the world," he admitted at the end of his expletive-ridden diatribe. At the same time that Facebook helped Donald Trump become president, it also lets you share photographs of your daughter's graduation with friends and relatives across the world. And while hate groups and terrorist organizations have used Twitter to coordinate their efforts, so too have the Arab Spring protesters, Black Lives Matter, and the #MeToo movement.

Still, back in Germany, the fight to protect privacy is as fierce as ever. This week, the Federal Cartel Office, the national competition regulator, accused Facebook of collecting user data from third-party sources and using it to better target advertising in users' Facebook feeds.

Ultimately, as much as stark national differences, the Internet poses new challenges for all peoples to balance two basic societal goods: freedom of expression and the right to privacy. Figuring out how to protect both will always be a hard nut to crack.