KENYA IN SHOCK AFTER MASSACRE
“Terrorists make the earth shake again,” reads the front page of Kenya's Swahili-language newspaper Taifa Leo after yesterday’s attack on Garissa University College in eastern Kenya. At least 147 people were killed and 79 were wounded when gunmen claiming to belong to the Somalia-based militant group Al-Shabaab stormed Garissa University College — around 200 kilometers from the Somalian border — specifically targeting Christians and taking hostage. The siege lasted 15 hours and ended with four gunmen shot down by police. Read more on our 4 Corners blog here.

IRANIANS CELEBRATE NUCLEAR DEAL
Groups of Iranians gathered last night to celebrate what U.S. President Barack Obama characterized as an “historic understanding” between Iran and six world powers on its nuclear program, The New York Times reports. “We have been disappointed so many times, I can’t really believe there might be an end to this,” a Tehran resident was quoted as saying. 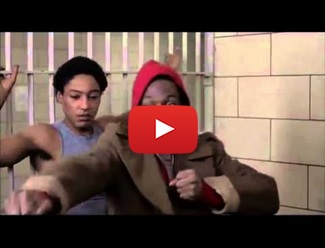 Jack the Ripper began his killing streak 127 years ago today, committing the first of many murders in the Whitechapel area of London. Get today’s 57-second shot of history.

HOUTHI REBELS FLEE PRESIDENTIAL PALACE
Yemen’s Shia Houthi rebels have left the presidential palace they seized yesterday in Aden after overnight airstrikes from the 10-country Arab coalition led by Saudi Arabia drove them away, Middle East Eye reports.
Photo: Abdullah Hassan/Quds Net News/ZUMA
According to UN figures, at least 519 people, including many civilians and children, have died in Yemen in the last two weeks. What has been described as a proxy war between Sunni Saudi Arabia and Shia Iran, which supports the rebels, is showing few signs of ending. Speaking to Tasnim news agency, an advisor to Iran’s Revolutionary Guards said Riyadh would “sooner or later pay the heavy price for this military attack and the massacre it has launched in Yemen.”

66 DAYS
An American sailor who spent 66 days lost at sea has been rescued from his disabled boat about 200 miles off the North Carolina coast after apparently surviving on raw fish and rainwater.

CHINA’S EX-SECURITY CHIEF CHARGED
Zhou Yongkang, China’s former security csar, has become the latest target in the government’s corruption crackdown after being charged with bribery, abuse of power and intentional disclosure of state secrets, Global Times reports. Zhou is the highest-ranking Communist Party official so far to be indicted on graft charges. Read more from The Wall Street Journal.

VERBATIM
“We know there are serial killers of humans, but we've never heard of a serial killer of dogs.” The people in northern Mexico’s Hermosillo are facing a ruthless and unusual threat from a person or group that has killed at least 64 dogs since mid-March. A Los Angeles-based actor has offered a $10,000 reward for information leading to the arrest of the culprit or culprits. Read the full story from AP. 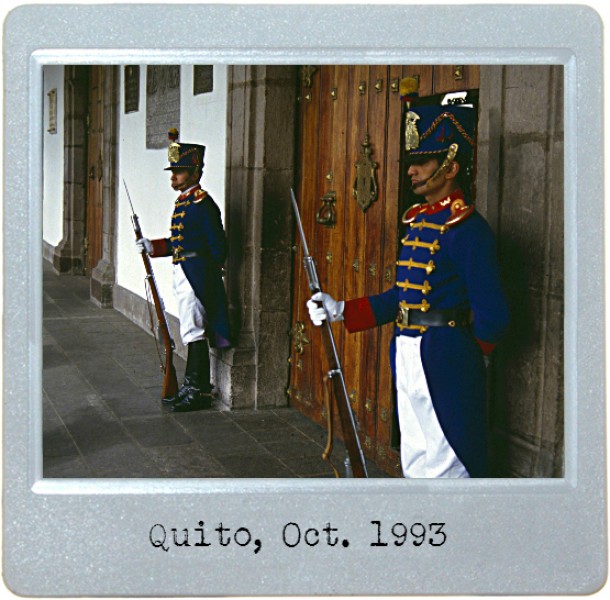 UK SPIED ON ARGENTINA OVER FALKLANDS
Amid Argentine and international pressure to open negotiations on the disputed Falkland Islands, Britain’s intelligence agency GCHQ spied on Buenos Aires, launched offensive cyber operations, and may even have spread false propaganda to discredit the Argentinian government, The Intercept reports.

WORLDCRUNCH-TO-GO
As America Economia’s Daniela Arce Valiente reports, studies show that complaining to colleagues creates untold amounts of stress at the office. Two writers recently tried to abstain from sharing the woes for a whole month and were pleasantly surprised by the results. “A recent study by the psychology department at Germany's Friedrich Schiller University indicates that exposure to stimuli that generate strong negative emotions, or being close to toxic individuals, is stressful. Characterized as demotivators, these are the people we are told to avoid at work. An article in Forbes magazine likewise describes them as most dangerous to their colleagues' mental well-being, because negative attitudes are contagious.”
Read the full article, The Worst Co-Worker Of All? Joe Complainer.

FRANCE BANS TOO-SKINNY MODELS
The French Parliament approved a law today that bans the use of anorexic and too-skinny models. According to Le Figaro, those who break the law now face up to six months in prison and a fine of 75,000 euros ($82,000).

WINTER IS COMING, A LITTLE BIT
With the season five premiere of Game of Thrones approaching, author George R. R. Martin, whose book series inspired the show, has released a chapter of the next and long-awaited installment, The Winds Of Winter. Read Alayne’s story here.

"I try to tell what's happening, but I try to be considerate, and also make poetic and beautiful images. It's important to be sensitive, and acknowledge the complexity of what's going on." That's ...

AQAP, the local al-Qaeda branch, is determined to learn from its mistakes. They've learned that they can't go too quickly and spill too much local blood.