We can only solve our traffic problems if we stop idealizing car and bike sharing, and focus on how people behave and what they want.

BERLIN — In social sciences, there is a theory that I always think of when I see e-scooters carelessly strewn about in Hamburg or shared bikes artfully stacked on the banks of the Spree river in Berlin. After all, I have heard that it has become chic for some young French people to throw the rented electric scooters in the Mediterranean.

What some call the commons dilemma is better known as the "tragedy of the commons." It goes something like this: If a number of market participants (such as sheep farmers) have access to free common property (such as the village green), a race begins very quickly about who uses or consumes this free good first.

In practice, this means that as soon as the gate is open, some sheep farmers will begin to move their sheep from their own pasture to the village meadows, where the animals can graze in peace at zero cost for the shepherd. This represents real added value for the sheep, and also a solid competitive advantage for their owner, especially considering that at the same time his slowest or "most moral" competitors come away empty-handed. And the latter's sheep are left looking enviously at their well-fed wooly colleagues, and then desperately back at the barren field, which was once a beautiful village meadow.

First come, first served: this motto is most relevant when it comes to goods that belong to the state. The reasons for this behavior — that some refer to as "immoral" vis-a-vis the common good — are of course perfectly rational for the individual market participant: His personal sheep are well-fed, and the grass on his own lawn remains untouched — which in turn guarantees the future of his business, at least for a little while longer.

A simple lesson that we can learn from this well-known phenomenon is that people treat what they do not own differently from what they consider personal property. None of this is new, but it is often ignored in political decision-making.

If you like, you can carry out a little experiment and imagine what would happen if the German state of North Rhine-Westphalia provided its residents with electric cars to use freely throughout the country — hoping that citizens would then sell their own cars or at least use them less and hence help improve the climate.

One of the most basic human characteristics is the desire to own things.

Even the most optimistic among us start imagining cars turning out pretty quickly without fuel, or parked carelessly, somewhat damaged or maybe completely destroyed. Maybe even the small cars, which the previous user would have connected to a charging station to leave them ready for the road, would be completely dirty inside and full of all sorts of rubbish. These things already happen on public trains, in children's playgrounds and used to happen in telephone booths.

The behavior behind shameless exploitation and vandalism of public property may be tragic, but basically it's just human nature and unlikely to change. However, the issue is that this knowledge, which is far from new, is often ignored by people with an excessive sense of mission and a passionate predilection for apocalyptic environmental visions. 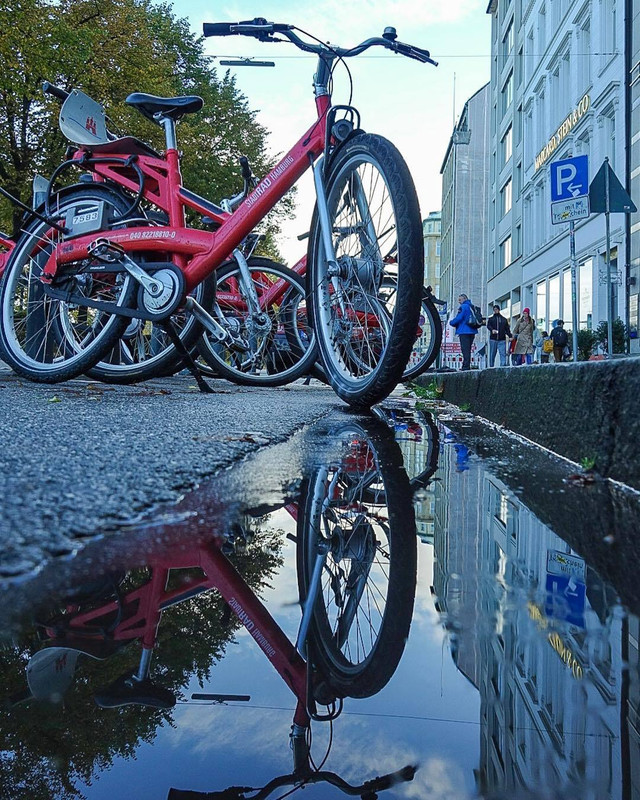 Take for example "traffic experts" with a taste for socialist ideas and an aversion for everything that has four wheels and a motor: They will not tire of advertising public transport, car sharing and battery-powered children's toys as a solution to all of our mobility issues. In their delusional efforts to thoroughly change the mobile lives of all of us "sinners," and to make our cities "finally liveable again," they ignore even the simplest human characteristics. Instead of having children, they promote children's playgrounds. Instead of asking, they would rather give orders.

One of the most basic human characteristics is the desire to own things, especially something that can transport its owner from one place to another. So it is not surprising that we pay much more attention to the objects that we perceive as our own than to those that belong to everyone — which means to virtually nobody.

A superficial study of the numerous failed socialism experiments would actually provide enough insight, but would probably be diametrically opposed to the worldview of mobility experts and saviors of the planet.

It's ugly, but human.

Because of this, and because historical studies are exhausting, we are taught almost daily in talk shows, environmental conferences, and parliamentary debates that only the Protestant-inspired idea of renunciation and, of course, a further expansion of our beloved state can save us. Which is why we require as many new taxes and laws as possible. The naive belief in the well-being of one's fellow human beings in the future is combined here — in an amusing but also somewhat dangerous way — with the distrust toward our fellow citizens in the present. Tomorrow all will be better. It is only yesterday and today that we can not trust anyone.

Of course my comparison between car sharing and village greens doesn't quite work, mainly because neither small cars nor scooters are really made available for free. But the experience with scooters and bicycles shows that the principle applies even if the costs are very low or the probability of being caught is perceived as minimal. As I said: ugly, but human. And in the end, perhaps we need to develop future ideas that are tailored to real needs and behaviors of real people.

The solution can only be one: the free market economy instead of a strengthened state in the hands of emotional scatterbrains. We need a competition of the best ideas, not public support to car rental companies just because they call themselves "car sharing." We need cars, bicycles and, yes, of course, a functioning train and bus service.

Anyone who wants to rent cars, e-scooters or bicycles can do so, but without having to get taxpayer money or benefit from the public in other ways, for example with reduced or even free parking spaces for their own vehicles. From this point of view, the village green should either be open to all, or just closed to everyone.

In any case, I am fully confident that the free market would solve our real mobility problems rather quickly. But only if we make our future free from politicians who love to impose bans and apocalyptists confused by religion, and ask ourselves and our fellow citizens how we want to move around in the future.