Why German Turks Can't Get Enough Of Erdogan

BERLIN — They lined up in motorcades, honking horns, waving flags. It was as if Turkey had just won the World Cup, except that Turkey isn't even in the tournament this year. Instead, these enthusiastically noisy German-Turks were fans of Recep Tayyip Erdogan, the just re-elected Turkish president who earned a particularly clear victory in Germany. Indeed, two-thirds of the Turks who cast their ballot in Germany did so for the Erdogan era to continue. But why?

If you take part in a motorcade, you need to have at least a presentable car. So it was not economic dissatisfaction that drove these German-Turks out onto the streets on Sunday evening. It was about identity, rather. About demonstrating their affiliation, which was also the case for many people in Turkey.

To many voters, the hoped-for cultural self-assertion was apparently more important than the rising price of onions.

Voters gave a narrow majority (just shy of 53%) to a man who, for some time, has proved unable to improve the country's economic situation. Sure, the economy is growing. But the country is struggling, at the same time, with high unemployment, growing debt and inflation. And then there's terrorism, a smoldering civil war in the south-east and a war in a crumbling bordering state, Syria, in which Turkey is now taking part.

There were, therefore, good reasons to vote out the man who has headed this country for 15 years — first as prime minister and, since 2014, as president — and who often looked listless and tired during the election campaign. His challengers, in contrast, appeared powerful and optimistic. And yet, Erdogan was able to count once again on the loyalty of his supporters. It wasn't so much pragmatic interests that tipped the scales, it was about cultural affiliations, about identity, about that specter that's circulating across the whole of Europe.

For his Justice and Development party (AKP) but above all for Erdogan himself — who fared better, in the presidential election, than his party, in the concurrent parliamentary elections — many people made their choice based on reasons older than the AKP or its leader. Their votes reflected far-reaching social imprints that have led to a national-conservative and religious majority. Within that are historical humiliations, particularly those suffered by devout Muslims at the hands of the secular elites who set the tone for decades. 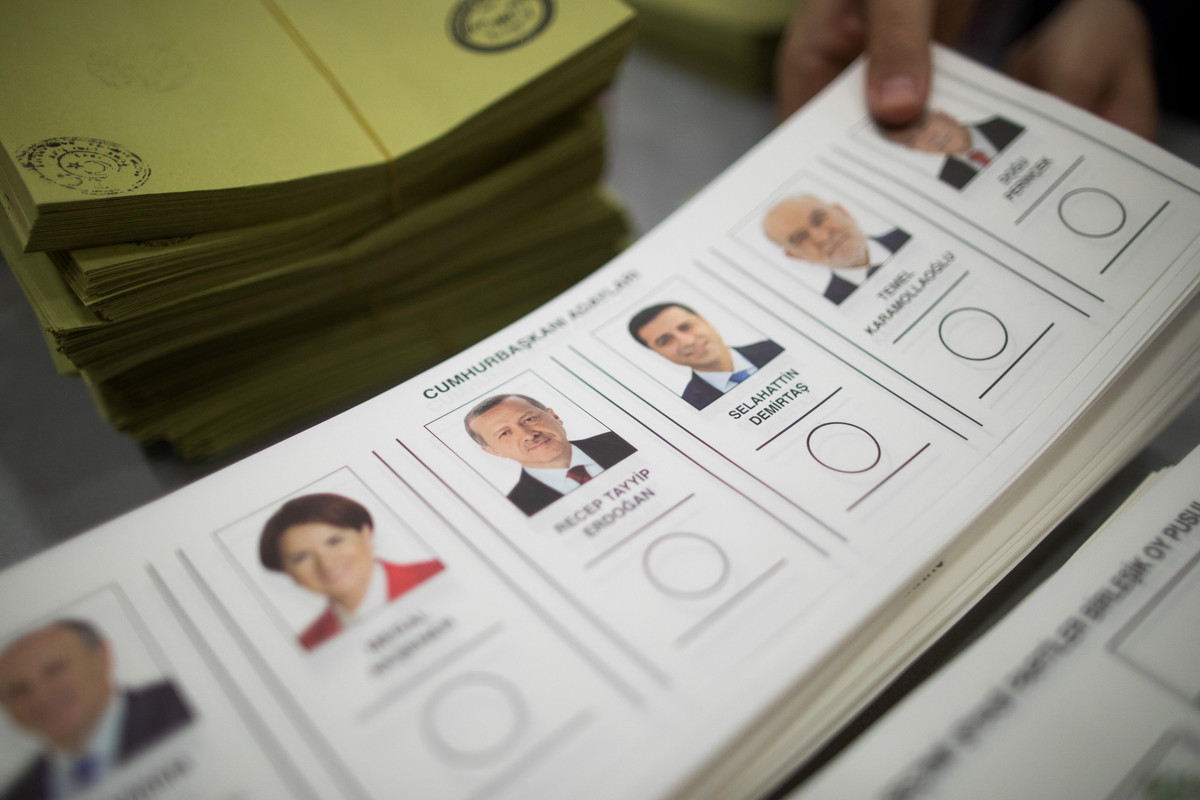 Erdogan's aura as a man of the people who has fought his way up from a young sesame-donut seller to head of state may be tarnished, but it still works. To many voters, the hoped-for cultural self-assertion was apparently more important than the rising price of onions.

Turks living in Germany were recently surrounded by debates on identity: Is Islam part of Germany? Should dual citizenship be taken away from Turks who vote for AKP? In the midst of these heated debates, many chose defiance — "You say we are not one of you? Then we choose the leader you despise the most."

But it certainly would be equally defiant to now write off Turkey. These elections have indeed also shown that there's a viable opposition there, one that put up an amazing fight in this campaign despite the most difficult conditions. In a few places, at least, it managed to crack the AKP's superiority. Muharrem Ince, Erdogan's most important challenger, achieved a respectable result, even if it wasn't enough in the end.

The opposition now denounces the election campaign as unfair, and they're right. The AKP's predominance in the media alone was enormous. On the other hand, the voters knew exactly what the vote was all about — more years of Erdogan or change. Ultimately, there are simply too many people who remain loyal to Erdogan because they see him as one of their own.

With the introduction of the presidential system, the Turkish president will be more powerful than ever. There was a time when Erdogan wanted the country to join the EU. Now, the first heads of state to congratulate are like a 'Who's Who' list of leading autocrats: Hungary's Orban, Russia's Putin, Iran's Rouhani.

You could say Turkey has joined their ranks, except it hasn't really. Sure, it's more authoritarian than European countries, even though Hungary and Poland are doing a lot of catching up. But the situation is different outside Europe. In Egypt or Russia, for example, the presidential elections were pure showmanship. Nobody in these countries is ever eagerly awaiting election night. But that's not true for Turkey.

Voters knew exactly what the vote was all about — more years of Erdogan or change.

Turkey has always had a system that mixes democratic and authoritarian elements. The scales sometimes tipped one way, sometimes the other. Under Erdogan's leadership, the development towards an autocratic regime will continue. But this election has shown that the country has an amazing democratic resistance. In the midst of a state of emergency, a large number of people have shown that they want another Turkey. The path for the next few years seems to be mapped out already. But it's not irreversible.