U.S. Midterms: A First Umbrella After The Trump Tsunami

America's midterm elections saw Democrats recapture the House, but lose ground in the Senate. A nation as divided as ever, though with new checks on Trump.

WASHINGTON — On Tuesday night, America stepped back from the abyss.

It was not, perhaps, the overwhelming repudiation of President Trump's vulgar, divisive, race-baiting and sometimes lawless tenure that Democrats had hoped for. But it was, at least, a correction, and a rebuke of the Trump presidency.

Democrats recaptured the House, a monumental achievement in itself, given that they typically need to win the popular vote by about 7 percentage points to overcome the disadvantages of gerrymandering and the like. Republicans were routed in Pennsylvania, Virginia, New York and elsewhere, while prominent GOP figures such as House members Pete Sessions of Texas, Pete Roskam of Illinois and Dave Brat of Virginia went down. Republicans who held on generally won by less than Trump did two years ago.

The tide has turned.

Though Democrats fell short in the Florida and Georgia gubernatorial races, they were set to flip five others — Democrat Laura Kelly triumphed in deep-red Kansas — and came closer to parity with Republicans nationally. Democrats were poised to take state legislative bodies in New York, Minnesota, New Hampshire and Colorado and to gain seats in Connecticut, Pennsylvania, Michigan and North Carolina.

And though they didn't prevail in the Senate — it was always a long shot, given that they were defending seats in 10 states that Trump won — they breezed in places that Trump carried two years ago, such as Pennsylvania, West Virginia and Ohio.

This was not a tsunami-size wave, but the tide has turned. Clearly, Trump has not realigned American politics. The laws of gravity have been restored. And there are abundant signs that the trends favoring Democrats are just beginning to be felt. 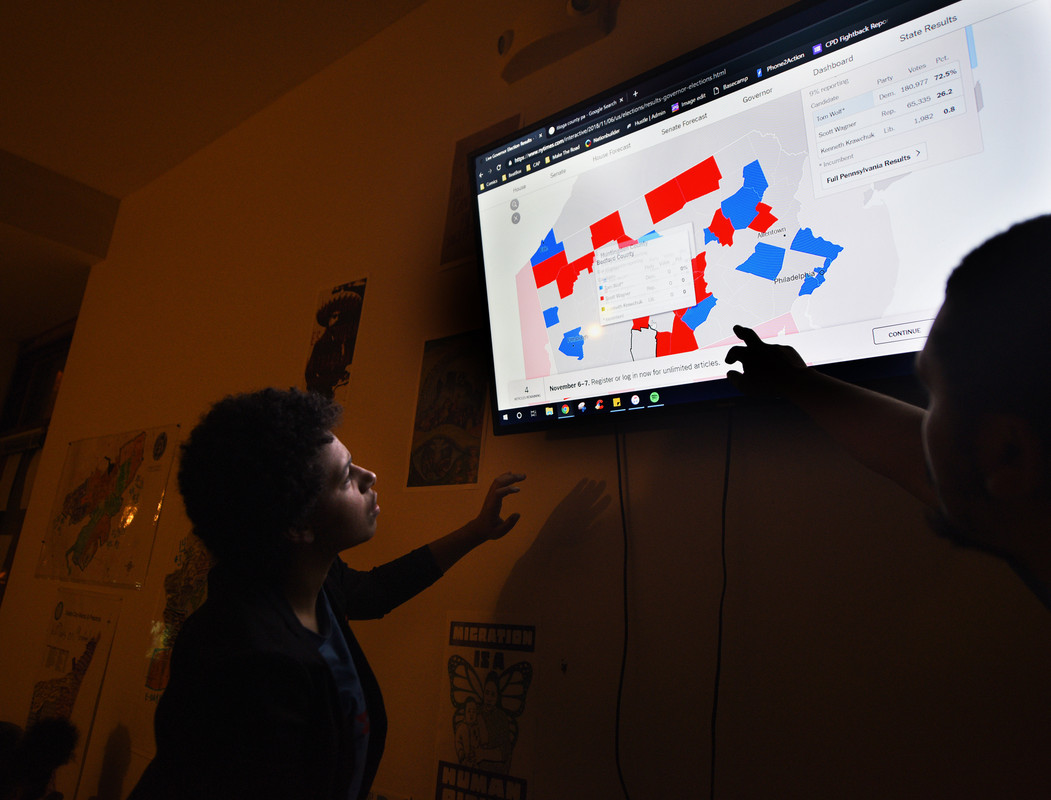 Also, the Democrats' success came despite significant economic headwinds. The average gain for the opposition party since the World War II has been 26 seats. Democrats were on course Tuesday night to pick up significantly more than that — even though the current unemployment rate is much lower, and economic growth much higher, than it was on average in the other post-war midterms.

Nearly 8 in 10 voters in battleground states thought the economy to be good or excellent, Post polling showed, yet a majority believed the country was headed in the wrong direction.

Why? They were registering their displeasure with Trump. More than 4 in 10 voters said Trump was one of the two most important factors in their votes — and three quarters of them supported Democrats. CNN's exit polling found that two-thirds of voters thought Trump a factor in their vote for House candidates, and a lopsided number said their vote was in opposition to Trump rather than a show of support.

Trump was the top issue they cited, along with health care, the issue Democrats had made the centerpiece of the campaign. The issue Trump labored hard to inject into the campaign — immigration — lagged in importance to voters, and back further still were the issues Trump had also hoped to make central to the campaign: the Supreme Court, his tax cut and House Minority Leader Nancy Pelosi (D-Calif.).

There are, happily, not enough racists in America to make Trump's strategy work.

But there was far more to reassure Trump's opponents.

In the closing weeks of the campaign, Trump launched a vulgar appeal to rally his base, fabricating an emergency about a migrant "caravan," releasing a racist ad, threatening to rewrite the Constitution by executive order and using the military as a political prop at the border. Republicans around the country echoed his nationalist appeals.

That did appear to bring his supporters to the polls; in exit surveys, those worried about immigration overwhelmingly supported Republicans. But the ugliness brought out more of Trump's opponents. This time, unlike in 2016, there was a backlash. There are, happily, not enough racists in America to make Trump's strategy work any longer.

Trump, as of last week, had uttered no fewer than 6,420 falsehoods during his presidency, by the count of The Post's Fact Checker. But there is one truth it will do him no good to deny: The people on this Election Day rejected him.

Trump and his sycophants will no doubt continue, in the coming two years, to attempt to fool and to frighten the people. But on Tuesday the voters began to push back.