Rising tariffs between the U.S. and China may boost trade between China and Latin American states, but ultimately this could harm their economies if all China wants is energy and commodities.

SANTIAGO — The trade war between the United States and China is not slowing down. As one economy raises a new barrier, the other repays it in kind.

In Latin America, this faraway fight for economic power could have an invigorating though in some ways ambivalent effect. China has positioned itself as a key trading and investing partner for our region. Data from the China Global Investment Tracker indicates that, in the period 2005-2017, Chinese investment flows toward the region reached in total $172 billion (or 10% of Chinese investments worldwide), just exceeding the total value of its investments in the United States in those years.

Thus in that time, Latin America and the Caribbean have become important destinations for Chinese capital heading across the Pacific.

And while Latin American relations with Beijing are primarily bilateral, triangular relations are becoming relevant and the United States is signaling its hemispheric concerns. The last U.S. Secretary of State Rex Tillerson took the opportunity of his visits in early 2018 to Mexico, Argentina, Peru, Colombia and Jamaica to warn about what he characterized as China's bid to use its economic clout to "pull the region into its orbit."

There are profound concerns over a possible return to the "commodified" model.

Seeking to revive ties between Washington and its Latin American and Caribbean partners, Tillerson stressed Washington's long-term commitment to the region, though his declarations did little to create a positive impression of the administration he represented. Meanwhile, President Trump was raising a wall, in part imaginary and built of disdain, to pander to his political sympathizers who wanted the U.S. shielded from various Latin American peoples and economies.

Trump apparently sees Latin America as a region that essentially exports migrant groups linked to crime, drug trafficking and disloyal trading practices. The region's political and economic value is emerging precisely in this context, with President Xi's China clearly in an advantageous position compared to the Trump administration. And yet, the economic diplomacy in which China promises mutual respect and benefits, and which has been received so well in the region, is not without problems and challenges. In fact, in several South American countries, there are profound concerns over a possible return to the "commodified" model — with the economy depending on exports of raw materials — due to asymmetrical trading. 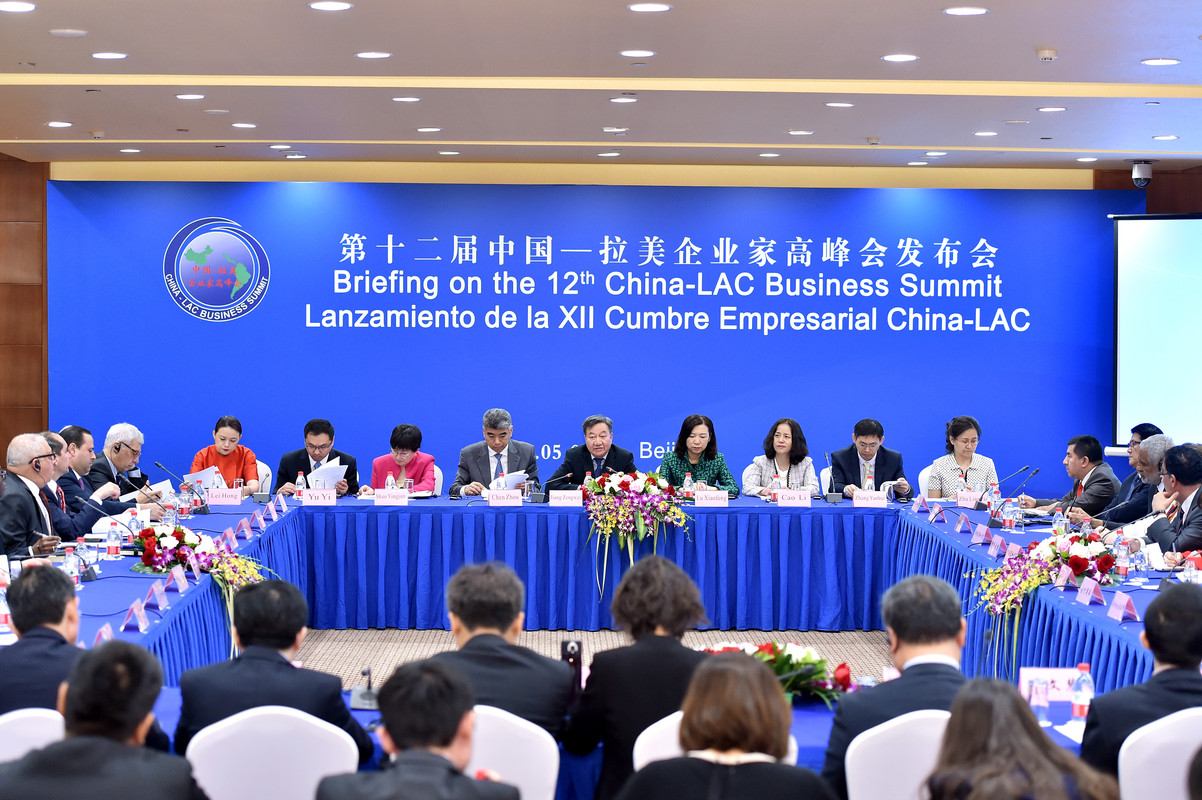 At the China & Latin America and the Caribbean Business Summit in Beijing on May 4 — Photo: Li Xin/Xinhua via ZUMA

While China is a vast market, most Latin American exports are restricted to particular sectors and products. Economic competition between China and the United States could make Latin American and Chinese relations more dynamic, but this could also have adverse effects. For example, if China stops importing soy from the United States, this could expand agro-industrial, single-crop farming in the Southern Cone, contributing to more greenhouse gas emissions and further reducing biodiversity. So the new requirements of the Chinese market may become less than encouraging in terms of environmental protection.

This gives Latin America a big responsibility. The challenge is how these countries might strategically approach the spaces opened up by economic conflict between China and the United States.

The vast network of small and mid-sized businesses, civil society and universities need to engage more actively in various aspects of this debate. The data cited for example shows that more than 75% of Chinese investments go to the energy sector. This being of special relevance to national sovereignty and security, these capital flows tend to be negotiated bilaterally, which negatively affects the institutional functionality of several regional cooperation spaces.

In comparative terms, Mercosur won 5% of China's global investments in 2005-17, and the Pacific Alliance, 2%. Yet neither regional block has an explicit strategy to orchestrate these capital flows within a wider policy of renewing its energy grid with Chinese help. This is clearly an outstanding task for regional cooperation.

In conclusion, in contrast with President Trump's rather insignificant policy toward Latin America, contemporary China is offering it a future based on negotiation and cooperation. Recognizing Latin America's weight as a recipient of Chinese investments is an important step toward defining new vectors in this economic relationship. The New Silk Road initiative must create an economic corridor to empower the region's productive and ecological balance, and the energy axis is key here. And if words are indeed echoed in deeds, Washington's Western Hemisphere policy will have to be gauged in comparative terms with the actual practice of mutual respect between China and Latin America.

For Latin America and the Caribbean, this means regional cooperation that values differences in strategic thinking and promotes territorial economies, from the bottom up.

From the apocalyptic Australian fires to the killer drone strike on Iran's top military commander...

If Finance Rules The World, Green Bonds May Be Planet's Only Hope

The finance mechanism for sustainable infrastructure, energy and industry may be the ultimate key...