Of Lions And Plastic, Strongmen And Mother Nature

Throughout history, nature has had to bear the consequences of human delusions of grandeur. Among the various and extravagant ways men devised to display their power, wild animals have paid a price that goes beyond the natural hunt for food. In ancient Rome's Colosseum, lions, leopards, and elephants were used — in brutal fashion — to demonstrate the extent and the reach of the Roman Empire's domination over the then known living world.

Though two millennia later, practices have mostly changed, the same human instincts reappear in other disturbing ways. Even if they don't have empires to claim, wealthy and power-hungry men (yes, this is clearly a male thing) still find in wild life a foil for their egos, from Pablo Escobar's hippos and Mike Tyson's tigers to the menageries of Hugh Hefner and Ukraine's deposed president Viktor Yanukovych. 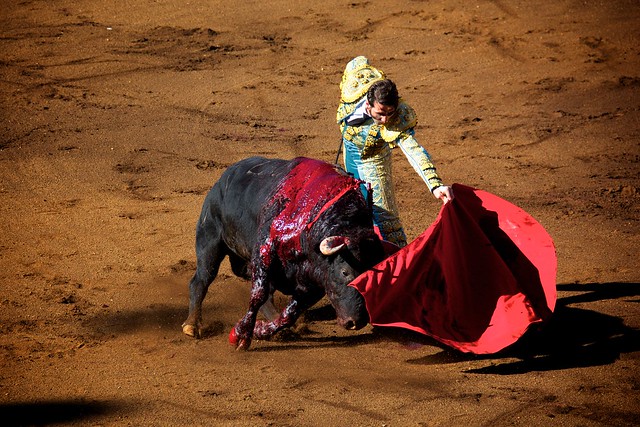 Le Monde reported last week on the "animal whims" of Joseph Kabila, who still occupies the function of President of the Democratic Republic of the Congo, although his mandate ended officially in December 2016. As deadly violence and chaos engulf his country, Kabila reportedly used all his "connections" to purchase and import not food nor raw materials to help his impoverished country, but some 450 wild animals, including giraffes, antelopes, zebras, blue wildebeest and Cape buffalos from Namibia. The shady but legal dealings, done through Ferme Espoir (an agribusiness and tourist company owned by Kabila), are reportedly aimed at fulfilling one of Kabila's wishes: to create a wildlife park like the ones in South Africa, But according to the French daily, which quotes the animals' exporter in Namibia, this is also part of the animal lover's personal "retirement plan."

Like the continued practice of bullfighting from Spain to South America, humans making spectacles of their dominance over the animal kingdom is a kind of metaphor for the way we treat the planet. (El Pais reports that residents of Bogota. Colombia may soon get to vote on a referendum on the issue) But to see the full reach of our short-sighted relationship with Mother Nature, consider a recent study that calculates how much plastic has been produced since the 1950s: 8.3 billion tons, with some 5.3 billion tons of it remaining as waste today. That's 25,000 Empire State Buildings, or to put it in numbers that Joseph Kabila could understand: one billion elephants.

Want To Teach In This Congolese City? Better Get Baptized

There is a religious litmus test for teachers in schools in this eastern stretch of Democratic Re...