MUNICH — Angela Merkel has seldom sounded so straightforward and genuine. It was a clear speech, it was an honest speech. It was such a remarkably clever speech too that you could almost believe that after retreating as party chief, Merkel actually wants to and will remain chancellor until Germany's next general election.

But it's not what Merkel announced — at least not exactly. She didn't declare that she was fighting for her chancellorship, she only said she was "ready" to run the government until 2021. That was a subtle, well-thought-out and obviously long-brewing announcement. It was the first half of a farewell speech, the great entrance into the great exit. Irony aside, the announcement of her withdrawal from her CDU party leadership means that the Merkel era is coming to an end. The renewal, the reformation of the CDU, can now begin.

And this will also force its coalition partners, the CDU's sister party from Bavaria (CSU) and the Socialist party SPD, to take action, bringing new dynamism to German politics. Indeed, none of the parties in the ruling coalition can any longer be content with just more of the same. This means that when Merkel leaves, others will also have to leave.

But for now, the country is faced with a forest of question marks. Who will succeed Merkel as party leader? There are the by-now usual suspects: her Health Minister Jens Spahn, the CDU's Secretary General Annegret Kramp-Karrenbauer, the Minister President of North Rhine-Westphalia Armin Laschet, or Merkel's longtime rival Friedrich Merz. Or will it be a fresh face, like the Minister President of Schleswig-Holstein Daniel Günther? What's left of Merkel's term will also depend on that decision.

Does this mean Angela Merkel is now a lame duck chancellor? Not quite. Merkel wouldn't have resigned from the party chairmanship if she had seen another possibility to keep the country's reins firmly in her hand. The unrest in her party was too great, nearly reaching a panic state. The Hesse election (in which the CDU lost more than 10 percentage points) was probably the line Merkel had set for herself to make the decision to step down. It was the right decision, and it was and is the attempt at an orderly stabilization of power for a transition period that should not drag out too long. 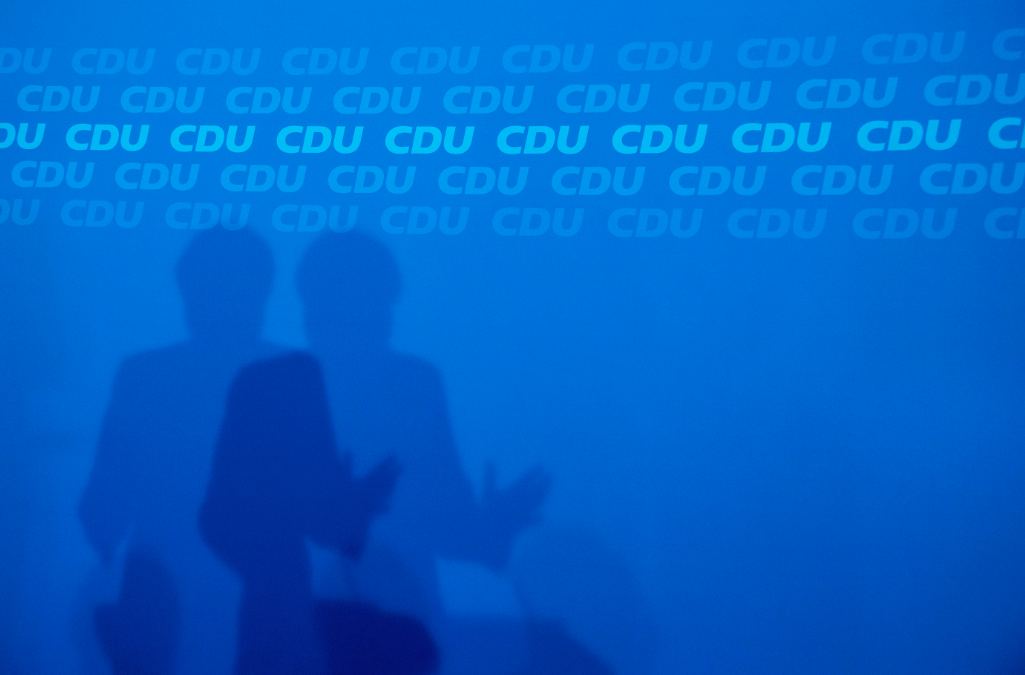 In recent years, Merkel had repeatedly said that one of the most difficult decisions was to find the right time to stop. Previous German leaders failed to identify the right moment. Even the first post-War chancellor, Konrad Adenauer, couldn't find it. Neither did Helmut Kohl, under whose chancellorship Angela Merkel took her first political steps.

Had the times we live in been normal, the right moment for Angela Merkel to say "Thank you, that's it" would have been before last year's general elections, after three terms in office. But these are not normal times. In 2017, Merkel saw herself obliged to face an unpredictable new U.S. president and the unleashed furies of nationalism worldwide. While Europe and the U.S. were reeling, Merkel decided to stay on — less for pleasure than for duty. But that wasn't and still isn't enough. Government experience, seriousness, and solidity are a nice combination, but they're no guarantee of success. Merkel's recipe so far was success itself ... as long as she had it. Since it crumbled and finally failed to happen again, doubts about her leadership have been growing.

She's trying to defy the odds, and her decision opens up new possibilities. The continuation of the grand coalition under a new leadership is one of them. But it's more likely that things will gradually move towards a new broader coalition: the CDU/CSU, the liberals FDP and the Green party. This is the coalition that failed to materialize a year ago. Back then, the leader of the FDP Christian Lindner would repeatedly explain that the main obstacle was Angela Merkel. After Monday's speech, this obstacle no longer exists.

Environmentalists and beer companies have common cause to oppose new tax rules that may reduce th...