Macron, a good fit for the French - Maya Vidon-White/ZUMA

Imagine what Donald Trump would do within a French-like government structure ...

PARIS — Macronism is the product of a particularly French ideal: the enlightened despot. From Napoleon Bonaparte to Charles de Gaulle, we have a habit of seeking out saviors, which helps explain the country's current love affair with newly elected President Emmanuel Macron.

The origins of this mindset go way back. Think about Voltaire, our esteemed 18th-century Enlightenment thinker whose utter distrust of the wisdom and goodness of the people meant that the absolute monarchy could only be replaced by a philosopher king. His ideal, obviously mythical, was the emperor of China, whom he pictured as a wise man surrounded by an intellectual and deserving Mandarin administration.

We also had Montesquieu, a political philosopher and contemporary of Voltaire, who distrusted any kind of authority and so developed ideas about the separation of powers — the system checks and balances. But his ideas fared better in the United States — as evidenced by America's immutable 1790 Constitution — than in France, where instead we embraced The National Convention (1792-1795), in which all powers mingled.

The legacy of that period endures in the form of democratic skepticism and an indifference to the concentration of powers. They mark our history. Rather than worry about a concentration of powers, we get excited about it. We believe in its joyful efficiency. Wasn't that the lesson of Napoleon's famous civil code, introduced in 1804? Of course with the Napoleonic Code, we also got Napoleon himself, and his perpetual wars. 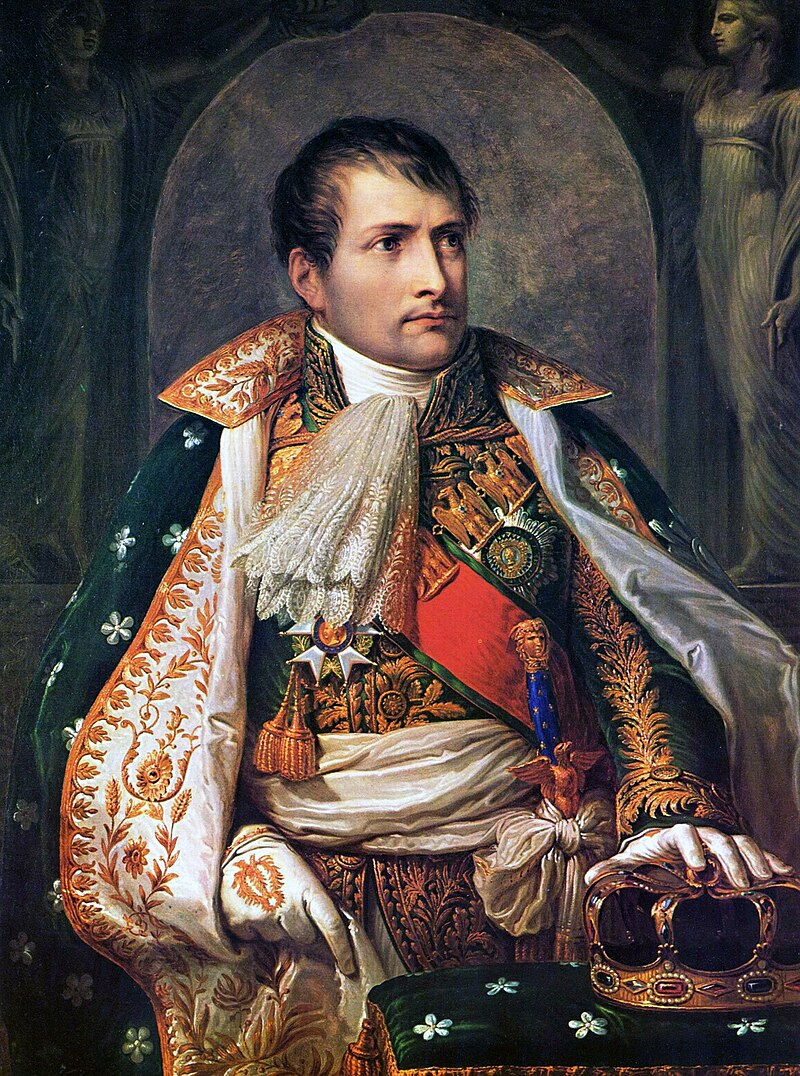 Napoleon as depicted by Andrea Appiani

Nowadays, when powers are divided — which happens more by chance than design — we loudly complain. During those periods when a president and a parliament from different parties must coexist, we see it as an affront to the despotic spirit of the Fifth Republic, established in 1958.

France's new president, Emmanuel Macron, is a product of this confused history. He seems to think that the French are, deep down, still monarchists. And he has a tremendous amount of power right now.

But he's enlightened, or so we assume. In reality we don't really know anything at this point. Still, we imagine that the power Macron wields is good in so far as it will allow him pass the necessary reforms a less servile Parliament would have refused.

But we also may want to consider some basic political arithmetic. Reforms that aren't negotiated, that are rammed through, are almost guaranteed to produce a counter-reform. In a nation as divided as ours, believing that despotism is more efficient than consensus is a mistake. Despotism calls for revolution, which is what the French are headed to if there are no checks and balances.

Montesquieu or Bonaparte? In the United States, the most dysfunctional president in American history can't impose his will, because checks and balances prevent him from doing so. The Constitution is fulfilling its function. It is separating powers and blocking autocracy. The American justice system, which is truly independent, has blocked Donald Trump's most xenophobic initiatives. The independent media has done its part by revealing the turpitudes of the Trump clan and limiting further transgressions, while individual state governments assure the continuity of public services.

Imagine, for a moment, what Trump would do within a French-like government structure. He'd wreak havoc! Only people on the streets could oppose him.

Macron, it's fair to say, is no Trump. Nor is he Napoleon. And he's aware of the era in which he lives, unlike De Gaulle, who seemed to lose sight of that at times. But we ought to consider how a perilous successor — someone like Jean-Luc Mélenchon or Marine Le Pen — could take advantage of the full powers we offer our leaders.

The despots, at first enlightened, change as they get older. They disappoint, or they are drunk on power. It's happened before. In Macron's case, I don't deny the state of emergency is important, or that the labor laws are in need of reform. But I think their relevance still has to be proven. Those are things we ought to consider now.

They change as they get older

We also need to look ahead and raise some difficult questions about or institutions, which, for decades, have brought us repeatedly into conflict. The Fifth Republic's reputation for efficiency is a myth. Instead we've had paralysis tempered by revolt.

It's not the people we have to change, but the institutions, which aren't adapted to the people. French presidentialism — a legal form of enlightened despotism — is poorly conceived for the fragmented society we are. We'd be better off with a parliament that fosters real negotiations, a properly representative parliament. Instead we have one where Macron's party holds two thirds of the seats despite winning just a third of the vote.

France's Fourth Republic had its faults, but in that regard, at least, it was more successful than the system that replaced it. The country doesn't, however, show any signs of improving parliamentary representation. Instead it seems like we're headed towards more despotism, with referendums and decrees. As if a submissive Parliament wasn't already enough. Let's hope we are wrong.