How Trump Forced A News Columnist Into News Detox

Time to put it down - Andrew Guan/Unsplash

News used to be a cherished staple for writer and conflict-resolution expert Aldo Civico. But when Donald Trump won the U.S. presidential elections, he had to take a break — for sanity's sake.

BOGOTÁ — I think a news diet would be healthy for Colombia. Like those intermittent detoxes used to cleanse the body, the social corpus also needs a break, a chance to flush out the toxins of news — both real and fake.

These days, seeing how news, social networking sites and the moods of various friends hover almost exclusively around ex-president Álvaro Uribe's legal problems, or the antics of Antanas Mockus — the outspoken Green Party-senator who bared his buttocks last month during the opening session of the new Congress — I recalled the decision I took when Donald Trump was elected. It was a wise decision.

Growing up in Italy, and especially after the abduction and killing in 1978 of the prime minister Aldo Moro, I developed a marked interest in politics and debate. Later, working with Palermo mayor Leoluca Orlando during the worst years of mafia attacks on the state, I learned a tremendous amount about how to interpret the spectacle of politics and its ambiguous language, about how there can be more meaning it what's left unsaid than said. 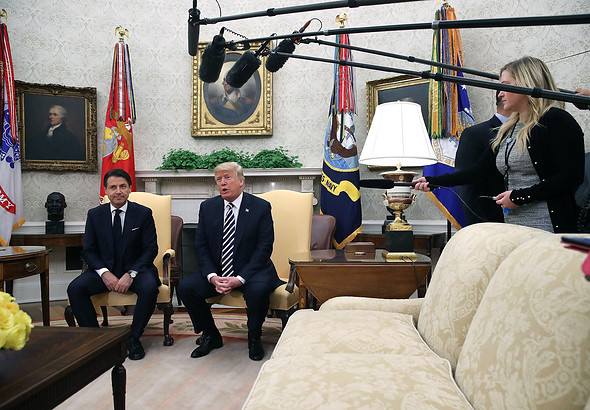 This passion has not only led me to analyze political events through reading, but also meet and even collaborate with certain political protagonists: the former Italian leader Romano Prodi, for example; and former U.S. president Bill Clinton. Before Trump's triumph, I would read various reviews every morning and watch relevant television programs. It was a passion, even a form of entertainment.

My news detox isn't about burying my head in the sand.

But with Trump's arrival I understood that if I kept up this elevated, daily dose of news and commentary, I would literally make myself sick. And so to protect myself and safeguard my health, I scaled back. I reduced my subscription to receive just the print version of the New York Times — on weekends only — and stopped watching all the television shows. I replaced my ingestion of news with more book reading and with new interests. I decided to avoid exhausting political debates online. In short, I decided on a news detox.

The words of Ralph Waldo Emerson come to mind. "There are many things of which a wise man might wish to be ignorant."

My news detox isn't about burying my head in the sand. I'm not isolating myself in a state of indifference to what is happening. It's about establishing limits. And as a result, I feel even more committed to the realities of this world and continue to accompany various leaders in their areas working to change the world. I benefit, in other words, from not letting myself be infected with the toxins of hate, lies, and polarization. I protect my energies so I can make a positive contribution.

It is no coincidence that life coaches like Tim Ferris are suggesting precisely the same thing — news fasting, selective ignorance and a "low information diet." And I think here Colombia, people would do well to follow this diet as well. It think it would change the quality and tone of our conversations, and who knows, maybe even redirect the focus of news media and networking platforms.

Italians are hot-headed. Brits can't cook ... Sure they're offensive. But as marketing experts ar...

It may seem like a pipe dream. And it would certainly cost a lot, especially in a large capital c...