RIO DE JANEIRO — Andrew Zimbalist's Circus Maximus is a book well worth a read. In it, the author — a U.S. economist specialized in the sports industry — argues that there's a growing consensus among economists that playing host to a mega-event like the Olympic Games or the FIFA World Cup is a terrible idea.

Putting on the Olympics costs the host country between $10 and $20 billion, for a return on investment that doesn't exceed $5 billion. What's more, it leaves the authorities with exorbitant bills just to maintain the infrastructure built especially for the occasion. According to Zimbalist, only two Olympics have proved profitable: Los Angeles and Barcelona.

The consequence of all this is that it's becoming harder to find countries interested in hosting such mega-events, especially in the developed world. Because of the huge sacrifices involved, the trend is for these events to migrate to developing countries or indeed countries with authoritarian regimes, where they reinforce centralizing policy agendas.

In that context, the International Olympic Committee itself understood that "something needs to change for everything to remain the same." In 2014, it issued 40 recommendations as part of its Agenda 2020 roadmap with a focus on themes such as efficiency, cost cutting, transparency and, most importantly, sustainability. But there are other proposals on the table.

Writing in Wired, journalist Megan Greenwell suggested that the Olympics should be hosted by several cities in different countries at once. This would improve efficiency and drastically reduce costs. Countries that already have the infrastructure for a specific sport could host that event. The next UEFA European soccer championship in 2020, which will be hosted by 13 different cities across Europe, could serve as an example of this type of organization.

The media coverage would not suffer: It would still be a single event. And it would make sense given that fewer and fewer people actually bother to travel to the host city to see the Games live: You only need to see the number of empty seats in Rio. The central experience now is that provided by television and the Internet.

Another element is the use of technology and intelligence for the organization of mega-events. Instead of building so-called "white elephants," future organizers should favor infrastructure sharing and the development of the sharing economy. 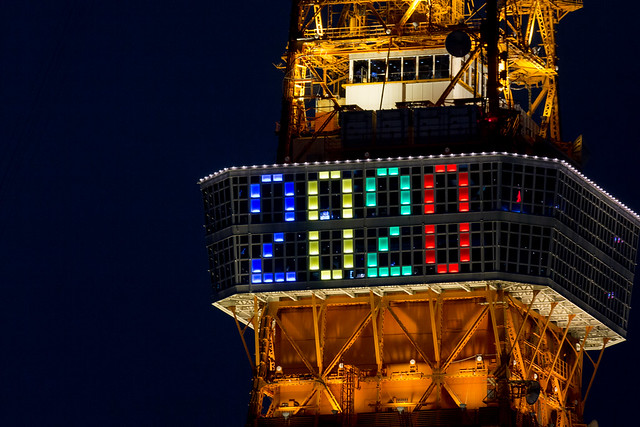 Tokyo is next. Can it handle it all? — Photo: Tmizo

This has already begun with the Rio Olympics and the deal passed between the organizers and Airbnb, which turned the online rental platform into the "official alternative accommodation services supplier" for the Rio games, providing 20,000 accommodation options. The move is considered so relevant that the company's service was included directly on the ticket reservation platform. This model allows for the money to circulate down to the city's inhabitants, avoiding the concentration of profit in the hands of just a few contractors and suppliers.

Another initiative is Uber's decision to impose a fixed price of 25 reais ($8) to take anybody from anywhere in Rio to an Olympic site, provided they agree to share their ride with another user. That's the same price as the all-day pass for public transport, RioCard.

For all these reasons, the Olympic Games in Brazil are actually a farewell. From here on, what really counts in these mega-events will be radically different from what we've grown accustomed to.

ABOUT THE SOURCE
All rights reserved © Worldcrunch - in partnership with FOLHA DE S. PAULO

From Paulo Coelho, A Cautionary Tale Of Terror For Bolsonaro's Brazil

The world-renowned Brazilian novelist was one of thousands jailed and tortured during the military regime (1964-1985) that Brazil's current President Jair Bolsonaro holds in such high esteem.

It would not be the first time Brazil and Argentina vie to clinch privileged ties with Washington, though for its economic weight and its president's conservative fervor, Brazil may be ahead in this game.