The peace process he helped guide in Colombia isn't perfect. Nor is it complete. But by ending the decades-old war with the FARC, outgoing President Manuel Santos definitely made his mark.

BOGOTA — After eight years in office, Juan Manuel Santos Calderón officially completed his tenure today as president of Colombia, and though it may be early to discuss his legacy, a preliminary assessment is pertinent.

Foreigners often ask how Santos, who signed an historic peace deal with the FARC guerilla army and won the Nobel Peace Prize as a result, could nevertheless have such dismally low approval ratings at home. The answer, I would say, stems from just that: the peace process.

For the political right that chose him as their president in 2010, Santos, with the peace deal, betrayed his immediate predecessor, Álvaro Uribe Vélez (2002-2010). They accuse him of surrendering Colombia to the FARC and to castrochavismo — socialism as espoused by the late Fidel Castro and Hugo Chavez.

For the left, which was decisive in his reelection in 2014, Santos came up short with regards to how the peace deal was implemented. He failed, for example, to deliver a comprehensive rural reform program. Nor did he follow through on certain political reforms, plans to develop special peace constituencies, and voluntary crop substitution (of coca and other plants used to make drugs). In other words, he's a traitor to some and inadequate to others.

This is significant progress.

Still, there's no denying that peace with the FARC is a huge turning point in Colombia's history. It closed a long chapter and sets the stage for the next, and it was President Santos and the FARC — with their resolve, leadership and persistence — who made it possible.

Sadly, community organizers are still being killed, and the ELN rebels remain active. Peace is not yet complete. But one need only observe the absence of mutilated soldiers in the Military Hospital, or the fact that FARC commanders are now debating in parliament rather than planning attacks in the mountains, to conclude that this is significant progress.

There's no denying that peace with the FARC is a huge turning point in Colombia's history.

And rather than cede the country to castrochavismo or the FARC, Santos is in fact handing power over to a conservative, Iván Duque of the Centro Democrático (Democratic Center, CD) party. 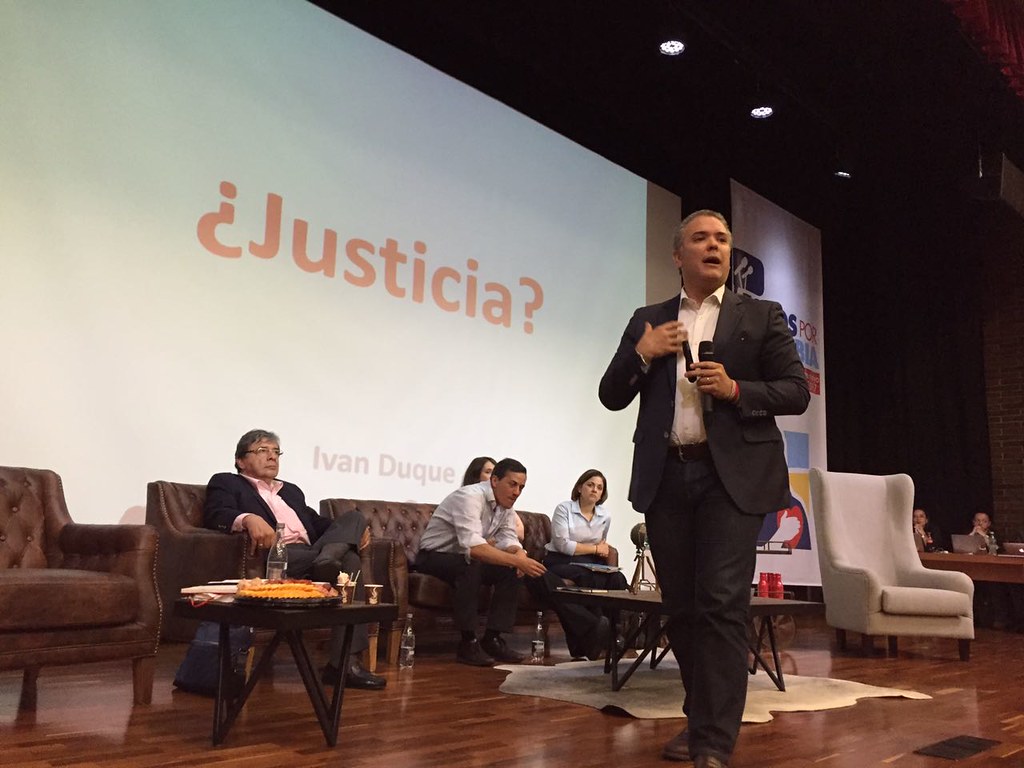 The accord has had some very important, and often overlooked, effects, starting with the 2018 elections. For the first time in a long while, the elections played out calmly and peacefully thanks to FARC disarmament and a unilateral ceasefire with the ELN. That allowed for broad, serious debate on things like education and healthcare, and on Colombia's oil- and mining-based development model — issues that had formerly been overshadowed by the war.

Once again, the public arena became the preeminent venue for selling arguments, something unthinkable in all the years when candidates were confined to their headquarters for security reasons. Voter participation, as result, rose to its highest level in the past 20 years.

We are seeing the opening of new spaces for democratic competition and social struggle.

But the most significant impact of the peace process is the reconfiguration of political forces at the national level. The CD, led by former president Uribe, established itself, in a very short time, as a new and dynamic party. It was the biggest winner in the elections, but now faces challenges due to Uribe's serious legal troubles. At the same time, the 51% of all votes cast that together, candidates Gustavo Petro, Sergio Fajardo and Humberto de la Calle won in the first round of the presidential election, is evidence that the political map changed for good in 2018. That Petro, a leftist and former Bogota mayor, won 8 million votes in the June runoff makes that even more apparent.

In these last eight years, Colombia has begun to move and shake off years of restrictive ties, immobility and violence. And that is very good. Social movements, peaceful protests and public consultations to defend local territories are all clear signs that citizens are increasingly demanding and conscious of their rights.

Some of these have happened because of things Santos has done; others in spite of them, or because of the things he failed to do. But ultimately, we are seeing the opening of new spaces for democratic competition and social struggle. For those of us dreaming of real transformations, there is no doubt that things have begun to change these last years. Yes, I started off by saying it's too early to weigh Santos's legacy, but let me venture to say that his years in power will be valued as important and positive.

*The author was Colombia's consul-general in Paris in 2012-15, appointed by President Santos.