LAMPEDUSA — To deter migrants crossing the Mediterranean Sea, European authorities have seized upon a seemingly innocuous bit of international maritime law to block NGO-run rescue ships from their lifesaving work: the requirement that every vessel with seaward ambitions — from search-and-rescue vessel to pleasure boat — carry a national flag.

The debate over whether NGO boats that rescue migrants are lifelines or "taxis of the sea" is old. Lately, Italy and other European states have pursued a similar tactic to the one used by the United States in 1931 when it caught gangster Al Capone on charges of tax fraud: unable to find legal issues with actual rescue missions, authorities are trying to sideline NGO vessels by diving into the minutiae of ships' national registrations. Italian prosecutors got even more creative this week when they ordered the seizure of the rescue ship Aquarius, operated by Doctors Without Borders, over "illegal waste disposal."

Thus, debates over bureaucratic details have eclipsed another requirement of international law: the duty to save human lives at sea.

Another way in which Italy has used bureaucracy to sabotage rescue missions is by asking NGOs to sign a "code of conduct." The 11-point code — aimed at stopping what Italy viewed as the groups' facilitation of people-smuggling across the sea — barred NGO ships from entering Libyan territorial waters to undertake rescues; banned them from making calls or sending up flares to signal their location to migrant boats in distress; and threatened to bar access to Italian ports if groups did not sign or comply. Several NGO vessels refused to sign. In retaliation, Italy ordered some of them to be seized.

These disputes have prevented ships with hundreds of just-rescued, vulnerable people aboard from disembarking in Europe. This happened recently with the Aquarius, the Lifeline and even the Diciotti, an Italian coast-guard ship barred from disembarking 177 refugees and migrants in Italy's port of Catania for several days in August.

This resembles a game of 'hot potato' in the central Mediterranean.

But more often bureaucracy wins. Desperate migrants do not have the luxury of waiting for courts to rule on the legality of states' actions. The bureaucratic games are directly responsible for the rising rate of deaths in the Mediterranean.

Under international maritime law, every state must require any ship flying its flag — whether it's a civilian, military or humanitarian vessel — to assist persons in distress at sea, without endangering the ship or crew. Coastal states must also render assistance in areas identified as their search-and-rescue (SAR) zones. 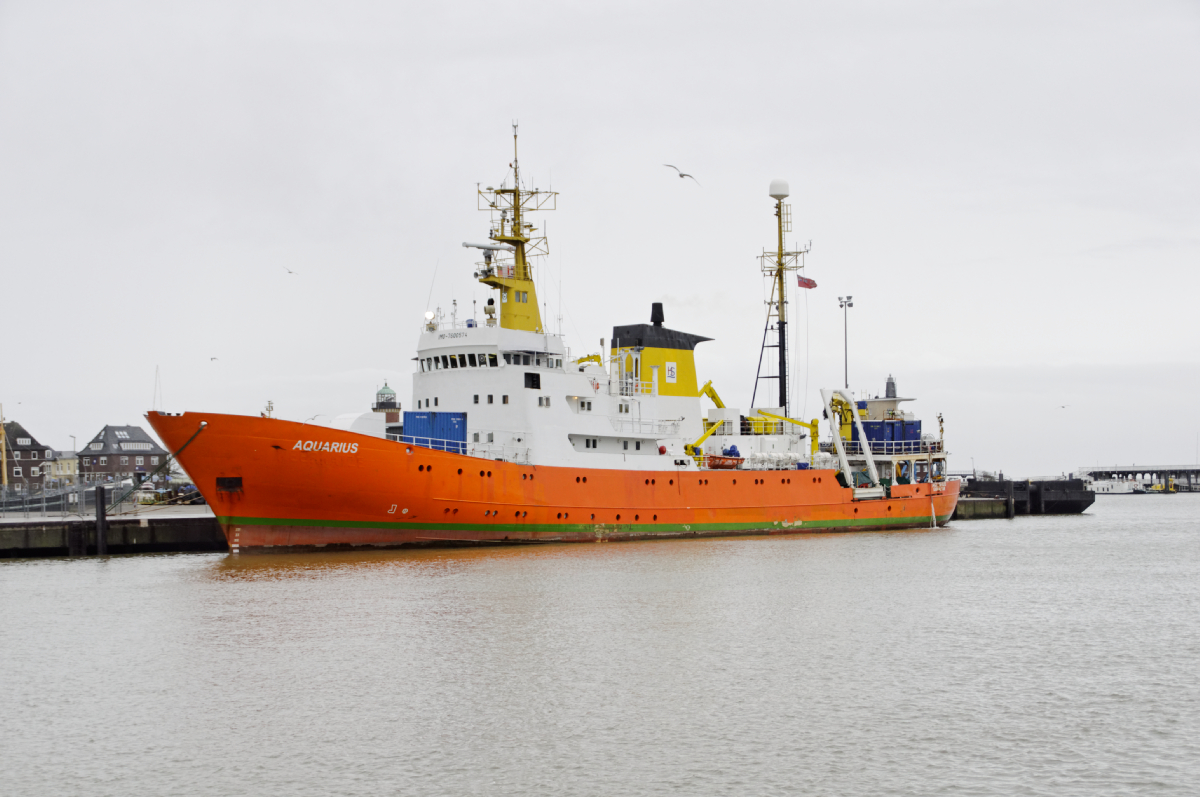 In theory, the duty to assist applies to any ship able to hear a distress signal. Maritime rescue coordination centers around the world coordinate rescue missions in their respective zones and determine the national authority responsible for responding.

But in reality this resembles a game of "hot potato" in the central Mediterranean, in which states quickly delegate or refuse responsibility.

This was evident when Malta recently gave life-vests, petrol and a compass to a migrant boat in its SAR zone, then directed it to the shores of Lampedusa. European ships within reach of the distress signal are starting to preemptively avoid the waters near Libya altogether or are (illegally) turning around before acknowledging a migrant boat's mayday signals.

The legal and moral responsibility to save lives has been lost at sea.

In this political climate, the few still-operational NGO rescue vessels are more important than ever. In their absence, rescues coordinated by European authorities end with migrants being returned to Libya, which may breach international laws around non-refoulement. With its ongoing civil war and record of detaining migrants, Libya is hardly a safe haven.

This was the fate of 92 rescued refugees and migrants aboard a cargo ship docked in Libya's port of Misrata who defiantly claimed they would rather die than return to Libya. The 10-day standoff ended when Libyan authorities used rubber bullets and tear gas to force disembarkation.

Meanwhile, Libya is also playing the bureaucratic game. Under international law, territorial waters consist of the 12 nautical miles (13.8 miles/22.2km) off the coast of any state, but last year Libya declared its own SAR zone of 74 nautical miles. There is no legal basis for this expansion. Libyan authorities warned NGOs to stay out. Three European NGOs stopped sea rescue missions after Libya's threats of violence.

Martin Taminiau, a volunteer with the NGO vessel Sea-Watch, which Malta detained for months over its national registration, said NGO ships must weigh bureaucratic roadblocks against the need to help migrants in distress.

"We have the right to enter these waters to save lives, but we also want to be able to operate long term," he said.

The legal and moral responsibility to save lives has been lost at sea, overshadowed by the technical debates over national flags, zones of responsibility, territorial waters and waste-disposal procedures.

Watchdog and humanitarian groups must maintain pressure on the European Union to respond promptly to distress calls in their SAR zones and to communicate transparently with any boats prepared to make the rescue, in accordance with international law.

The 1979 Search and Rescue Convention clearly designates areas of responsibility for responding to distress calls. This must translate into true responsibility and life-saving.