For A Tunisian City, The Mediterranean Offers Hope And Death

In the southern city of El Hamma, young Tunisians attempt to emigrate all the time for a dangerous journey across the Mediterranean. One recent tragedy left dozens dead.

EL HAMMA — Departing in mass from this small southern city, 74 young, unemployed Tunisians left in search of a brighter future in Europe. On June 3, 44 of them died in the treacherous waters of the Mediterranean Sea.

Sitting on a plastic chair outside his house in El Hamma, Ben Farah Adouni confirms that his son Tarek died that day. "They should've at least organized a state funeral. But for the Tunisian government, our sons are worthless whether they're dead or alive."

The families of the 44 victims blame the government just as much as the smugglers whom they believe tricked their children with false promises of a better life in Europe. "My son should've stayed here breaking stones," says Kamel Adouni, the father of Ammar, another one of the deceased. "Those criminals came here promising them heaven, and the government did nothing."

Families like the Adounis liken the smugglers to a well-oiled business, with operatives scouring the city's streets and cafes to collect cash from possible ‘customers' every day. The situation in El Hamma remains bleak: a broken motorcycle rusts outside while local women sit silently on the floor, excluded from the conversation.

Tarek used to share a room on the house's first floor with his two brothers, Mohammad and Kaissar. As an informal memorial to Tarek, they've laid out his usual outfit on his bed: a pair of jeans cut-off at the knees, a gray t-shirt and an FC Barcelona hat. Unlike many of the other victims, his is one of the thirteen bodies that has been returned to its family in El Hamma.

"Tarek used to help me sell used clothes in the market," says his father. "I could give him at most 15 dinars (5 euros) a day. He shouldn't have left, but I understand why he did."

The death toll from the capsizing on June 3rd continues to rise, now standing at 80 victims. Everywhere you go in El Hamma, everyone you meet is either a friend or relative of a victim, or a survivor of the shipwreck themselves. Almost 200 people crowded into a raft only seven meters long, which broke in half just two hours into the journey. The list of victims is expected to grow longer.

The drive to El Hamma from the airport in Tunis, the capital, takes five hours on a southbound highway flanking the coast and the barren countryside. As you approach the city of Gabès, passing by the grain silos and cement factories, you veer 40 kilometers west towards the Algerian border to reach El Hamma.

Despite being home to 52,000 people, it's hard to see the town sprawling beyond the city gates. Plastic seats and broken motorbikes litter the streets, and the city is empty except for a brick factory and the fading Islamic hammam (bath house) that gave the town its name. There is no economy to speak of, except for the sale of contraband gasoline from Libya and palm sap extracted from the many palm trees.

"It doesn't matter, my son Ammar should've stayed here," says Kamel Adouni. "Even if he had to break stones, at least he'd still be alive."

Many of the young men, like Tarek and Ammar, left El Hamma against their parents' wishes. "He called me from the island of Kerkennah, and I ordered him not to do it and he seemed convinced," says Kamel. "If I had known he was lying to me, I would've gone to pull him from that boat with my bare hands."

At the Al-Quds cafe, the patrons sit separated by age and gender as they drink coffee and orange juice while watching Ramadan dramas on television. Two survivors of the June 3rd shipwreck are seated at one of the tables. 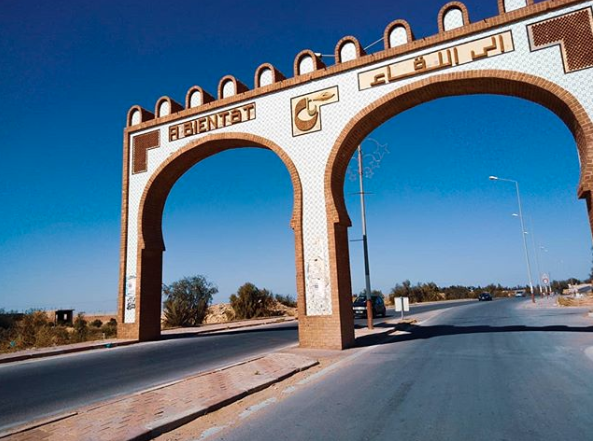 Wael Ferjani, 22, is one of them. He clung onto an empty jerrycan for dear life, floating at sea for four hours. "I will return to the sea, I'll try again," he says. "The boat was too small and it split in half. We only managed to survive by finding something to float on or by staying on the wreck. The captain was saved by a raft, we watched him flee while we shouted for help."

The other survivor is Mahfoudh Lassoid, 32. "The smuggler had already brought 60 people across to Italy safely, so we thought we could do the same," he says. "He sent one of his men here, stopping in all the cafes to collect cash and cell phones from people who wanted to leave."

Lassoid has bulging eyes and speaks in a feverish pitch, repeatedly apologizing for his distress. "I can't eat or sleep anymore, I'm sorry," he says. "You can't live anymore when you've seen so many people die."

It's one in the morning now, and the waiters bring more coffee and orange juice for the hundred or so people who have gathered around to listen to his story. "When we got the go-ahead from the smugglers, we traveled to the port of Sfax on state-owned buses, a few at a time so as to not attract attention," he says. "At night they boarded us onto fishing boats, pressing us together near the engine. After an hour we reached Kerkennah, where they kept us in a house for two weeks."

As he continues to recount his experience, Lassoid becomes apologetic again. "All of us were in there, those who survived and those who didn't. Understood? Sorry, I'm really sorry," he says. "Two hundred people hidden in one house. A shirt cost ten euros and water cost three times as much, but the smugglers offered us everything including drugs."

The would-be migrants were kept in the house as a way for the smugglers to extract more money from them. "You can't travel with money because if you get stopped by the police, they'll discover your plans and arrest you," he says. "After Kerkennah we changed houses, and my father used a money transfer service to wire the 1,200 euros I'd left him to pay for the journey."

Both isolated from the world and right in the eye of its storm.

The June 3rd disaster led to the dismissal of Tunisia's interior minister, Lotfi Brahem, and the police chief in Sfax, who was suspected of shielding corrupt colleagues. None of the traffickers have been arrested yet.

El Hamma is both isolated from the world and right in the eye of its storm. The Arab Spring started not far from here, in the Tunisian hinterland still suffering from years of unemployment and neglect. This part of Tunisia offers no industrial jobs save for the phosphate mines of Gafsa, where underpaid miners have organized yet another strike for better pay as inflation continues to rise. The price of a pack of Royale cigarettes has tripled, as has the number of employees in a mine that is facing a collapse in production.

Companies like the Gafsa mine hand out worthless jobs to keep the anger of young Tunisians at bay — but not even those positions are available in El Hamma. Here, the only people offering the hope of a better future are traffickers and terrorists.

"I too will return to the sea," says Lassoid. "I'll do it for Julie, a German woman I fell in love with in Djerba. I'll do it for myself, because I can't take it anymore in this place where the only thing we have is nothing."

Silence fills the air at two in the morning, pierced only by the sound of a distant prayer and the cries of a woman in a house nearby, mourning the loss of her son in the shipwreck. Mahfoudh ends his story with a question: "Would you stay here?"

Inside Tunisia's Battle Over Inter-Religious Marriages

Since 2017, Tunisian women have had the right to marry non-Muslims. But reality is playing out in...

Merkel, May And A New Wave Of Women Mayors Around The World

PARIS — When they met Thursday in Berlin, Angela Merkel and Theresa May were two leaders in ...