BEIJING - A Chinese man recently divorced and sued his wife for giving him an ugly daughter. Not only did he win the case, his ex-wife was sentenced to pay him 750,000 Yuan ($120,000) in compensation, reported Sina News.

According to the report, Feng Jian, the indignant husband, was shocked by his newborn daughter’s appearance. Not only did the baby not look like either of her parents but, he was horrified by how “incredibly ugly” she looked.

Sina News reported that at first, Feng suspected his wife of being unfaithful. After a DNA test proved he was indeed the father of the ugly baby, his wife finally admitted that she had undergone 620,000 Yuan ($100,000) worth of plastic surgery before meeting him. 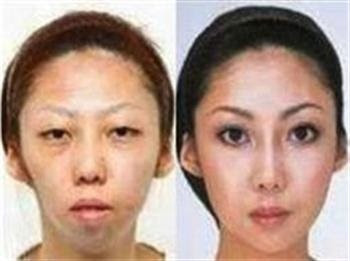 This prompted him to sue her for duping him into marrying here under “false pretenses.” The court agreed and ruled that the now reasonably good-looking woman should compensate her “cheated” ex-husband.

Plastic surgery is a hot topic at the moment in China. A recent advertisement for a Hong Kong plastic surgery clinic has triggered a hot debate in the country. The ad shows a family photo with a beautiful couple surrounded by three children who are, well, ugly ducklings.

The photo caption reads, “The only thing you have to worry about after plastic surgery is explaining it to your children,” E-Today reports.

After an outcry on Chinese micro-blogging sites, the advertising company had to issue a statement saying that the children’s photos had to be retouched.

According to data from Taiwan’s Foreign Trade Association, three million Chinese undergo plastic surgery each year. The market of these “high-end medical services” has an annual growth of 10%, quite a bit higher than the global average of 6%. With their relatively much more advanced professional staff and equipment, Taiwan, Hong Kong, South Korea and Japan are fiercely competing for Chinese clients.

A derivative of the Bauhaus revolution, the Isokon building brought modernity, and affordable rent, to conservative Britain — 85 years ago.

Back To Beans? A Whiff Of Britain's Post-Brexit Food Menu

A messy withdrawal from the EU could cost the U.K. its current trade routes and threaten supplies of brie and parmesan, avocados and tomatoes...and even tea!