Why It's Time For Sports To Adopt The Third Gender

Caster Semenya competing in Doha, Qatar on May 3, 2019 - Xinhua/ZUMA

Caster Semenya's case shows that the sport world must have an open debate about intersexuality, and finally step up.

"Hell no": This is how double Olympic champion Caster Semenya responded to the news that she will have to take medication to lower her testosterone levels if she wants to compete again in women's races. New rules by the International Association of Athletics Federations (IAAF), which come into effect on May 8, have been criticized as discriminatory.

The South African middle-distance runner says she won't take any medication even though the Court of Arbitration for Sport (CAS) rejected her appeal against the IAAF's new regulations. Up to 1.7% of the world's population are born with intersex traits, according to the United Nations. This means they have both male and female characteristics. Semenya is a woman but she was born with the intersex trait of high testosterone.

In most countries around the world, intersex people come up against discriminatory rules that assign them one gender or another. In Germany a landmark ruling paved the way for an intersex identity law that allows people to choose the "diverse" category on documents.

MUNICH — Soccer recently took the lead: In the Germany v. Serbia men's friendly match in March, toilet doors of the Wolfsburg Arena had unisex signs. Offering visitors a "gender-neutral stadium experience" was praiseworthy, but only the first step. The second must be to effectively move the issue from the toilets to the playing field.

The amazing thing about the intersexuality debate, about fluid boundaries between the sexes, about the impossibility of making a clear classification, is the fact that it has hardly ever taken place in sport. You can see still the two letters (F and M) on Wolfsburg Arena door signs. Of course, the November 2017 ruling by the Federal Constitutional Court on the third gender concerns sport too. 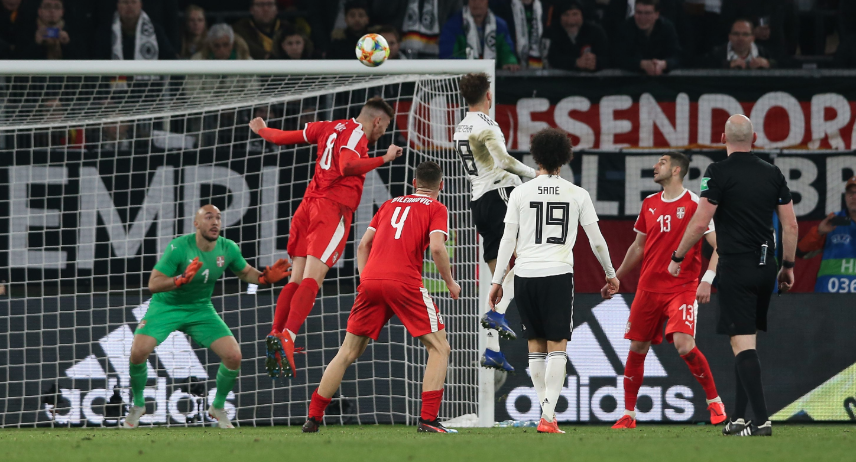 Now, no one may have felt the urgency to be able to select three European champions, for example in the categories M, F and Diverse. But South African middle-distance runner Caster Semenya's challenge against discriminatory hormone treatment was pending for months before the Court of Arbitration for Sport (CAS).

Exactly because this story illustrated a complicated situation and attracted worldwide attention, it would have been desirable that clubs and associations, committees and other bodies here in Germany had thought about the situation better.

Semenya's case presents itself as a kind of classical experiment.

It's true, track and field is better suited than other sports for such a debate on such basic principles. Because of the nature of running, Semenya's case presents itself as a kind of classical experiment: Distance, time and a body moving from start to finish. We do not have to consider more than these three components; there are no hurdles, no pirouettes, which may affect the overall performance. If there is a need for action, such as the introduction of different competition categories, then track and field is perfect.

And this is a big "if" — because perhaps the belief prevails that the old way is better. Only it is not a good idea to wait for the next case to come up. The third gender is a reality in sport — from the stadium bathrooms to the competitors on the field.

Gandhi, A Singular Guide For MLK And Civil Rights Movement

At the 150th anniversary of the Indian independence leader and philosopher of non-violence, looki...

Female Condoms: A Way For African Women To Take Power

Designed in the 1980s to protect against sexually transmitted diseases and unwanted pregnancies, ...