Want To Teach In This Congolese City? Better Get Baptized

Praying at a church in Goma, DRC - Patrick Meinhardt/ZUMA

There is a religious litmus test for teachers in schools in this eastern stretch of Democratic Republic of Congo.

BENI — During a recent morning mass at a church in this northeast Congolese city, the pastor had a sort of job announcement for his congregants: The local school was looking for a biochemistry teacher and someone who speaks English to look after middle school children. But, he added: "The first condition is to be a fervent Christian and available to fill in for pastoral duties."

Over the past few years, identifying yourself as religious has become the first selection criteria for teachers in many contract schools in this city in the eastern part of the Democratic Republic of Congo.

Math teacher E.K., for instance, had to get baptized in August 2010, shortly before the end of summer vacation. "When I applied for the job, I was advised to change religion if I wanted to improve my chances of getting the job," he says. Together with another colleague who teaches Latin and philosophy, he says a large number of teachers in their school are from church-going families.

Religion, whether it's Catholicism, Protestantism, Islam or Kimbanguism, plays an important role in education in Beni. Three of every four schools are "contract schools" run according to education ministry guidelines.

Kibonge Kambale, who works for the ministry in Beni, says legal representatives from churches name the principals for these contract schools.

At a church in Goma, DRC — Photo: Patrick Meinhardt/ZUMA

These principals, who are often pastors or former religious leaders, in turn recruit teachers.

"Religious leaders demand that principals consider first and foremost the teacher's religion. They say you need to employ people who share your Biblical view," says Jérémie Kasereka, the local head of the national teachers union, who opposes the practice.

A pastor of the Kimbanguist Church, however, finds this system "normal."

"It's difficult to take on a teacher who won't respect the day of Sabbath or any other religious celebration in a contract school that follows the religion's doctrine," says the pastor.

It can indeed be observed that, in some schools, the teachers are asked to fully participate in their Church's religious life. Sometimes, they're even part of the pastor's staff. 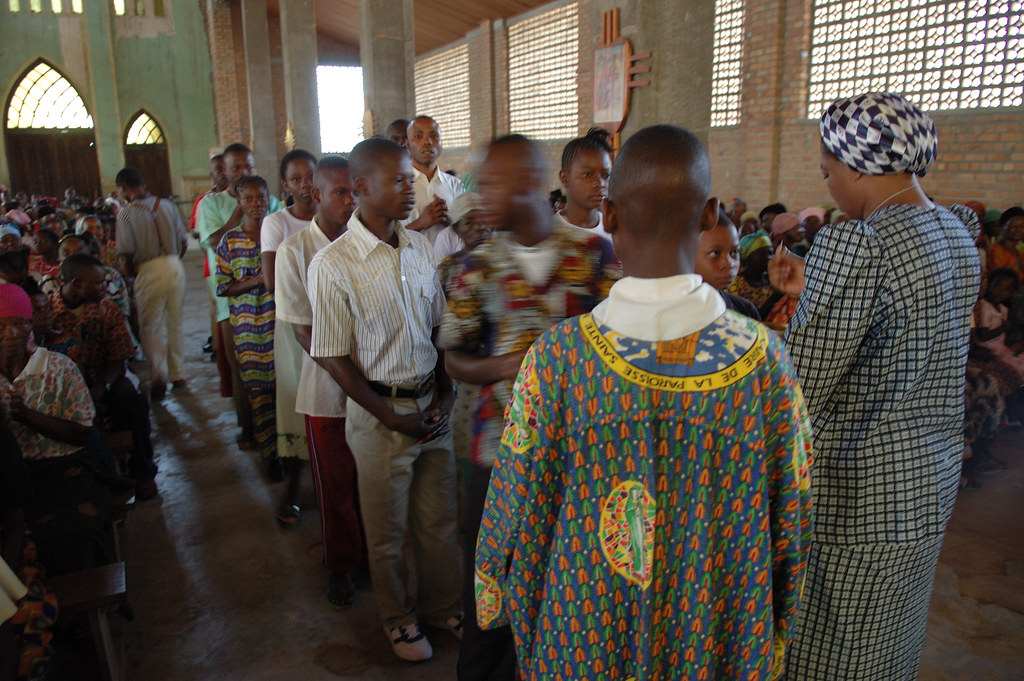 Service at a church in DRC — Photo: Julien Harneis

"Every month in my school, the pastor hands teachers envelopes for them to pay the tithe," says Michel, who teaches in a Protestant school. All teachers take part in the Church meeting on the first and last Friday of every month. They're also required to attend French-language mass on Saturdays.

A psychologist in an NGO that fights for accountability in Beni, Alphonse Kakule, rejects this system, which he says lets religion precede a teacher's competence. He observes that professionals who should be valued in education "flee to other sectors that bring in more money at the end of the month."

The local teacher's union, which fears that children's education would be negatively affected, is urging the government to intervene against these religious requirements.

Of Lions And Plastic, Strongmen And Mother Nature

Throughout history, nature has had to bear the consequences of human delusions of grandeur. ...