Prince Charles believes brutalist buildings are like "monstrous carbuncles," but there is a frenzied architectural movement afoot to save these concrete blocks.

BERLIN — The buildings of the "brutalist" era, which flourished from the 1950s to the mid-1970s, are now about a half-century old, and they're undergoing a revival of appreciation. But whether we actually need to keep them around is a question many are asking, and the answers are rarely favorable. After all, brutalism is by most accounts the most reviled architectural style of the 20th century. Too big, too solid, too brutal.

Even those who accept that this style once represented modernism must acknowledge that the aesthetic isn't congruent with today's domination of climate-neutral, sustainable, resource-considerate habitats, by thin skyscrapers and embrasure-like natural stone facades.

Brutalists had many arguments in their defense at the time. Their buildings wanted to manifest reality, to show the building materials openly, to be an ethical statement. But that was the flaw. Most people probably believe that architectural ethics should firstly demand that the building not collapse on top of the people inside it.

Most people don't really care if a multi-story parking garage or a library embodies ethical values. And if communities really need gigantic bus stations, courts or libraries, then they should look like Versailles imitations or a postmodern mixture of materials — like anything other than a slab of concrete that looks like it just found a space in town and expanded. No one needs honesty from architecture. 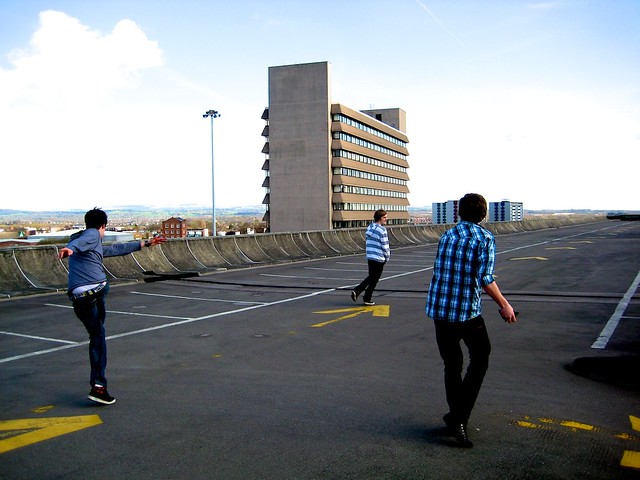 That's why many brutalist buildings have been demolished over the last few years, suggesting that an entire architectural era was destined to be ground into dust. One of the most prominent advocates of this mentality is Prince Charles of Wales, a man who once likened modern architecture to "a monstrous carbuncle on the face of a much loved and elegant friend."

In 1987, he even made allowances for the Nazi Luftwaffe, Germany's air branch during World War II, saying that they at least did not leave anything uglier than rubble behind, unlike brutalist architects. It must be said, though, that these architects at least built residential areas in which many English people live reasonably cheaply and comfortably.

The attacks on brutalism are nearly always unfair. It may not be obvious to everyone at first glance, but these buildings were designed to benefit people. They were designed to celebrate democracy. Government buildings, libraries and cultural centers built in the brutalist style were supposed to stand out rather than fade into the background.

Their aesthetics, which often ignored the boundary between architecture and sculpture, were a conscious gesture of presumptuousness. Brutalists rejected the idea that public buildings should be modest in their use of materials. Their buildings were meant to last for eternity, and they thought that the enemies of progress would quiet down at some point.

But they didn't, and that's frankly because of the mistakes of brutalism. Its very name, whose genesis is unknown, was poorly chosen. Why should people accept architecture that was "brutally" forced upon them? For many, the style has become synonymous with any contemporary architecture that they don't like. But not every building that has been called brutalist is indeed part of the genre.

Many brutalist buildings were built during boom eras, designed with the confidence that budgets would always be generous enough to maintain them. But the oil crisis, mass unemployment and public budget cuts prevented this from happening, and many were left without proper maintenance. If a building from the late 19th century begins to falter, it looks romantic. But if a concrete building has cracks, it looks positively dangerous.

Brutalism's ambition to build for the masses, for the general public, was another drawback. Its critics saw is as an unwarranted appropriation of prime property. The left also saw it as insolence. They lived in lovingly restored old buildings or in houses with solar panels and had become accustomed to eating raw food — but raw concrete, no thank you.

Humane buildings should now be low-energy houses or should at least look like a piece of Hundertwasser art, critics believe. And that's how supporters of brutalism were eventually left with just a single argument in their favor. Brutalism, they argue, is historically and culturally important and therefore deserves to be preserved. 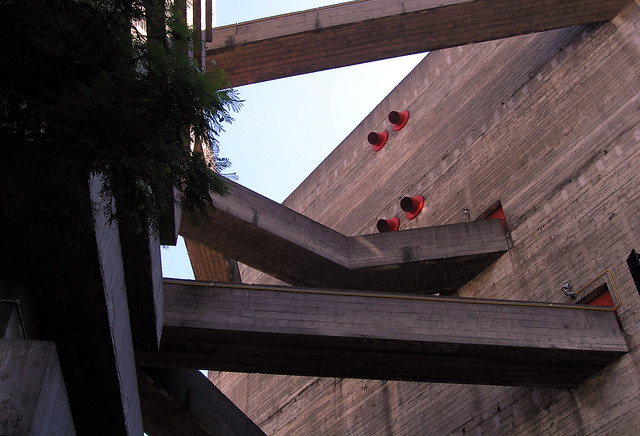 Even though many of these buildings landed on lists of "most ugly" and "most worthy of demolition," the argument goes, they nonetheless are historic evidence that should please, please, please not be blown to kingdom come. And it's this line of reasoning that finally resonated.

The Preston Bus Station, built in 1969 in Lancashire, England, was saved from demolition by an online petition, despite the fact that public officials had already decided to raze it. Many others were just as lucky.

The preservation movement for the brutalist style is gaining momentum by the minute, mostly due to the Internet. Tumblr groups, such as "Fuck Yeah Brutalism," collect photos that demonstrate how daring, optimistic and rich the gestures of the concrete architects really were. Facebook's "Brutalism Appreciation Society" has more than 27,000 members. And the German Architecture Museum in Frankfurt has planned a major brutalism exhibition for 2017.

It almost seems as if these buildings were built to appear on Tumblr and fashion shoots, or as backgrounds for dystopian films. Perhaps these concrete giants have found their cultural mission, becoming the background for the self-expression of the present they were always meant to be.