The Uniquely French Art Of Blocking Reform, Myth Or Reality?

Rail workers during a demonstration on Dec 10, 2019 in Paris - Abaca/Abaca via ZUMA Press

France is virtually shut down now by national strikes over pension reform. But from Denmark to UK to Germany, social change and the popular movements resisting have their own histories.

PARIS — Like in previous social movements, a cliché haunts the current public debate over the strikes and pension system reform: the French are the only ones, at least in Europe, to resist the "necessary" social reforms, which the other "reasonable" nations would have accepted without protest.

Last year in Copenhagen, French President Emmanuel Macron chided France "Gaul" national character for being "resistant to change, comparing them with the "Lutheran" Danish. At the start of the "yellow vests" movement a few months later, he declared this during a speech in Germany: "Here, the rules create trust and participation; on the other side of the Rhine, they have often generated mistrust and all too often the art of circumvention."

President Macron may still think that the Hartz reform, during the term of Chancellor Gerhard Schröder (1998-2005) in the early 2000s, established trust and prosperity across the Rhine? The sociologist Matthias Knuth of the University of Duisburg has unmasked this received wisdom, showing that long-term unemployment is still not under control in Germany and that positive employment dynamics only concern the short-term unemployed. Meanwhile, Schröder's successor, Angela Merkel, has managed to push through minimal reforms.

Yes, the cliché is flawed. It is necessary to make comparisons by recognizing that the political life of national populaces is very diverse, even if, in the European Union many values and practices are indeed shared. The way in which a citizenry refuses or accepts a given reform goes through unique processes, based on collective values present in national communities and different economic contexts.

While INSEE, the French National Institute of Statistics and Economic Studies, has just noted that inequalities in the country have grown over the long term and have returned to their 1990 level, the effect of redistribution has remained strong. Without it, France would be among the most unequal countries in the EU. Redistribution is largely driven by social protection, which French voters are increasingly demanding. This is not a simple "safety net" but an expression of the principle of equality. 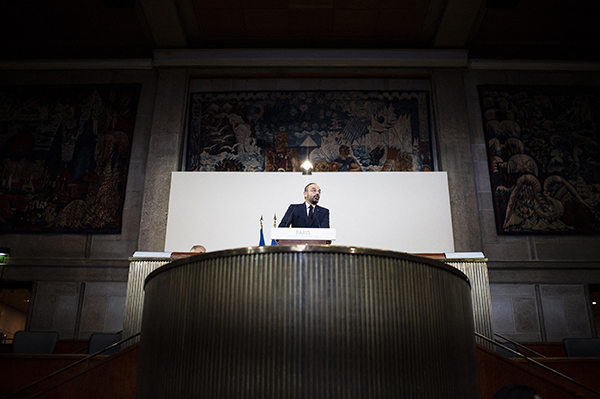 There is less political attention devoted to the issue of poverty in Germany than in France, even if amid general prosperity (the unemployment rate is very low for the moment), Germany lives with a higher poverty rate than France (18.4 v. 17.4 in 2018, harmonized European figures).

Germans, especially the poorest, oldest and least qualified, largely rejected the Hartz reforms, especially Hartz IV, which destroyed the old unemployment assistance. The reform was the subject of weekly demonstrations each Monday –– the Montagsdemonstrationen –– from 2003 to 2005. Opponents then went to court and, after Schröder's departure, obtained several favorable decisions. In 2008, the duration of the Hartz distribution was extended for those over the age of 50 (up to 24 months to 58 years). More recently, in October, the Constitutional Court of Karlsruhe limited the amount of the distribution deduction in the event of failure to comply with the "obligations" of job-seekers, following the two German constitutional principles of "human dignity" (Menschenwürde) and of "minimum existence".

In the British case, tolerance for poverty is greater than in other major countries. Though fiercely attached to their health system (the National Health Service, NHS), Britons do not have a great deal of confidence in their social protection, organized around a minimal level of assistance. In the late 1970s, Margaret Thatcher's government abolished State Earnings-Related Pension Scheme. The promises of poverty reduction under Tony Blair (1997-2007) have vanished. Lower economic classes have suffered from the full austerity policies of conservative governments before the country was largely sidetracked by the madness of Brexit in 2015.

Contrary to the cliché, the Danes, whose demand for equality is still stronger than in Sweden, are very combative in defending their social protection. Professor of social sciences Henning Jorgensen (Aalborg University) has titled one of his major works Denmark: Conflicting Consensus (Edward Elgar Publishing, 2002, untranslated). According to union statistics, Denmark has more annual strike days than France. The Danes fight primarily, through their unions, in the context of professional negotiations. But for more than ten years, Danish society has gradually unified itself around a steadily increasing xenophobia, even touching the Social Democratic Party: demands for equality are the priority ... though among Danes only.

Major strikes, united and largely xenophobic fronts: yes, this is perhaps the form of anti-reform protest we can currently identify as à la française!

Jean-Claude Barbier is a sociologist at CNRS, University Paris-I-Panthéon-Sorbonne