It's now been a century since the brilliant, Italian-born artist passed away in Paris, France at just 36 years of age.

LIVORNO — "It was the first morning / of his inability to rise," the poet from Livorno, Giorgio Caproni, would say. On Jan. 24, 1920, Amedeo Modigliani succumbed to the tuberculous meningitis that wore away at him for years.

He was buried at the Père-Lachaise cemetery, in Paris. They say that the chariot carrying his body was covered in flowers and that the streets were full of artists in mourning from the Parisian community.

The young and handsome Modigliani, the philosopher, the prince, the bohemian, the educated Sephardic jew that he was, was born 36 years earlier in the Tuscan city of Livorno.

His father was a coal merchant perpetually on the brink of bankruptcy, while his mother was a French teacher. She accompanied him, when he was little more than a teenager, during his long convalescence through Sicily and Naples. The first one, the umpteenth. 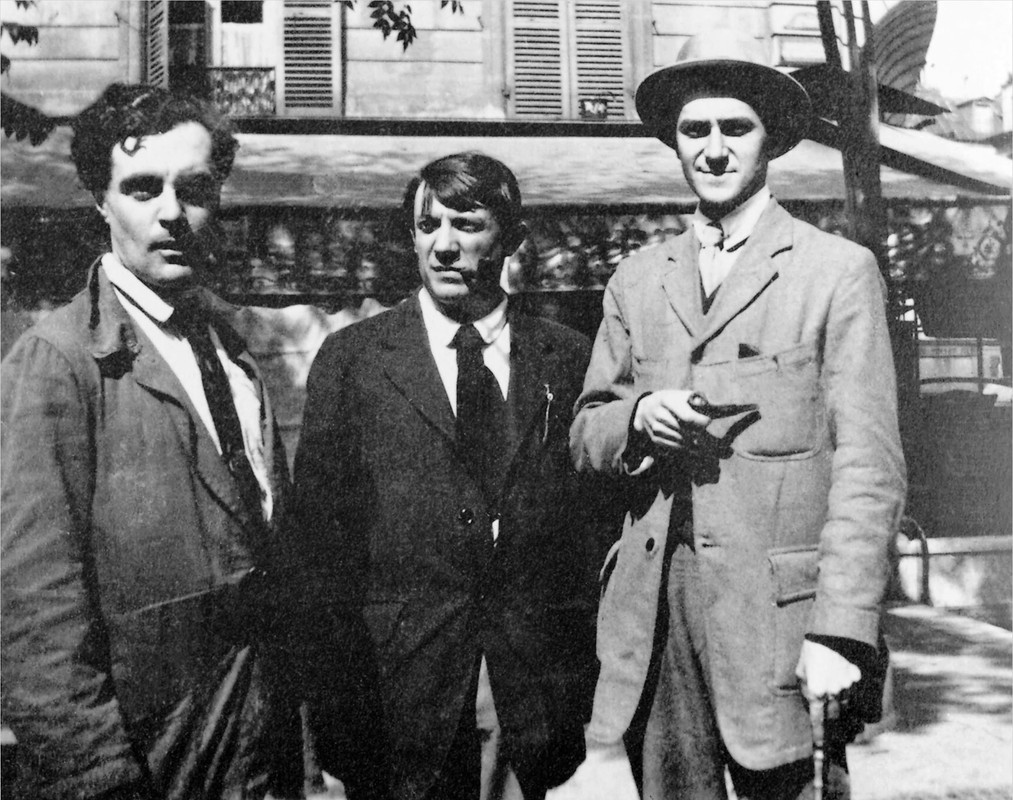 Modigliani was a sick man. Legend has it that he was a drug addict and an alcoholic, but the truth is that he probably used alcohol and opioids to keep his chronic cough at bay.

Especially in Paris, where he arrived thanks to his uncle Amedeo's money, and where he couldn't allow himself to be considered plague-ridden, a willful Typhoid Mary, someone contagious to be kept away.

He needed to be accepted into the artist community. And he succeeded.

Shown in Livorno's Museo della Città, Modigliani and the Montparnasse Adventure: Masterpieces from the Netter and Alexandre Collection is an exhibit celebrating the relationship between the painter and his beloved adopted city. It features paintings from the collections of Jonas Netter and Paul Alexandre, the first and most important collectors, according to exhibit curator Marc Restelleni. Merchants, patrons in love with the talent of those penniless and brilliant artists of Montparnasse, the only collections whose Modiglianis are completely above suspicion, having acquired the paintings directly from the artist.

They would dance, paint, make love and argue.

It is a story of love and of blows, the last chapter of which recounts the tale of the great 1980s hoax, those forged stone heads that for a time drove Italy's art historians crazy. They were found down in the Fosso Reale — the ancient moat built for protecting Livorno — right where legend has it that Modì threw out several of his early sculptures, upset by the smirks of his fellow citizens.

Modigliani escaped, turning toward Paris — to Montparnasse. It was the place to be, where Picasso, Apollinaire, Braque, Brancusi and so many others worked just a few streets away. Right where, at 7 Rue du Delta, Paul Alexander and his brother Jean set up an artists' colony, a shelter for everyone, in an abandoned palazzo. They would dance, paint, make love and argue.

Suzanne Valadon was there, with her sumptuous nudes on display, as was her neurotic son Maurice Ultrillo, who for his part painted streets, palaces, cityscapes. Churches, houses, stairway — all externalized symbols of his complex psychic architecture. Moïse Kisling was there too, and Isaac Antcher, exhibiting his horrifying forest paintings, and André Derain, whose fauvist work perfectly balanced the epic and the individual.

But above all there was Chaïm Soutine, Modigliani's best friend in addition to being a painter of harrowing intelligence. Their works would hang side by side, and seemed to speak to one another.

Modigliani painted Soutine, his only portrait subject not depicted with his hands folded in his lap. Soutine painted a woman and called her La folle, "the crazy one," and posed her with her hands resting on her knees — the same position Modigliani painted him in three years earlier.

And then Soutine painted all those animal still lives, all that flesh accumulating in the studio, left to rot, much to the desperation of the neighbors. 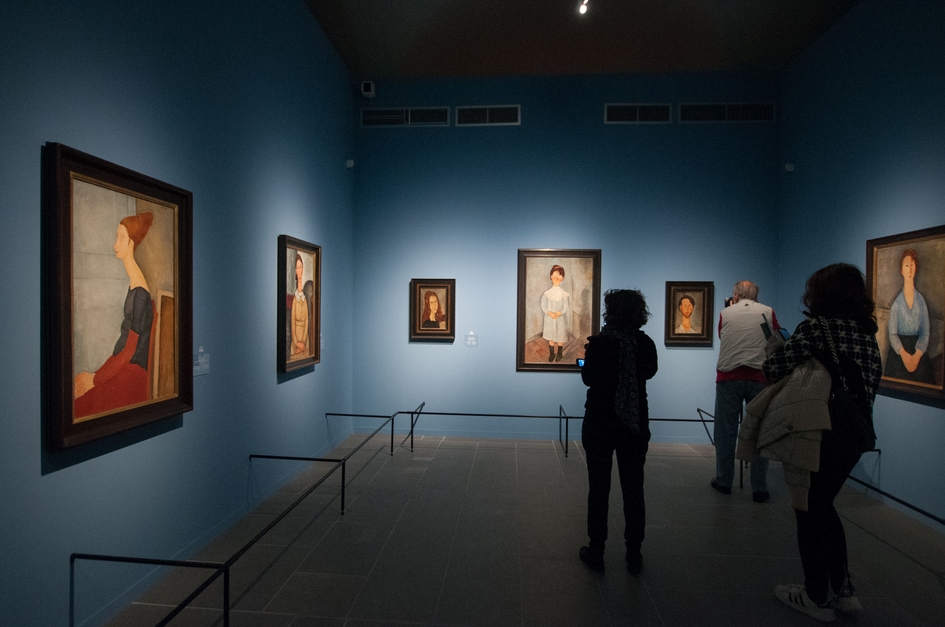 ''Modigliani and the adventure of Montparnasse'' exhibit in Livorno — Source: Federico Tovoli/VW Pics/ZUMA

"Your duty is to not let yourself be consumed in the sacrifice. Your real duty is to save your dream," Modigliani wrote in 1905 to another friend, the painter Oscar Ghiglia. "Worship as sacred all that can exalt and excite your intelligence. Try to provoke them, to prolong them, these fruitful stimuli, because they're the only things that can push your intelligence to its maximum creative power.

"The man who, from his energy, does not know how to spring forth new desires, practically new individuals destined to assert themselves and destroy all that is old and rotting relic, is not a man. He is a bourgeois, an apothecary, what have you ... Accustom yourself to putting your aesthetic needs above your duties to men."

In the cafes and restaurants of Montparnasse, penniless artists would pay with their paintings and drawings. In the Salon exhibits, rivalries and love stories would intertwine.

Modigliani was handsome and fell in love easily. He had several love affairs and three important and well-known love stories. The first, with the Russian poetess Anna Achmatova, whom he met during her honeymoon. Then he became enamored with the English writer and journalist Beatrice Hastings, a love story which ended with a gun that, fortunately, did not fire.

And finally, he fell in love with the languid Jeanne Hébuterne, a student of the Academy of fine arts. She was 19 years old and became his muse, his lover and the mother of his daughter. Jeanne died two days after Modigliani's death, jumping out of a window while she was nine months pregnant with their second child.

Modigliani, Modì, maudit, as the French would say — damned! He lived in poverty, however much his aristocratic appearance tried to deny it. He slept on the ground and ate when he could. He barely lived long enough to see the day his work began to be appreciated.

And then, on the evening of Jan. 22, 1920, he was found in his freezing studio, lying unconscious in bed. Jeanne was curled up next to him.