Out Of Office: The Stress And Serenity Of Teleworking

Working from home is more and more common in French companies as the perks need no longer to be listed. Still, some workers constantly worry about accounting for their days away from the office.

PARIS — "Honestly, it looks a bit sketchy when your automated email response says ‘absent'…". For this young manager of a major consumer goods corporation, teleworking saves commuting time but it also entails that you make yourself always available.

For Suzie, in her early thirties, who works in a Paris-based American company, the occasional days of teleworking feel strange and wonders if she is suspected — wrongly so, she insists — of wasting time on her couch, far from the sight of her manager. "When I have that feeling, I send an email. It is a small proof that I am working," she explains.

Grégoire Epitalon, associate in the firm of consultants LBMG that helps big companies to implement teleworking, has seen many wrestle with this guilt. "The joke ‘enjoy your vacation' to a colleague about to work from home the next day is sadly quite common and it says a lot…"

This understanding seems to go against the enthusiasm teleworking inspires. In 2018, in the private sector, 29% of workers did it occasionally or regularly, it was 25% in 2017, according to a survey conducted by a French polling firm IFOP for Malakoff Médéric Humanis and published in February 2019.

All the young people interviewed for this article considered teleworking as a great organizational opportunity. It allows you to preserve the balance between professional and personal life according to everyone's obligations — a medical appointment, the nanny needing to leave early, a train to catch. According to this study, 85% of teleworkers have gained "a better balance between professional and personal life," and have noticed they were less tired and more motivated. Overall, it can be a great way to increase productivity and to be able to focus on specific topics, far from the brouhaha of the office.

We see people trying to prove their commitment by being ‘over-present' online.

Still, due to French office culture, working away from one's manager does not always play out smoothly. Firstly, there is "the fear to be forgotten," explains Aurélie Leclercq-Vandelannoitte, researcher from the National Centre for Scientific Research, teacher in LEM/leseg and specialist of work and management evolutions. "People fear they will no longer stand out in the eyes of their colleagues or bosses, and by extension, they fear inequality in the way they are treated, regarding promotions, progress, recognition of their work, and so on. Hence the tendency for the teleworker, to show that ‘non-presence' in the office does not necessarily mean ‘absence'."

Some people even stage their own visibility. "We see people trying to prove their commitment by being ‘over-present' when sending emails or using instant messaging, by going online beyond working hours, very early or very late, in a logic of proof they are committing themselves to the job," Aurélie Leclercq-Vandelannoitte adds. 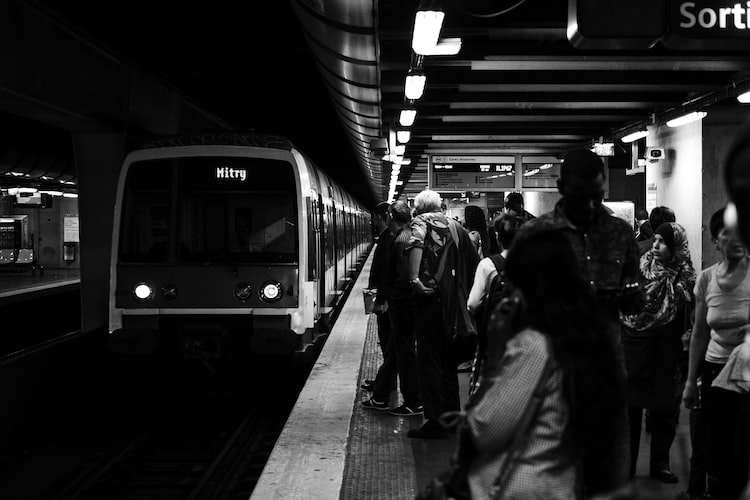 On top of this fear to disappear from the radar screen, you can add a feeling of gratefulness for a granted advantage. "Teleworkers quite often feel in debt for the trust they have been given by their company or managers", the researcher thinks.

It has been observed that a significant part of the commute time that is saved in teleworking is given back to the company. Thus, if for 89% of workers, teleworking has not had an impact on their workload, 11% of teleworkers say they have noticed a rise, or even a large rise, of their workload, according to a study conducted by LMBG on 6,000 people. Six out of 10 teleworkers regret "a difficulty to draw the line between personal time" and professional time, according the French polling firm IFOP study for Malakoff Médéric Humani.

Teleworkers quite often feel in debt for the trust they have been given.

"It's certainly true when you start to telework", Grégoire Epitalon points out. "Generally speaking, after six to twelve months, teleworking enters corporate culture and this feeling fades away."

Charles, a 31-year-old manager in a French big consulting firm, says he has gotten used to some teleworking from his team. "But it is true that when my consultants work remotely, I like to see what they have done at the end of the day, with a recap email on their progress. I feel reassured."

Teleworking won't happen unless there is some cultural change regarding management. For Aurélie Dudézert, a lecturer at Paris Saclay University specialized in management, it requires a paradigm shift, a new philosophy that must incite managers to rethink the organization so that the office is not the only place where one can work from. Instead, too many companies still think in terms of "technology determinism," where digital technology will somehow naturally guide the changes.

Instead, different ways of leading teams must be invented within companies. For Aurélie Leclercq-Vandelannoitte: "teleworking makes new means of managing necessary, especially built around goals and results, and based on trust." Shall we?