An "axe for the frozen sea inside us" - Jez Timms

Against the omnipotence of "reality-show novels" and costume fiction, a group of young French authors want to reassert the novel as a contemporary art.

PARIS — For a number of years, more and more French novelists have succumbed to a pair of troubling trends.

The first is the reality-show novel, a degraded form of autofiction reduced to narcissistic testimonies that satisfy the voyeurism of readers and fill the pockets of publishers. The other is the costume novel, which responds, in a simplistic and backward-looking way, to our need for fiction by limiting itself to a history already understood, without looking at the one that is, the one that comes, a history that is frightening and elusive, certainly, but not indescribable.

Both types of novels are overused. And both prevent new writers from both inventing new forms of writing and expressing contemporary sensibility.

Each autumn, it's the same: Publishers put out these small stories that, in reality, are nothing more than critically acclaimed egotistical reality-shows sold as "novels," both by abuse of language and to avoid any legal annoyance.

Autofiction was born 40 years ago, and the genre has had some extraordinary wordsmiths, such as Annie Ernaux. But that's not a standard everybody can attain. Today, writing about oneself comes down to a sort of mannerism that most often produces nothing more than pathetic testimonies wrapped in a digestible style that is justified only in the display of small misfortunes. What triumphs in such books is what Nathalie Sarraute used to call the "small true fact." It's a literature, in other words, that elicits a kind of tearful voyeurism to dictatorially impose experience on the reader.

Make no mistake about it: This is indeed a trend. Some publishers even place orders for such books, in which the author's figure matters more than the text. And they couple it with a well-conducted media plan, one that sometimes feels like a literary knighting for the writer. Honestly, though, we no longer want to see these reality-show novels, even if they are "well written" prize winners and take up so much space in the media sphere.

Enough, give us some air!

Also doing contemporary novelists a disservice is the fashion for costume novels. The formula here is to put the past back in the spotlight. Each new literary year brings with it frescoes and "exofictions" (a sort of biographical novel) in which heroes, victims, executioners and Nazis — all in their period costumes — play with psychological clichés and descriptions that are truer than life ("you'd think you were there!"). The approach is akin to the way pompier painters of yesteryear represented gods, virtues and principles on giant canvases. 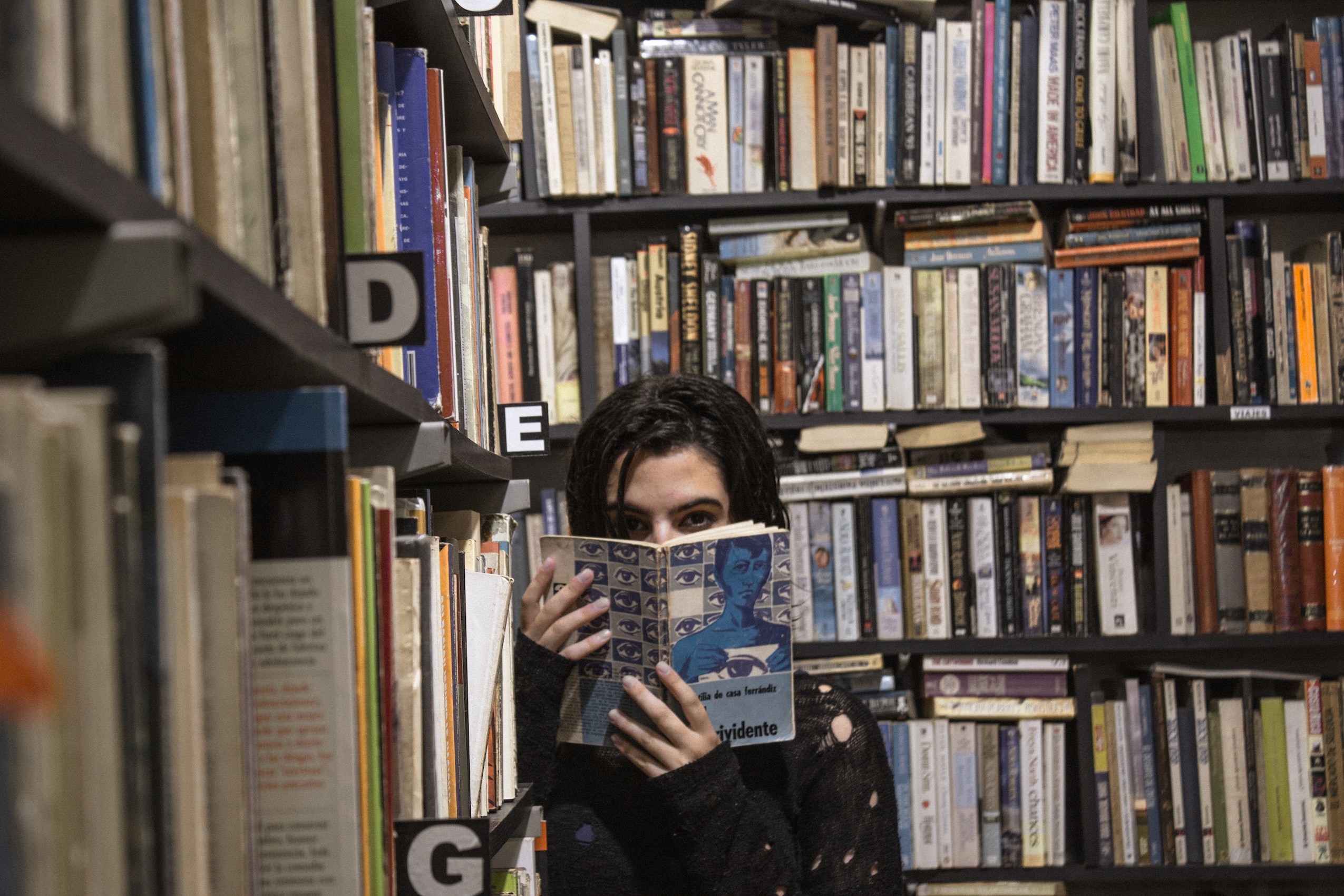 What used to be called the historical novel has become a lucrative business, one that in recent decades has imposed on the landscape a real rear-view mirror style of literature. Certainly, World War I and II and the events of May 68 (your choice) are devilishly fanciful, and it is tempting to write stories about them. But in the end, the result is commemorative literature in which the writing disappears before the gravity of the subject.

Enough, give us some air!

It must be remembered that writing a narrative is not enough to write a novel. The novel is a voice, a style, symbols, metaphors, an artistic coherence. The novel is the art of lying, of artifice, of the imaginary; it is the search for a sensitive form that will tell the reality in a mediated and not immediate way, in an original and not simply individual way.

For us, a novel is not just a pitch, let alone a topic. We do not do storytelling. The novel is neither a show, nor a confidence, nor just a scenario. And, if writing has a therapeutic virtue, this should not be central. The important thing is not only to tell, but how you tell.

Finally, the contemporary novel exists within the scope of a literary history. This history is far from over. Indeed, we are looking to extend it. And so we look for new images, a shocking new syntax. We want to continue this fight with and against language. This struggle is our way of telling the reality. Without it, journalism, which cannot do everything, will remain the only way to speak about the contemporary.

We want to write what has not yet been written.

Is this contemporary so impossible to write? Today, France is cracking on all sides. It is being skinned by those who are supposed to protect it. Violent death can take us away on the next street corner. Europe is disintegrating. The Mediterranean has become a cemetery. To defend a piece of forest, young people are risking their lives. Chaos is rising. Powers are collapsing. Some people are charming. Others are scary. We do not understand everything. But it is in this time and place that we reach adulthood and write novels.

We want to write what has not yet been written, what is waiting to be understood, to be put into words. This is an emergency. Readers of the future will ask themselves how it was possible that the writers of the 2010s were able to turn their gaze so far away from an era that so urgently required their work.

And yet, the desire and need for fiction are very much intact. Thrillers and crime novels have never sold so well. The same goes for so-called "imaginary" literature: fantasy and science fiction. And among English-language writers, there are plenty of outstanding storytellers.

So why should we French authors give up? What are we afraid of?

The answer, it seems, is finding a way to convey how difficult things really are right now without just transposing it flatly. This is first and foremost a question of seeing the problems, of making ourselves sensitive to them, of not reducing their gravity or avoiding their brutality. Rather than hide from these contemporary realities, we need to face them by tapping into our artistic sensibility.

But for that to happen, we still have to give ourselves space. And that means that the literary world must adapt, and quickly, so that our research and attempts at a kind of living literature — when they do yield results — are properly considered rather than thrown into the "experimental literature" unit. Literary critics need to be able to look for less obvious, more difficult books, to recognize their importance, and thus give them a chance to find an audience.

It will be necessary that, out of the hundreds of novels that are published at the beginning of the new literary season, the media no longer insist on always talking about the same 15. That the issue of style is no longer buried at the bottom of the articles, or even ignored entirely in some.

That festivals try to invent other forms of literary debate than around "themes" that reduce the book to just one topic.

That the members of literary juries no longer remain in their position for more than two or three consecutive years. That the juries are equal.

That they don't despise books from small publishing houses.

That they no longer get paid by major publishing houses.

That they courageously demonstrate autonomy, both from the media and from commercial successes. So that they simply retain a judgment of their own: that they may revolt us, but above all, that they surprise us.

Finally, let us not stop at the sacrosanct list of prize winners. Let us resist editorial fashions and set phrases, like "French novelists don't know how to, or don't want to write fiction."

We are novelists, but also poets or playwrights. We are still young. We devote our time and minds to literature. We are passionate about it. We want to write novels because, in the face of this reality that some people flee and others reduce to their navel, we believe that fiction has a role to play. For us, fiction displaces reality: it has the double power to change our gaze on the world and to move us.

We are novelists, but also poets or playwrights.

Of course, this often results in disconcerting books. But perhaps, for these monstrous times, we need monstrous novels: deformed novels that border on catastrophe, dare poetry, that are not afraid of the unpublished and the unspeakable. We want to awaken the monstrous power of the novel, its formidable power of demonstration. We want books that, as Kafka wrote, can be an "axe for the frozen sea inside us." Otherwise, we will all end up reporters, suffocated between autofiction and exofiction.

We are not a school, because there is no panacea in literature. We don't all agree. But there's one thing that brings us together: We want the novel to be not just a commodity, not even a means to make people read, but a burning and necessary issue. A contemporary art.