BUENOS AIRES — "I'm in the literary gang and Borges is my godfather..." Serhiy Borschevsky is the "last remaining" translator in Ukraine of the works of the 20th-century Argentinian writer Jorge Luis Borges.

Speaking to Clarin on his first-ever visit to Argentina, Borschevsky noted that "Borges is very popular in Ukraine. His books sell out and intellectuals cite him all the time."

The 73-year-old translated an anthology of more than 100 Borges poems in 2010, which followed his 2008 contribution to a compilation of Borges short stories and essays. In 2017 he translated The Book of Imaginary Beings, in 2018 The Book of Sand and Shakespeare's Memory in one volume, and his translation of Seven Nights, which compiles Borges lectures from 1977, is to come out this year in Ukraine.

The first examples of Argentine literature translated into Ukrainian trace back to the 1950s. Borschevsky, who was born in March 1946, studied foreign languages in university. In 1976, in a local literary review Vsésvit or Universe, he read The Immortal, a Borges short story and the first of his texts to be translated into Ukrainian. For Borschevsky, it was an entry into a whole new world.

Translators are links between cultures.

"I immediately fell in love with that story," he said. "That moment was something new, very new. The manner of exposure. It was an unknown type of literature." Effectively in the 1970s, when Ukraine was part of the Soviet Union, hardly anyone had heard of Borges. Between 1983 and 1984, someone gave him Borges the Memorious, a compilation of conversations with the novelist.

As a young man Borschevsky would take a bus to the city center, to go and listen to Latin American students. It was the only way of having contact with that culture, he says, while living in "that cage called the Soviet Union."

While in Madrid in 1920, Borges wrote a book of poems, The Red Psalms or Red Rhythms, wherein he extolled the 1918 Bolshevik revolution. One of his biographies recounted how nobody would publish them, and how he ended up burning them before returning to Argentina. He told an interviewer in 1981 that he initially supported the Communist revolution, hoping it would bring a "world without frontiers" and social justice, before he observed its dismal return "to czarism." Later, he would "break with all that," says Borschevsky. 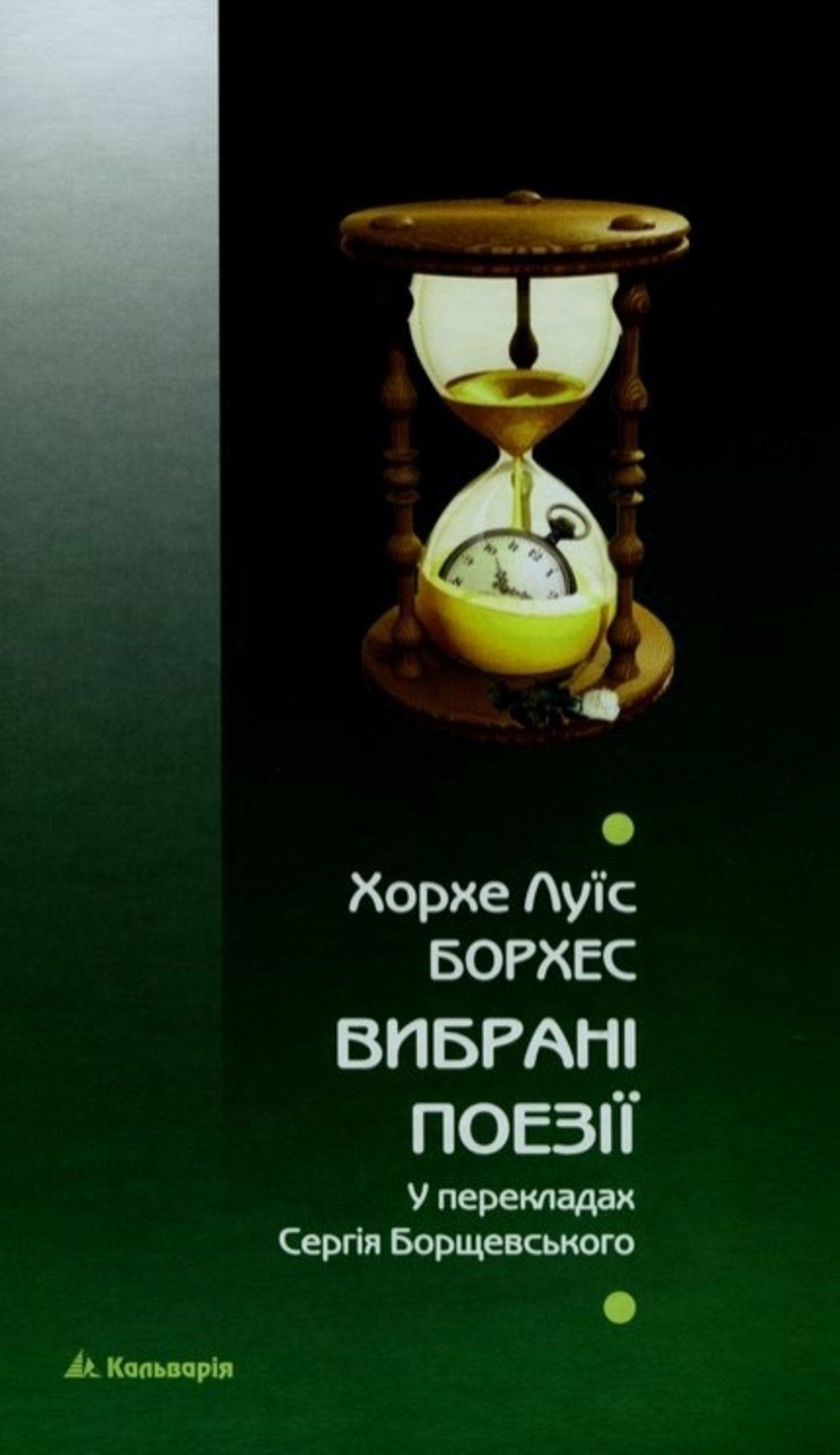 Collection of poems by Borges translated into Ukrainian — Source: Olx

Culture, says the translator, is common to humanity, and distance is not in itself an obstacle. "Borges himself considered Shakespeare, Homer and Milton his contemporaries. It is the same with me. I am a pupil of Borges and his thought. He understood these things. My work consists in bringing my people closer to these treasures. Translators are links between cultures."

Of his first visit, finally, to Buenos Aires, he added: "The city, the people. I feel at home. I don't feel in a foreign surrounding. For me, it's a very intimate city." Argentina, he notes, recognized a briefly independent People's Republic of the Ukraine in 1921 and was "the only state in this hemisphere that recognized our independence. I don't forget it a single day of my life." Argentina awarded him a medal for his work in 2014.

Borschevsky describes himself as the last of four Ukrainian translators of Borges. "New translators appear but I couldn't say for sure whether or not they will stay. Earning a living from translation is very difficult. The fees are quite small."

What is his favorite Borges poem, I ask. "Poem of the Gifts," he says. And his favorite story? The Immortal — though he pauses and adds, "I prefer to answer another way: the complete works of Borges. He never disappoints, ever."

Too Smart For Our Own Good? Imagining Future Human Evolution

As people continue to push the boundaries in areas like AI and biotechnology, it's worth asking w...