After 40 Years, Bidding Adieu To Versailles

VERSAILLES — With the attention to detail that comes with doing something for the last time, Béatrix Saule checks on the 200 clocks that chime one after another. She unfolds a shutter to protect the drapes from the sun. She tests the floor to see if there's any movement in stonework.

Saule has been doing some of these tasks for decades, going all the way back to 1976, when she first came to the Palace of Versailles. She's lived here — in France's grandest château — ever since. But now, after a 40-year career, the site's chief curator is finally set to retire.

"I've done all the different jobs here. It is a truly diverse place and offers so many possibilities," says Saule. "I worked in sales, set up exhibition programs, created the cultural services board and finally took over the general management. At one point I was even in charge of security and maintenance."

"One of my claims to fame was the introduction of the vacuum to Versailles!" she adds. "I was the steward of the château, nearly a mistress of the house. That was at the time of graffiti and chewing gum in the locks. All that's a thing of the past. But today we've got the problem of selfies, which are very troublesome. Nowadays people consume tourism. It's all about 'doing' Versailles. Before, I think people looked more. They were better at taking everything in." 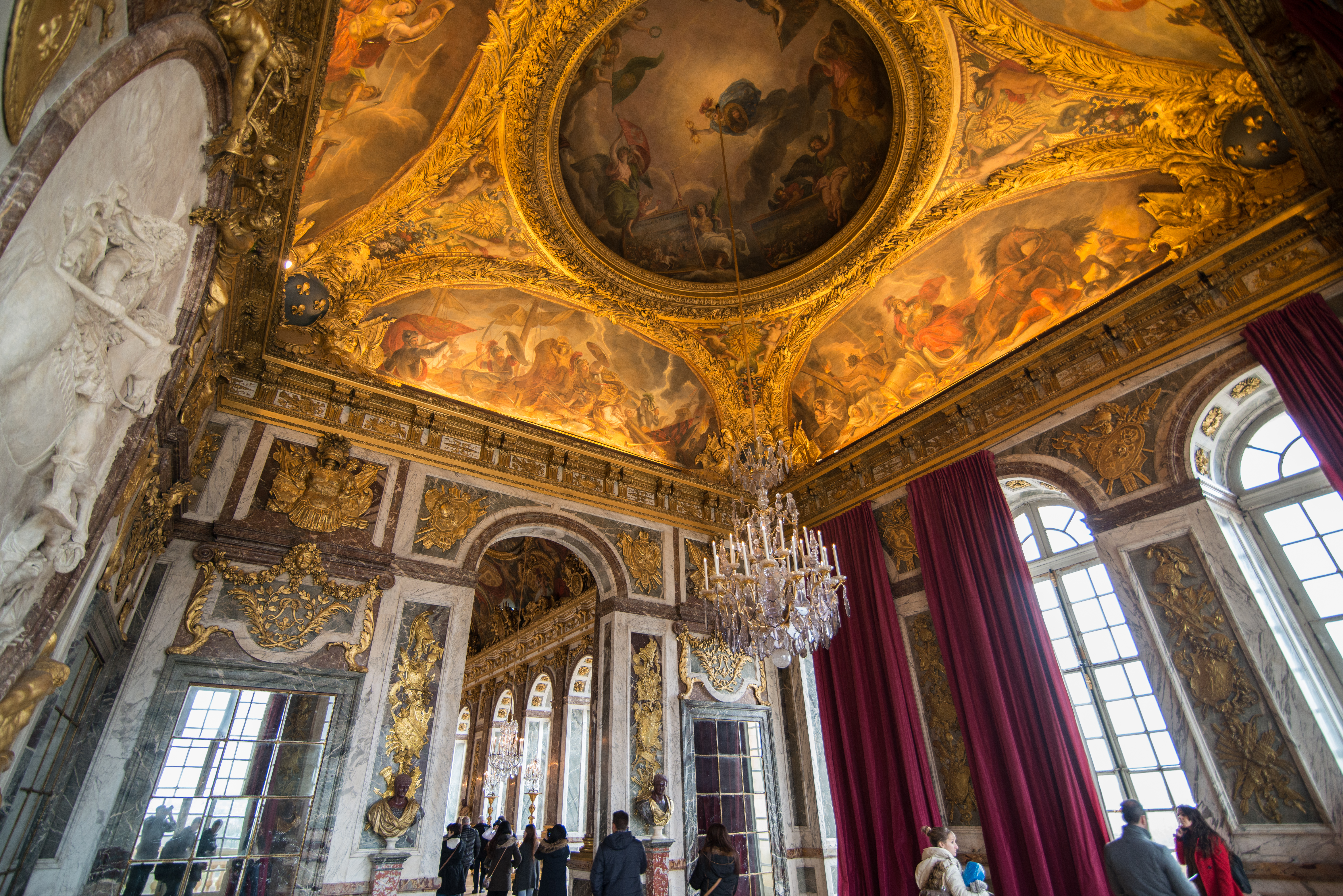 Keys to the kingdom

Saule recalls her early days in the Palace and the thrill she got from having the run of the place. The first few weeks were "intoxicating," she says. "We'd open everything with your keys. Wander around at night. Back then, of course, the security situation wasn't the same. We had total freedom. We could even go out onto the rooftops."

At the start of her time at Versailles, Saule and her colleagues didn't have the budget or the manpower available these days. "On the museum preservation team there were just six of us," she says. "We were Jacks of all trades. Everyone did a little of everything." She remembers on one occasion conducting a fire drill in the "Orangery," a greenhouse area connected to the Palace. Saule stuffed an old cauldron with paper and lit it on fire. Then, with some of her colleagues looking on, she took a fire extinguisher and showed them how to use it.

"Back then, preservation was very old-fashioned, very erudite," she says. "It was Gérald Van der Kemp, understanding the importance of communication and patronage, who brought modernity. They turned it into a public institution and that changed everything. Today, there are true specialists. Versailles has ambitions and the means of achieving them."

In the public eye

But there have also been real challenges to job. Particularly difficult is the constant criticism she and her colleagues receive. "For some people, we don't do enough; for others, we do too much. No one's indifferent when it comes to Versailles. When something happens, there's immediately a buzz," she says. The decision to restore the Palace's front gate was a case in point. For Saule, it was a necessary and important development. But many people were highly critical.

"It was the same for the new entrance areas in the Dufour Pavillion," the chief curator explains. She says that the architect, Dominique Perrault, pulled off a near impossible feat but that people complained regardless. "One needs to have real humility when it comes to Versailles, to avoid the impulse of trying to leave one's mark on the place," says Saule.

"A great curator is one who embraces Versailles as a whole," she adds. "The collections are in the decor. The decor is in the buildings. And the buildings are linked to the gardens. At Versailles, you must be a historian, an art historian, a specialist in preventive conservation, and have knowledge of architecture and gardens. I'm a generalist from Versailles." 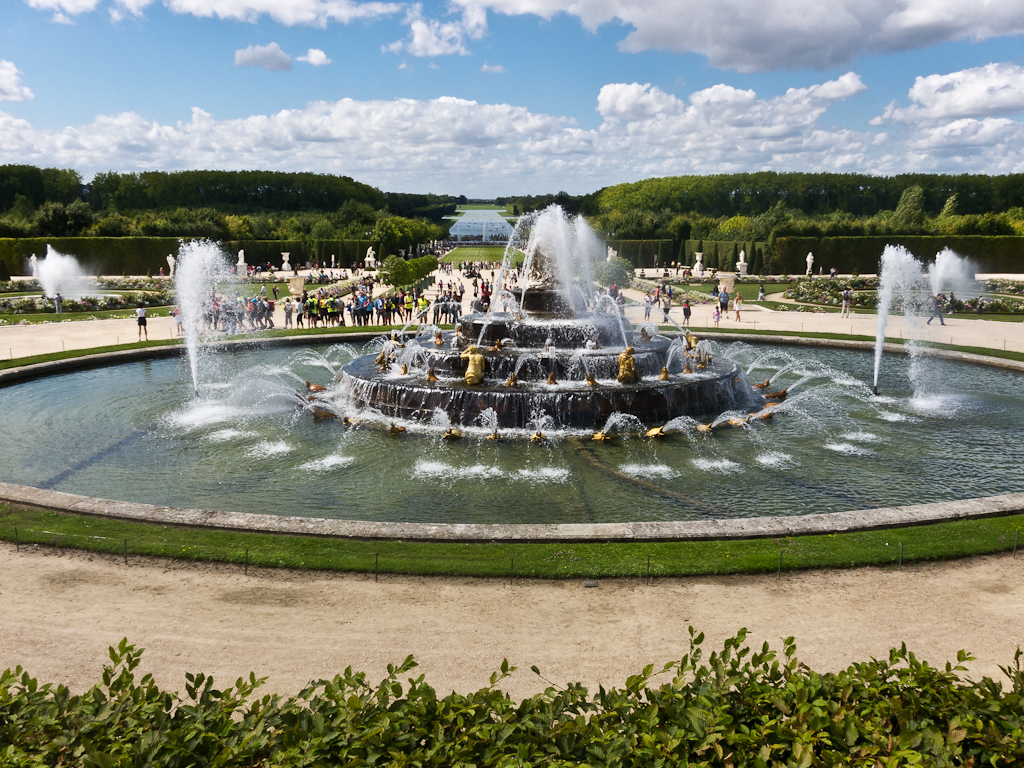 Beautiful fountains are abundant throughout the gardens at Versailles — Photo: David Blaikie

As a top-level manager, Saule had a standing invitation to all of the Palace's various receptions. And yet at some point, she stopped attending. "Still, I experienced some astonishing [receptions]," she recalls. "I met the Queen of Denmark, and the Prince and Princess of Hanover ... Obviously the parties add to the burden of running the château, but they are necessary. The receptions with elegant tables are part of Versailles."

As much as she loves the Palace and adored her time there, Saule doesn't appreciate all of the many items displayed Versailles. The works of contemporary artist Anish Kapoor, who had an exhibition there last year, comes to mind. "Anish Kapoor? (Silence) I did not like Anish Kapoor but I have a duty to be discreet. As for the controversy, the artist himself brought that on. In describing his work as 'the queen's vagina' he knew very well what he was doing ... It's too bad that we talk more about contemporary art at Versailles than about the [permanent] exhibitions that it has."

Over the course of her four-decade-long career, the curator saw more than a few political bigwigs come through the Palace doors. "All of the presidents of the Republic came here. But only Valéry Giscard d'Estaing [1974-1981] truly loved the château," she says. "He's the one who is most interested. He continues to come to see all the exhibitions. As for François Hollande, he came twice because of what Versailles means for French identity. But he didn't come for Versailles."

And now that it's all coming to an end? What does someone who's lived in a sprawling palace for 40 years do as an encore? "Now I just want to enjoy some time off," she says. "That's what I've missed the most. My husband is waiting impatiently so that we can travel or go see a show. Paradoxically, even though Versailles is always a place of parties and celebration, I couldn't do that here. I was always working too late."