A Philosophical Take On Why Emojis Are Just Dumb

Modern languages are rich, beautiful and complex, and took ages to develop. Hearts and smiley faces? Not so much.

PARIS — After a long and costly campaign, the Bretons got their flag last week on the official emoji list. France's Occitanie region immediately demanded the same treatment.

It's no laughing matter. The emoji question mobilizes activists all over the world: Tibet, Catalonia or the Australian aborigines have been refused such a favor; the homosexual symbol was recognized but there's still no transgender emoji; the Taiwanese flag remains banned on Chinese networks; the cannabis leaf has still not entered.

Emojis are also having their day in court. Eric Goldman, a law professor in the United States, notes that there were more than 100 lawsuits filed last year relating to their use. Does sending a "gun" emoji amount to a death threat? That's just one example of the many legal issues surrounding the symbols.

These problems are inevitable when 92% of internet users use emojis, and in nearly 2.3 trillion annual messages. French writer and television personality Frédéric Beigbeder, applying his publicist flair to romantic art, even put a laughing emoji on the cover of his latest book, which contains whole pages written in emojis.

No longer are they a simple adolescent coquetry or a passing fashion. Emojis have now made into the heart of political, diplomatic and even literary subjects, and that's why it's important to call attention to cultural regression inherent in these childish images, which I pride myself on never using.

In The Order of Things, Michel Foucault interprets the advent of the age that brought us the Enlightenment and progress as the disconnection between the signifier and the signified through the phenomenon of representation. Like the Menenes refracting in the mirror of Velásquez's painting, we have learned to handle abstract symbols, trading currencies rather than rare materials, researching things we can't actually see, using words to represent things.

Emojis, in contrast, take us back to a mystical era when the sign had to stick to its reality.

Emojis, in contrast, take us back to a mystical era when the sign had to stick to its reality. They cross the Rosetta stone in the opposite direction, going back in time to the hieroglyphs. In this flattening of thought, universality no longer exists: the pictogram "man" or "woman" cannot exist as a concept and must logically be available in all skin or hair colors (redheads and veiled women have recently obtained theirs), until one day each claims its own image, a unique and vain layer of self. It would be the end of all possible communication.

It's not surprising, furthermore, that this collapse of the symbol coincides with the brutal return of aristocratic governance. While languages have always evolved spontaneously, emojis are regulated by a monopoly body, the Unicode consortium, responsible for providing a standard computer code for all the characters likely to appear on a screen (of which emojis are only a tiny portion). 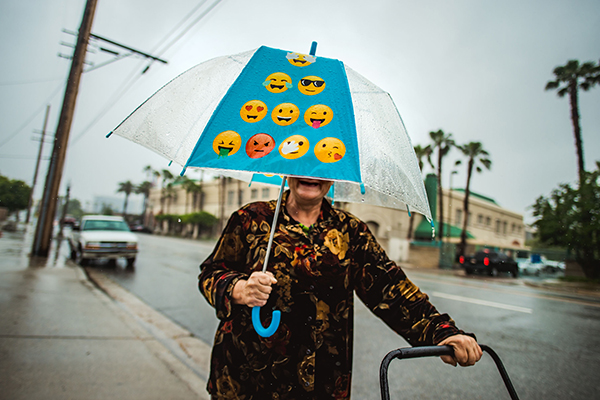 Among the handful of members with voting rights are Netflix, Facebook, Google, Huawei, Apple, Microsoft, as well as, mysteriously, the Sultanate of Oman and the government of Bangladesh. Then there are the "associate members" like Twitter, Tinder and Amazon.

It is to these entities without the slightest democratic legitimacy that the Bretons, so wary still of central powers, had to submit their humble request and subject themselves to the strict (but also hilarious) Unicode rules and answer things like, "Could the proposed emoji be the object of multiple uses?" l'm still trying to figure out how that might apply to the Breton flag.

The real question, though, is why we accept authoritarianism from a group of web overlords who care nothing about us. And even if you're a technophile, and revel in the connectivity and speed of exchanges that technology provides, you can still use words. A sharp or pungent answer certainly requires more cognitive effort than a smiley face. It's more work, obviously, but that's the price of a civilized conversation.

Sorry Beigbeder, but as the title of a book, an emoji crying with laughter means nothing. After all, critics couldn't even talk about the work until they'd first renamed it. There are hundreds of adjectives in our language to express an infinity of nuances of joy, and so even if we're texting, let's text sentences (for crying out loud)!

*Gaspard Koenig is a French philosopher, essayist and president of the think tank Génération Libre.