The best one? Berlin – part of the legendary collection of art dealer Heinz Berggruen (1914-2007) housed since 1996 in a palazzo-style building across from Schloss Charlottenburg royal palace.

Berggruen’s collection doesn’t only comprise top-class work by Picasso, but other classical modern artists – Cézanne, Braque, Matisse, Klee and Giacometti – as well. In 2000 when the Prussian Cultural Heritage Foundation, encompassing Berlin’s state-run museums and other cultural entities bought the priceless collection for the “symbolic” sum of 130 million euros, the Berggruen Museum became one of Berlin’s most attractive cultural addresses right up there with the city’s Museum Island. 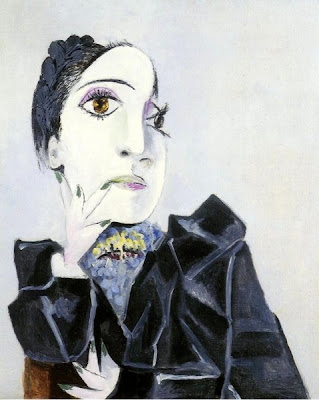 Since the summer of 2011, the museum has been closed for expansion and restoration – and although the Berlin architectural firm of Kuehn Malvezzi has added 10 new rooms by joining the existing building to the one next door in a federally funded, 6.5 millio euro project, the sense of intimacy that helped make a visit to the Berggruen collection so memorable in the past has not been lost.

The 20-meter-long steel-and-glass pergola that links the two buildings offers a view of the new sculpture garden, and the additional space inside means that the 250 art works could be re-hung in a way that brings out their full intensity.

The original building is now exclusively devoted to Picasso. Berggruen’s Picassos reflect his collector’s passion and are rounded out by loans from Berggruen family holdings. The collection offers a wide-rangng number of works that include paintings but also works on paper, prints and sculptures. The selection takes us from the young artist’s realism though his Blue and Rose periods, analytic and synthetic Cubism, the surrealism of the 1930s and 1940s, then through to the trials of strength of his old age – the Spanish artist kept producing until he died at the age of 92 in 1973.

All the artist’s favorite subjects are represented: the circus folks and the poor he painted in his bohemian phase in Paris in the early 1900s; the array of women – bathers, mothers, lovers, reclining models and sleeping nudes – painted over the years; the Cubist still lifes, experiments in taking apart and reassembling; the characters from Greek and Roman mythology; the masks of the artist as an old man.

But if the collection covers all phases of the artist’s production, it does not pay the same amount of attention to each: Berggruen the art dealer, collector and friend of the artist’s was less at home with the aggressive Picasso than he was with the lyrical Picasso.

The result is that some Picasso connoisseurs may find things missing here and there – perhaps some monumental dancers on the beach from the 1920s, bitter emblematic figures from the Guernica period, or wild and defiant late work. But what are a few lapses in the face of such a jubilant array? Just taking in a drawing like ''Dora Maar with Her Hair Loose,'' that Berggruen bought at a Paris auction in 1998 for $994,000, is a huge art experience.

Moving on to the new part of the museum and to the delicately poetic work of Paul Klee (1879-1940) is like changing worlds. The 60 small-format works by the Swiss artist are the second focal point of a collection also renowned for its bronzes by Swiss artist Alberto Giacometti (1901-1966), including his famous Cat; joyful vibrant color cutouts by French artist Henri Matisse (1869-1954); and several portraits and a study of an apple by Paul Cézanne (1839-1906).

Heinz Berggruen was born in Berlin to a Jewish family, and fled the Nazis in 1936. He returned to Berlin in 1996 – bringing his art collection with him in what the New York Times in its obituary of Berggruen called a “powerful gesture of reconciliation.” – and is buried there.