When Billionaires Turn To Nonprofits

NEW YORK — Amazon.com Inc., Berkshire Hathaway Inc. and JPMorgan Chase & Co. are publicly traded, profit-oriented corporations. So it is interesting that when they announced their new joint health-care venture this week they made a point of saying it would be "an independent company that is free from profit-making incentives and constraints."

Interesting but maybe not all that surprising: Around the world, health, life and property insurance, as well as various other financial services, have long been provided by nonprofit organizations, mostly in the form of customer-owned mutuals. From the 1960s through 2000s, wave after wave of conversions turned many of these entities — especially in the U.S. and U.K. — into shareholder-owned for-profit corporations. But since the global financial crisis, the idea that corporations out to maximize shareholder returns might not always be the best at managing financial and other risks has undergone something of a revival.

Just to be clear: It looks like this new Amazon-Berkshire-JPMorgan entity will be owned by the three companies, not the employees it serves. That is, it won't technically be a mutual. But the three companies' apparent belief that the for-profit-insurer-dominated private health-care market in the U.S. isn't cutting it — and that "profit-making incentives" are at odds with improving health-care delivery and cutting costs — got me thinking about the strengths and weaknesses of mutuals and other nonprofits relative to conventional corporations.

Mutuals that are owned by and distribute excess cash to their customers have been around for centuries, in many cases predating their for-profit counterparts. Some of the first insurance companies were organized in the 1600s and 1700s in the Netherlands and U.K. as customer-owned cooperatives, and the mutual organizational form has remained prominent in life and property insurance ever since. The 1800s saw an explosion of mutual activity, with fraternal organizations, trade associations, labor unions, social reformers and philanthropists starting co-operative lenders, health-care providers, pension funds, groceries, farming enterprises and even factories. This continued into the 20th century, although in Europe these mutual organizations were often co-opted or supplanted by government social insurance programs.

In the U.S., mutuals and nonprofits with mutual-like characteristics have continued to play major roles in insurance, money management, health care and other fields — including outdoor gear, which is top of mind at the moment because I recently spent a bunch of money at customer-owned Recreational Equipment Inc. But these mutuals and co-ops have just spent several decades on the defensive, with "demutualizations" in which mutual customers are given shares in newly created for-profit corporations transforming sector after sector.

I think this trend started with mutual funds, sort of. The first mutual fund, Massachusetts Investors Trust, was founded in 1924 as a true-blue customer-owned nonprofit. Most of the funds that followed in its footsteps were controlled by for-profit investment advisers, but for decades after the 1929 stock-market crash, those advisers acted more like cautious trustees than risk-taking profit-maximizers. Things changed during the booming stock market of the 1960s, with fund advisers getting much more aggressive in their investing and marketing, and in some cases acquiring competitors. In 1969, Massachusetts Investors Trust threw in the towel, demutualizing and transforming itself into Massachusetts Financial Services, which is now a subsidiary of Canada's Sun Life Financial Inc. Mutual funds themselves are all still technically mutual, but the business (with one huge exception that I'll get to in a moment) really isn't.

Savings and loans demutualized in a more formal fashion in the 1980s, after the Garn-St. Germain Depository Institutions Act of 1982, in an attempt to attract new capital into the struggling industry, made it much easier for customer-owned S&Ls to convert to shareholder-owned corporations. (Credit unions remain the banking industry's mutual holdout in the U.S.) Then life insurers began a great demutualization wave in the 1990s, with many of the industry's biggest names — MetLife Inc., Prudential Financial Inc., John Hancock — switching from customer-owned to publicly traded. The Blue Cross and Blue Shield Association of mutual health insurers began allowing its members to switch to for-profit in 1994. And with Sweden, of all places, leading the way in 1987, stock exchanges began demutualizing as well.

For exchanges, it's pretty easy to make the case for demutualization. With technological change, deregulation and internationalization transforming their business landscape, single-country, member-owned mutuals were in no position to compete. Publicly traded exchanges could raise capital, merge across national lines and take other steps that wouldn't have been practical under a mutual structure. 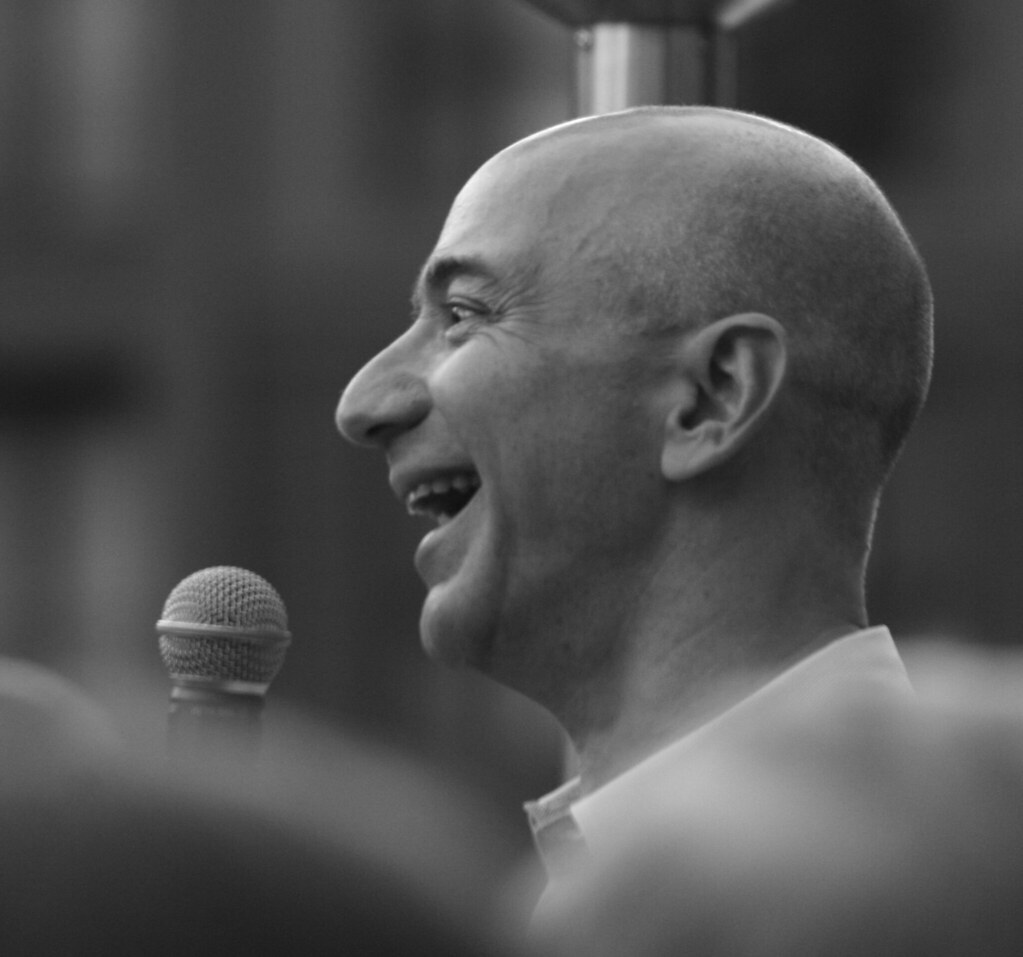 Access to capital and increased flexibility have been offered up as leading reasons for demutualization in other industries as well. Also, in an influential pair of 1983 papers, finance scholars Eugene Fama and Michael Jensen argued that mutuals and other nonprofits lacked some of the control mechanisms — the threats of hostile takeover and shareholder activism, mainly — that kept managers of publicly traded corporations from taking advantage of owners. Empirical research since then has shown demutualized companies to be more efficient and achieve higher returns on capital than their mutual peers.

But that's not the end of the story. It's not entirely coincidental that the mass demutualization of the savings and loan industry in the 1980s was followed by an industrywide meltdown that cost taxpayers more than $100 billion. And remember Northern Rock, the U.K. institution that suffered a bank run in 2007 that was an early harbinger of the financial crisis? It had demutualized in 1997. On the whole, mutual financial institutions seem to have held up better during the financial crisis than their for-profit competitors. Mutual executives have fewer incentives to take risks, and that can sometimes be a good thing. There's also evidence that mutual executives do more than just pay lip service to their customer-owned status. Mutual auto insurers in the U.S. — especially those such as Amica Mutual and USAA that pay regular dividends to customers — pay out a higher percentage of their premiums in claims than for-profits, according to one recent study. Mutual insurers perennially top for-profits in customer satisfaction rankings, and credit unions perennially top banks (although the banks have been catching up lately).

All in all, then, it seems that mutuals are, if not necessarily better than investor-owned for-profit corporations, pretty nice to have around. During and after the financial crisis, consumers seemed to take notice of this, with mutuals' share of the global insurance market jumping from 23.6 percent in 2007 to 27.8 percent in 2013, according to the International Cooperative and Mutual Insurance Federation. That share has since sagged backed to 26.8 percent, though. Mutuals' advantages may be less apparent when times are good.

Also, while there are multiple forces pushing mutuals to demutualize — not least the possibility of stock-market riches for their executives — there's very little pushing in the opposite direction. The only major conversion to mutual status that I can think of in the U.S. over the past half century was Vanguard Group Inc., which arose in 1974 out of a power struggle at for-profit mutual fund adviser Wellington Management during which ousted president John C. Bogle talked the board members of Wellington's mutual funds into seizing effective control of the whole operation. That was a rare case where mutualization seemed to help a top executive's career prospects (although in the long run it probably resulted in Bogle making a lot less money than if he had simply gotten a job at another mutual fund company).

Starting new mutuals isn't easy, either: The health-insurance co-ops created by the Affordable Care Act were undeniably a bust, although there's disagreement over whether inadequate support or design flaws doomed them. And New York's Freelancers Union, another relatively recent addition to the mutual landscape, got out of the health insurance business in 2014 after ACA rules made it impractical.

Once up and running, though, mutuals can be formidable competitors — as everyone else in the mutual fund industry can attest after decades of rapid growth at low-fee index-fund innovator Vanguard. Health care in the U.S. could sure use some low-fee innovation. Maybe, just maybe, Amazon, Berkshire and JPMorgan will find a nonprofit, mutual-ish way to get there. There are precedents: Nonprofit investment giant TIAA was founded by steel magnate Andrew Carnegie; the mostly nonprofit Kaiser Permanente health-care system was the doing of another industrialist, Henry J. Kaiser. For modern magnates Jeff Bezos, Warren Buffett and Jamie Dimon, creating something like that — or something better — would make for a pretty nice legacy.