Alcohol consumption may be down in Russia, but profits are soaring for Sergei Studennikov, whose Krasnoe & Beloe (Red & White) supermarket chain specializes in beer and booze.

Crackdowns on kiosks and ads, electronic inventory tracking and higher taxes have all succeeded in suppressing consumption. They've also cleared the field for a Soviet-era bootlegger with a knack for navigating complex rules to make a fortune selling cheap booze.

Sergei Studennikov opened his first discount liquor store near the gritty industrial hub of Chelyabinsk on the Asian side of the Ural Mountains a dozen years ago. Today, his Krasnoe & Beloe chain is the fastest-growing major retailer in the country, with 6,700 outlets in 57 of 85 regions, a rollout that intensified during the longest economic slump of Putin's rule.

A sales jump of about 50% to 215 billion rubles ($3.3 billion) last year and another 40% this year has turned the former wholesaler into Russia's newest billionaire, according to the Bloomberg Billionaires Index. And with funding from state-run banks including Sberbank and VTB, Studennikov, who got a taste of profit selling illegal vodka amid an anti-alcohol campaign in the 1980s, said he has no intention of slowing down.

Selling alcohol to a population that's still recovering from a decade-long bender.

"We're opening an average of six new stores every day," the media-averse tycoon said in an interview in the lobby of a hotel in the Russian capital, where he spends so much time discussing often contradictory regulations with officials that he's moving his headquarters here next year.

The breakneck expansion puts Krasnoe & Beloe, or Red & White, on pace to overtake Dixy and Auchan and challenge Lenta for third place among Russian chains by 2021, according to Infoline, a Saint Petersburg-based research group. Market leaders X5 and Magnit, which have spent years studying each other's strategies, now have a self-proclaimed negotiating whiz to contend with.

Studennikov's no-frills business is based on tacking a small array of food items onto a larger assortment of beverages rather than the other way around. An obsession with margins means shelf space is allocated to whichever supplier offers the cheapest price. The mix may vary, but the number of products is held at about 1,300, almost two-thirds of which contain alcohol. 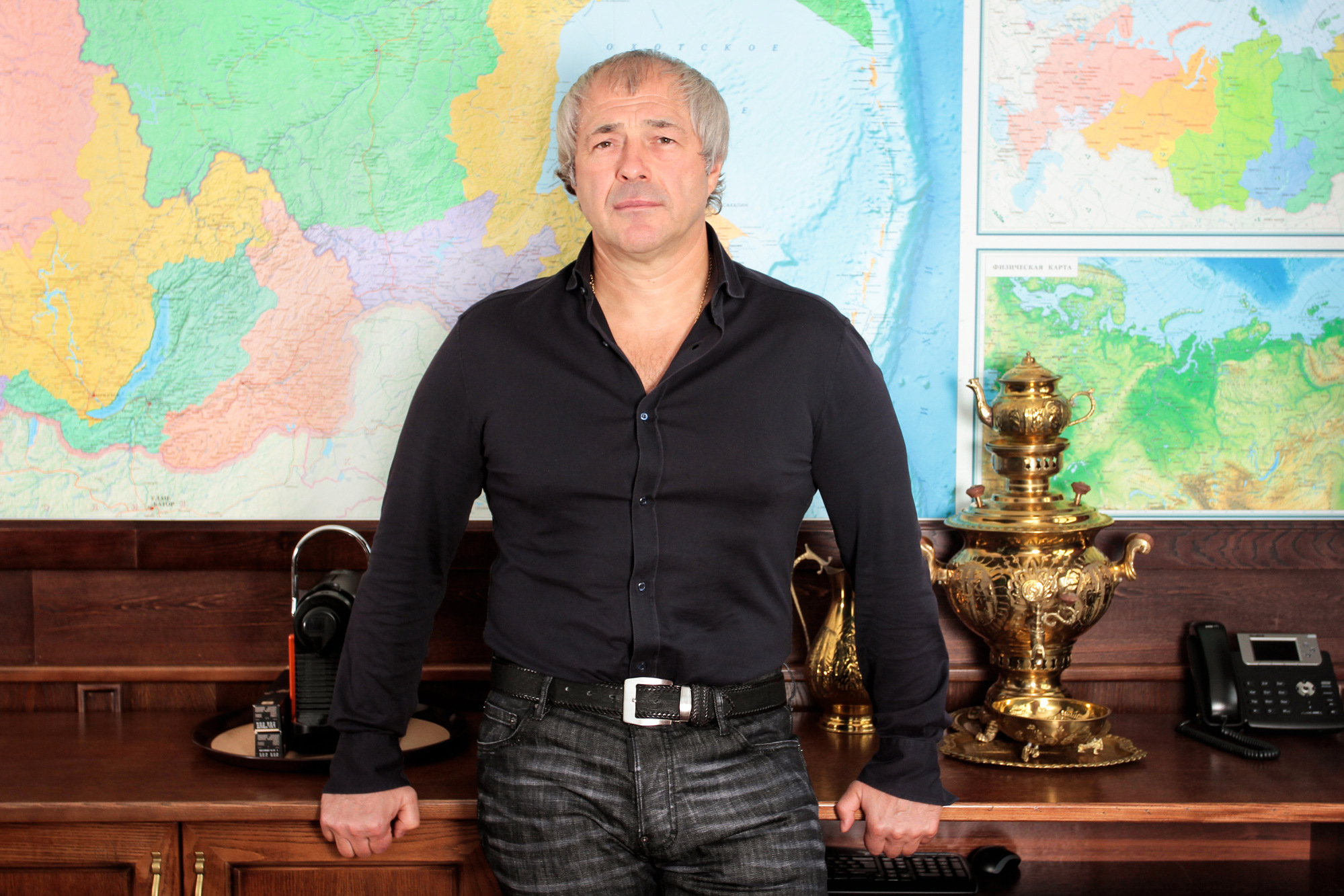 "Alcohol has been the most profitable category for the largest food retailers, but Krasnoe & Beloe is disrupting the market," Fedyakov said. "It's offering a wider range of beer, wine and spirits at lower prices and even taking on the grocery chains on their own turf by selling food."

A typical Krasnoe & Beloe store offers 800 types of alcohol, including imports such as Corona beer, Jack Daniel's whiskey and Barton & Guestier wine — when the bulk price is right. Roughly 400 are basic foodstuffs like coffee, milk and sausages, with the rest a hodgepodge of cigarettes and whatever Studennikov can get a good deal on, be it barbecue grills or toys.

He drives a relentlessly hard bargain, with suppliers as well as his 100,000-plus employees. Former shop assistants, who are paid as little as 25,000 rubles ($380) a month in some regions, say they often had to pay for unsold inventory at the end of every month, a practice he's defended as motivational.

Even the standard storefront in most regions is cheap — sheets of building material painted half red, half white. That gives the outlets, which have a selling space of just 80 square meters, not much more than the average two-bedroom apartment, a kind of retro-Soviet look befitting the brand itself.

Asking someone if they wanted red or white when Studennikov, 51, came of age, meant wine or vodka. These days, after the millennial-led shift away from spirits, it means the same in Russia as it does just about everywhere else.

"The most efficient retailer is the one who offers a limited assortment — like Aldi does in Europe," Studennikov said. "Having too many items to choose from raises costs that are ultimately passed on to consumers."

The newly minted billionaire said it's not all about making money. He also aims to change what he called Russian "attitudes" toward drinking, a history of using alcohol as a way to tune out life.

One thing he's doing that competitors aren't is selling makes of wine that are already rated by international experts. The cost of the service adds as much as 30% to wholesale prices in the industry's fastest-growing segment, but he said he's consistently able to sell decent vintages for less than the ruble equivalent of $15 a bottle. 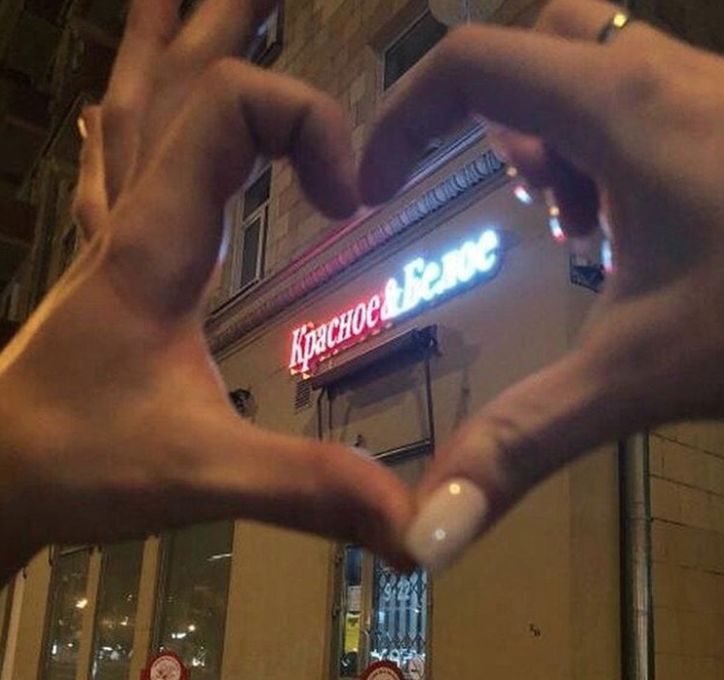 Studennikov uses the same cherry-picking strategy for food as does for wine and miscellaneous items. He sells Jacker, for example, a Malaysian brand of potato chip, instead of Kellogg Co.'s better-known Pringles because it's much cheaper and the quality is similar. He doesn't have the space to offer both.

But it's beer, the biggest alcohol segment, that offers the clearest indication of which distributors are offering Studennikov the steepest discounts. Krasnoe & Beloe carries only a handful of products made by Carlsberg A/S, the biggest brewer in Russia. It sells a much wider variety of brands from Anheuser-Busch InBev SA, a laggard in the once-booming domestic market.

He also aims to change what he called Russian 'attitudes' toward drinking.

Putin has overseen one of the world's steepest declines in alcohol use in the past decade, yet Russians still drink about 80% more than the worldwide average, 11.7 liters of pure alcohol a year, according to the World Health Organization. The UN body said its latest global status report that Russia's level of "heavy episodic drinking" continues to be "very high."

Russia has long been plagued by alcoholism in part because vodka has always been cheap. The government instituted a price floor for retail sales in 2009 only to cut it slightly during the depths of the recent recession to discourage the proliferation of often deadly moonshine. But at less than $3, the minimum price for a half-liter bottle is still less than a Burger King Whopper.

Studennikov said he fully supports stricter oversight of the industry in part because it's dealt a body blow to the black market. Tougher rules have also helped repair some of the catastrophic demographic damage the country suffered during the chaos of the 1990s, when economic and emotional depression drained six years off the average man's life.

"Alcohol should be a flavor of life," he said. "Look at Italy and France, where people just enjoy wine and don't drink themselves to death."